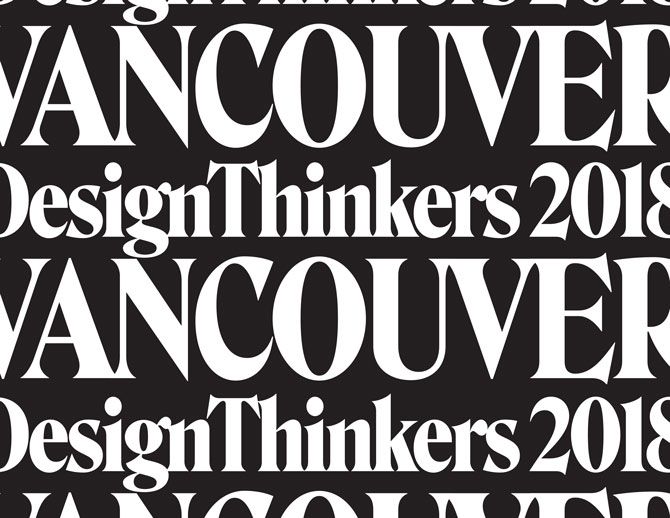 DesignThinkers is back again and this year they are bringing the truth with them.

The annual DesignThinkers conference, hosted by the Association of Registered Graphic Designers (RGD), has officially kicked off with its second Vancouver offshoot taking place yesterday and today (the Toronto dates are later this year). DesignThinkers is the only conference in Canada devoted to visual communication. It showcases speakers and sessions that bring forward new ideas and practices in branding, design thinking, design management, communications technologies and user experience. 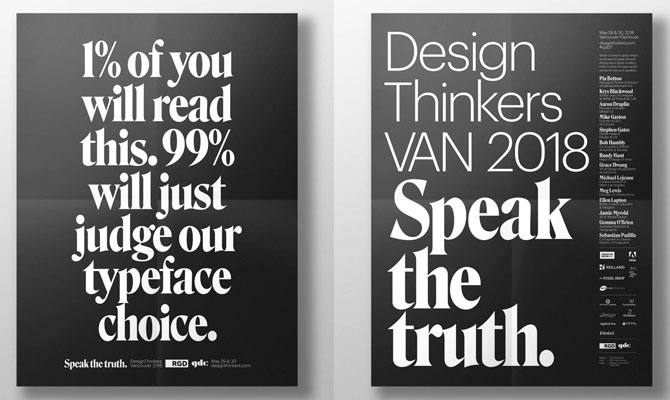 When it comes to creating the identity for the conference, originality and innovation reign. Each year, RGD asks one creative agency to design the identity for that year’s conference, pro bono. Past work has been done by Rethink, Juniper Park and TAXI, among others. So when RGD approached Zulu Alpha Kilo to develop the look for 2018, “it was a big honour for us,” says Zak Mroueh, the chief creative officer of Zulu Alpha Kilo and creative director for the project.

The Zulu team decided they wanted the theme to be highly conceptual and landed on “Speak The Truth.” “We took it as an opportunity to do something fun and cheeky,” says Ryan Booth, the design director for the project. The campaign is centered around what Booth calls “design truths”—headlines capturing the reality of the design world such as “1% of you will read this. 99% will judge our typeface choice,” and “It took five hours to choose this shade of white.” 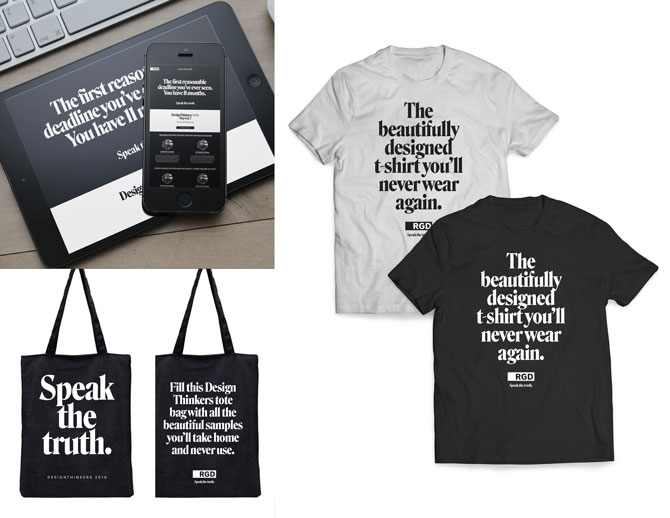 “The theme of the whole thing is we shouldn’t be afraid of the positive or the negative,” says Mroueh. The headlines appear on the conference’s posters, merchandise and website.

“When you get your first book at the conference, everyone is like, ‘Oh, I don’t like this.’ Every year, designers think they can do a better job,” says Booth. This attitude is exactly what the campaign aims to capture—to allow these thoughts to be said out loud and act as a reminder that not everything has to be serious. 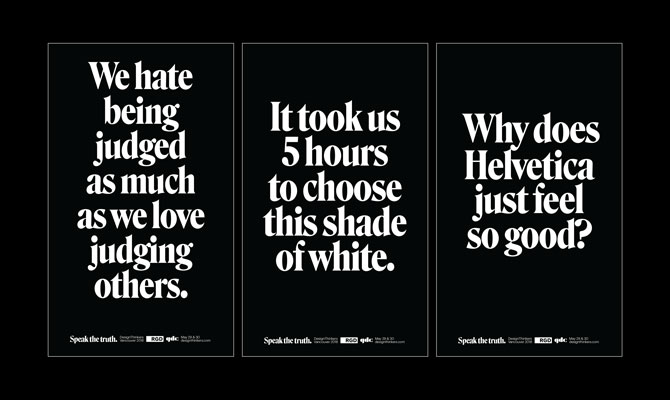 The headlines and Roslindale typeface are nods to the old days of advertising. “The feel is kind of a throwback,” says Mroueh. “In advertising, the whole thought of ‘The headline is dead,’—I was immediately drawn to it.” As for the colour palette? “[They] reinforce our message. Black and white is the truth—we love how it works with the look,” says Mroueh.

Zulu has brought that truth into every aspect of the conference, on everything from lanyards and totes to social media posts. “Injecting a level of fun to everything is a big task,” says Booth. “It was a monumental task for the design team.” 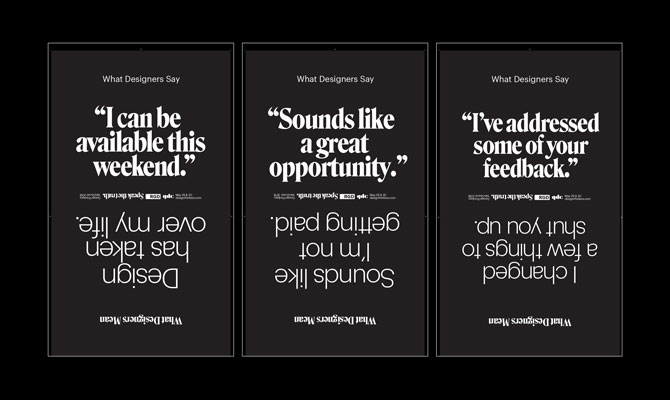 Along with the conference identity, Zulu has created a video that takes the idea of “Speak the Truth” to a new level. It features five different designers hooked up to a lie detector test as they are asked questions about their work and clients, and it turns out the feelings are universal. Check it out below:

Zulu’s work is only half done. On October 24 & 25, DesignThinkers will descend on Toronto with speakers such as typographer Jessica Hische and Pentagram’s Michael Beirut—and Zulu needs to create the second half of the identity. Booth says to expect even more design surprises for that event. One of the key differentiators already is the DesignThinkers website, which has information on the Vancouver and Toronto events scrolling in opposite directions from each other.

To learn more about DesignThinkers and to buy tickets to the Toronto dates, click here.—Sabrina Gamrot 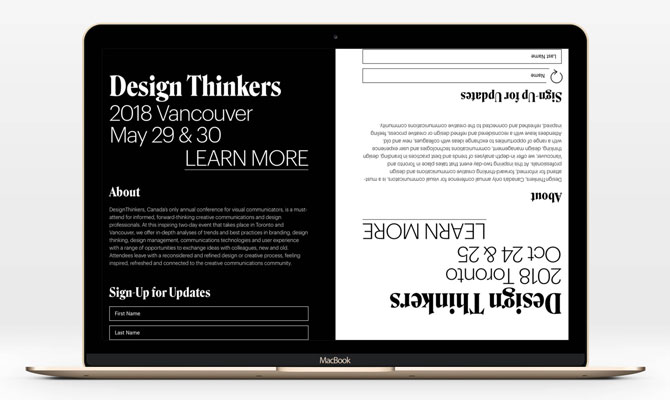 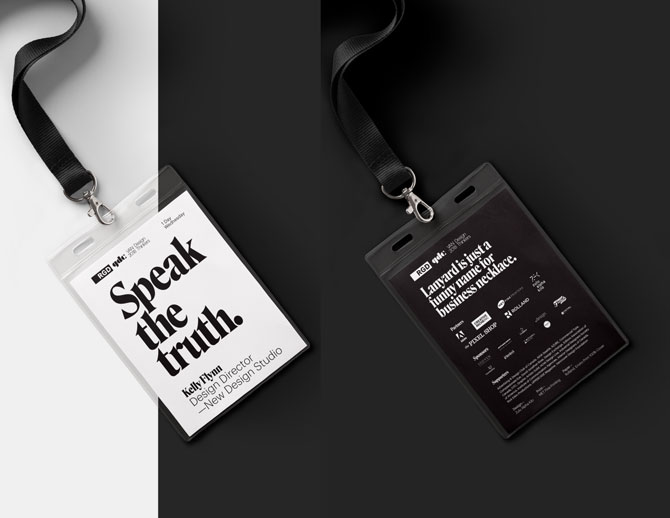