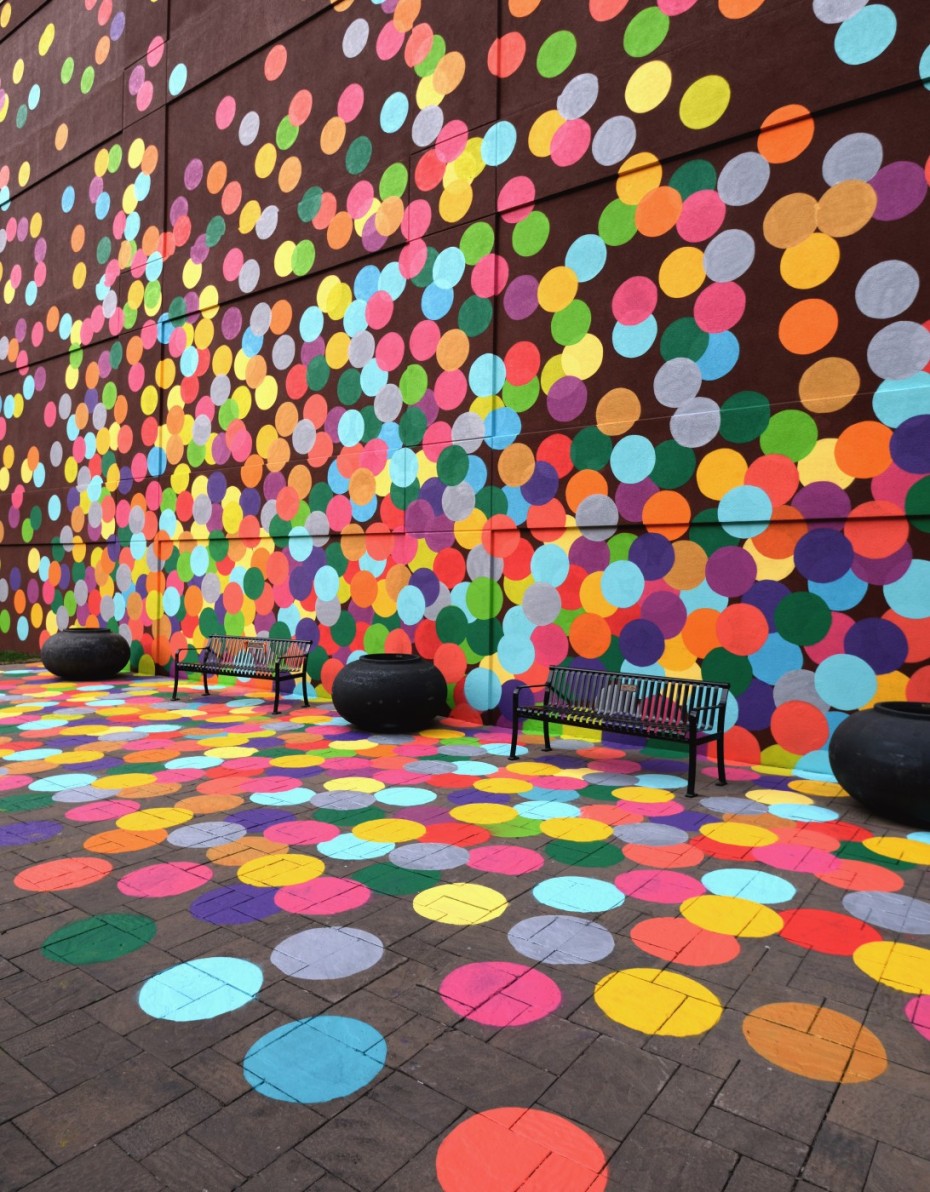 Edmonton park gets technicolour makeover in honour of local LGBTQ+ pioneer.  hcma, an interdisciplinary design firm located in western Canada, was commissioned by the Downtown Edmonton Community League to reinvigorate Michael Phair Park with the goal to create a space filled with the spirit of fun and celebration. The previously plain laneway park in downtown Edmonton, Alberta, was reinvigorated with a kaleidoscope of colourful confetti in honour of its namesake, Michael Phair. Phair was the first openly gay elected politician in the province of Alberta and he was instrumental in shaping the brief for this colourful and performative installation. 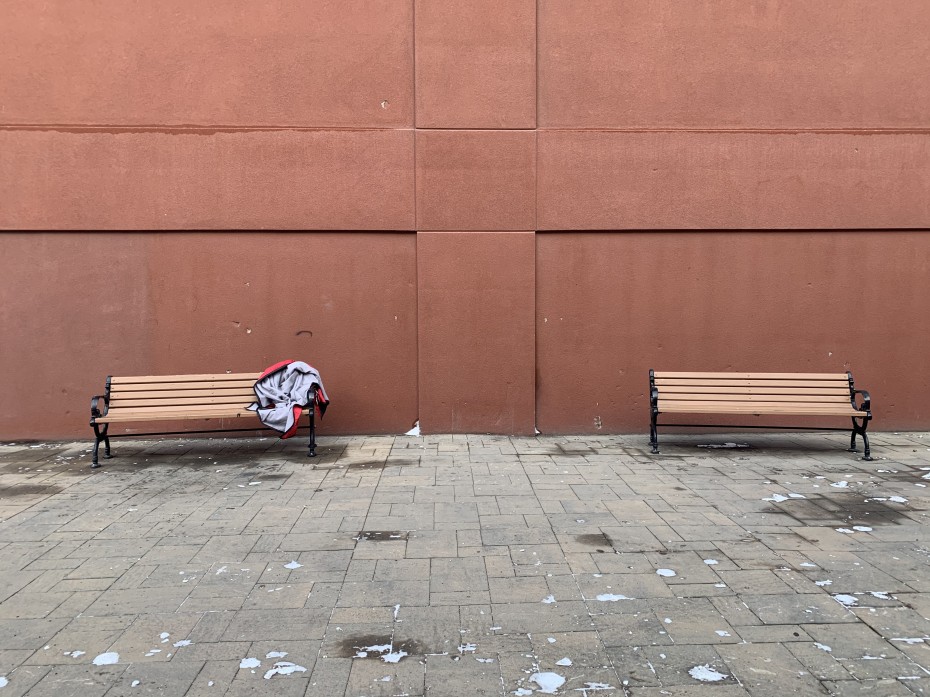 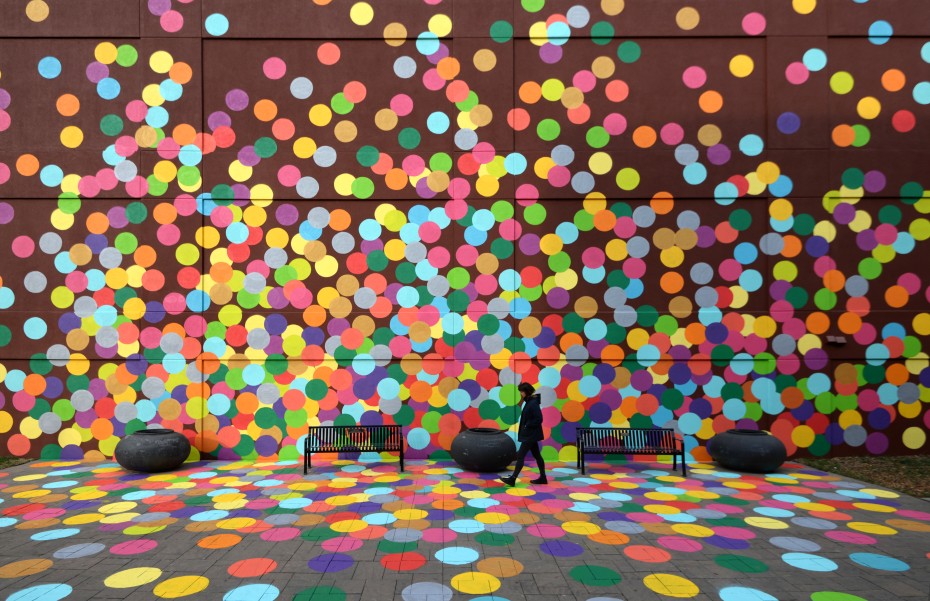 Thousands of equally sized circles cover the building walls that frame the park and spread across the ground, acting as an iconic unifying component of the entire laneway area. Their placement is explosive, performative, and random, an exuberant proliferation of colour that bursts out of the park. New circles will continue to be added during regular maintenance.

“‘Confetti’ aims to be a playful addition to a park that recognizes Michael Phair’s contributions to the city of Edmonton and Alberta. We hope this activation encourages more people to explore, linger and enjoy a space that might otherwise be overlooked.”

“Confetti” was funded by the City of Edmonton, through their Downtown Vibrancy Strategy grant.

hcma designs buildings, brands, and shared experiences that connect people. We believe these connections can help solve the complex challenges we face. We advocate for inclusive, accessible design that embraces everyone and minimizes environmental impact. We’re multi-skilled, but driven by a shared purpose: to maximize positive impact. We achieve it by learning from others. By challenging ourselves. And by applying relentless curiosity to create the lasting change we all want to see in the world.