How RPA LA got out the vote on Nov 3rd

After hours pouring over our Advertising Awards entries, we invited jurors to share their own work faves for 2020 – the year that galvanized us all, in more ways than one. Nowhere was that more true than in the USA, where the November 3rd Presidential election competed for dominance of the headlines for much of the year. Not despite those other headlines, but because of them – the pandemic, BLM, systemic inequality, and, the very heart of democracy, the right to vote – the push to get the vote out was loud and clear from interest groups.

With the election already in full swing, RPA partnered with Equality California and Toronto-based Headgear Animation, to create a PSA that hoped to rally LGBTQ+ and allies alike to get out (pun intended) and vote. Using bold animations that incorporate the colors of the rainbow flag, and dialogue powerfully delivered by actor and activist Billy Porter, RPA created a message of diversity and unity that implores viewers to join the fight for equality at the ballot box.

With major-award-winning work for the LGBTQ+ community already under her belt, Krystle was well equipped to take on this project. 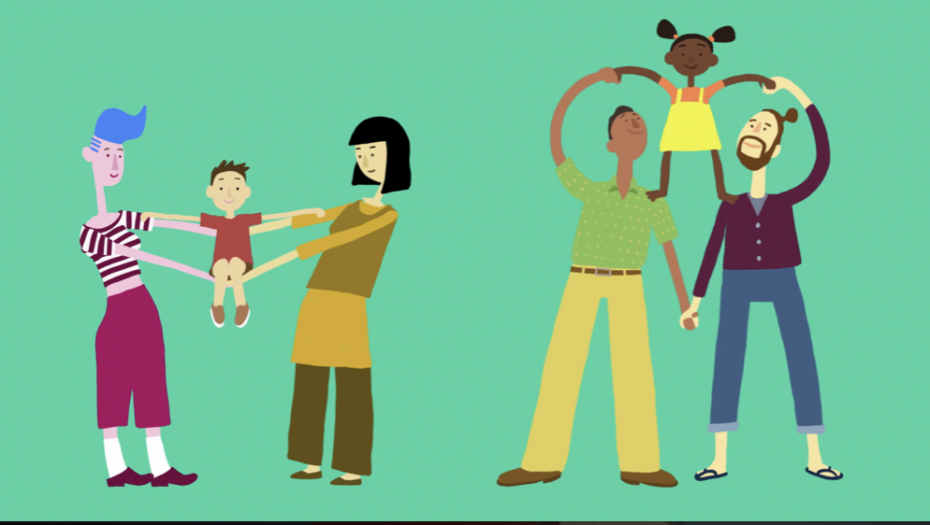 The result? Well, we know their was record-breaking voter turnout. And, we know the outcome of the election. Let's call that success.

Krystle moved to the USA in 2017 after having worked at some of Canada’s most creatively renowned agencies, including FCB Canada and BBDO Toronto. Her work has earned a number of industry awards for creativity and effectiveness, including 13 Cannes Lions for her work on PFLAG Canada’s DestinationPride.org. As a thought-leader/activist for equality in advertising, she’s organized and participated in speaking events across North America. In 2018, she was a featured speaker at the 3% Conference, and was honoured with The One Club’s Next Creative Leader award, which recognizes 10 women in the industry who represent the future of creativity. She was recently shortlisted as one of the Top Creative Directors in Canada by Strategy Magazine.