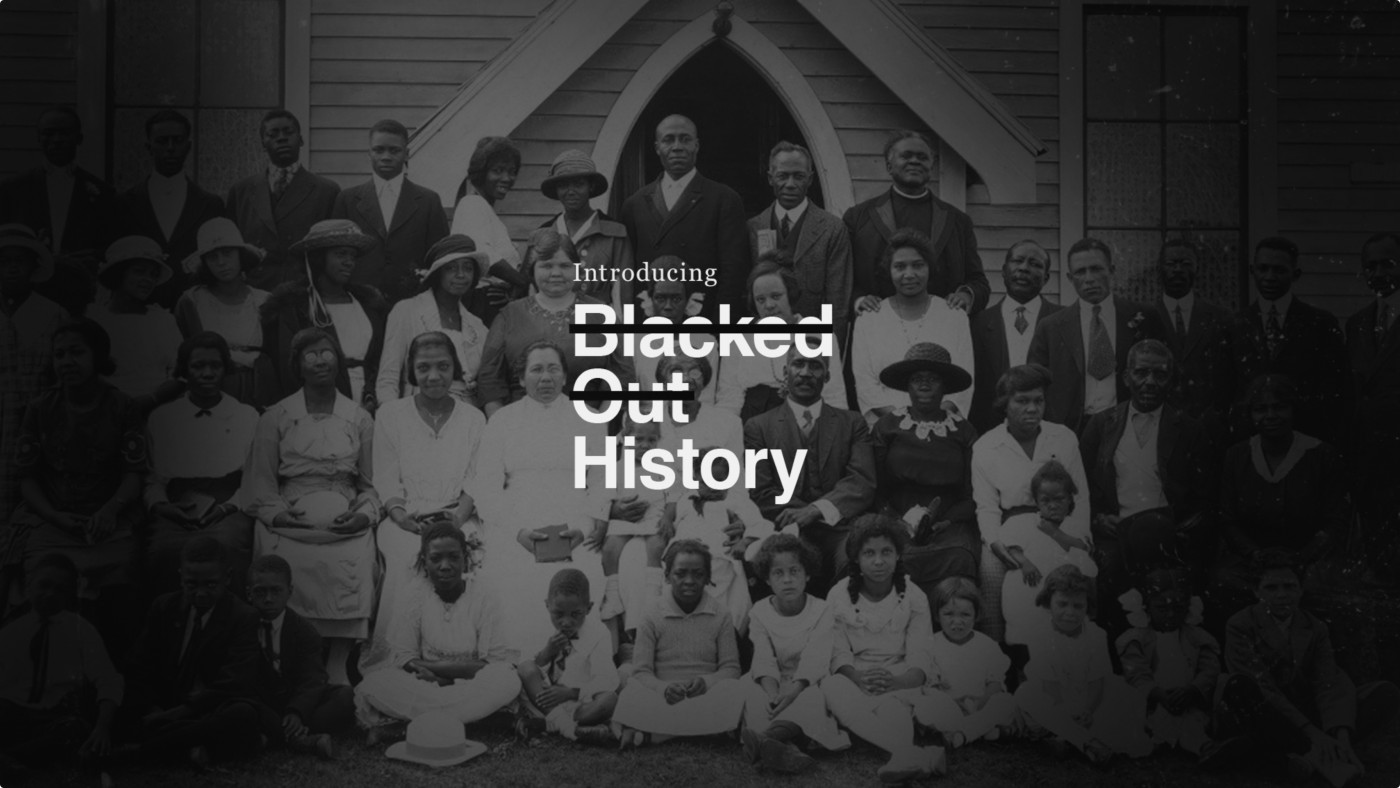 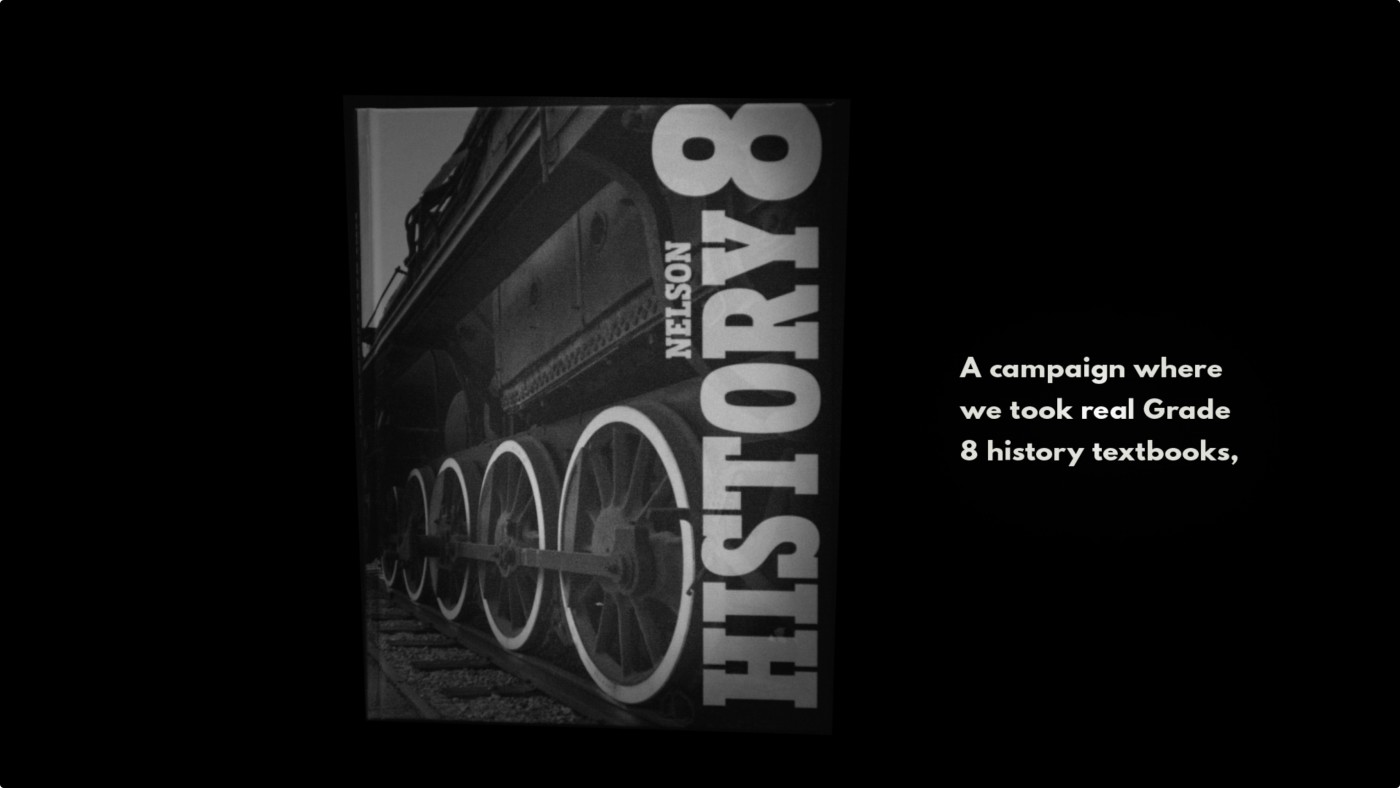 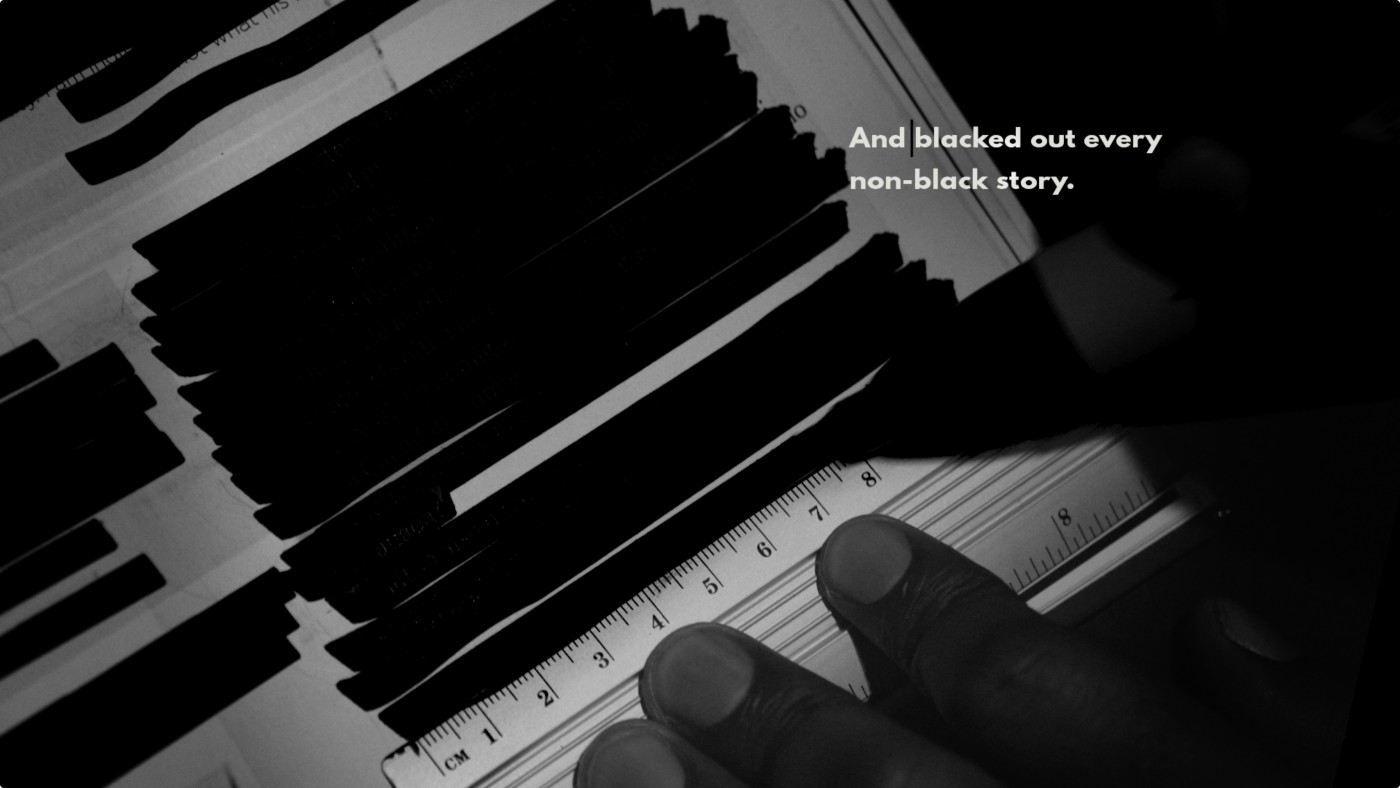 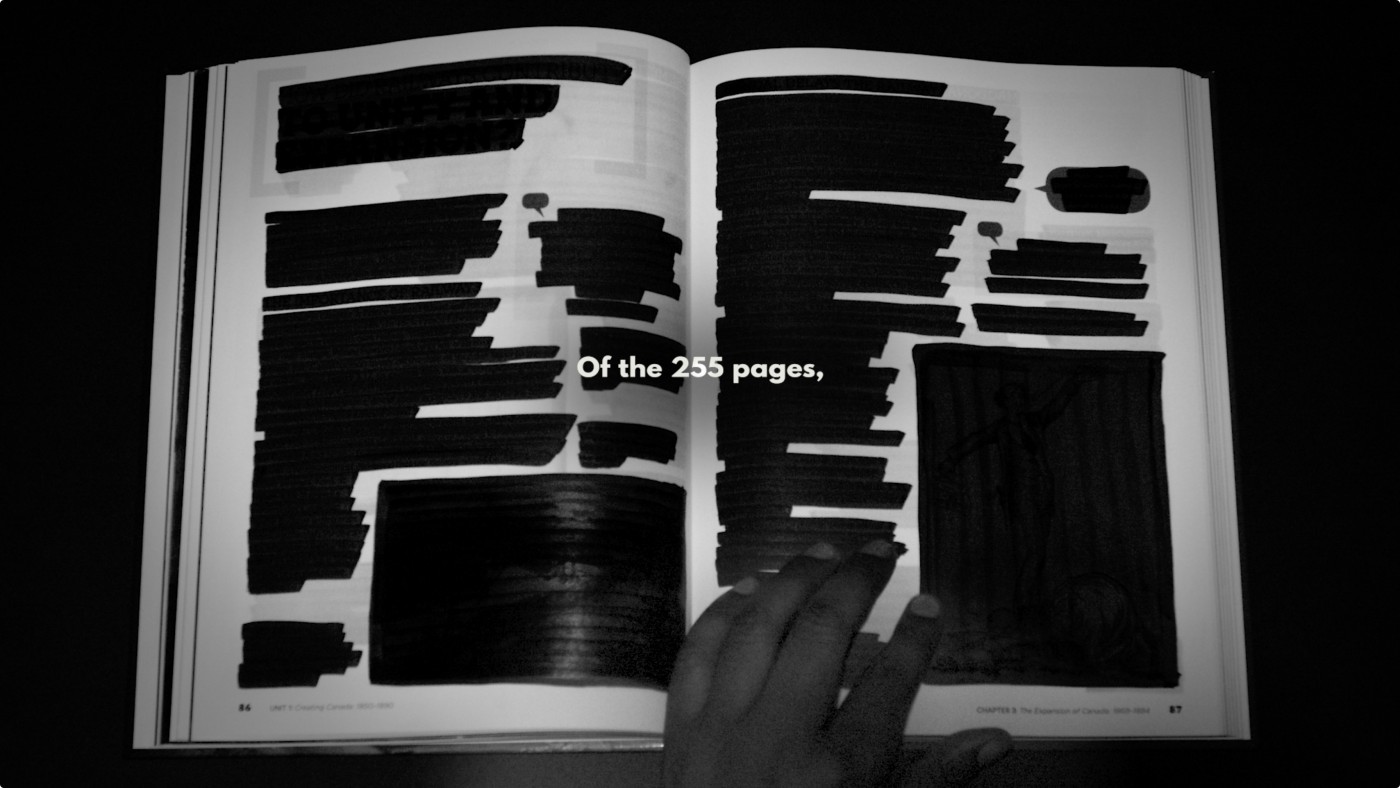 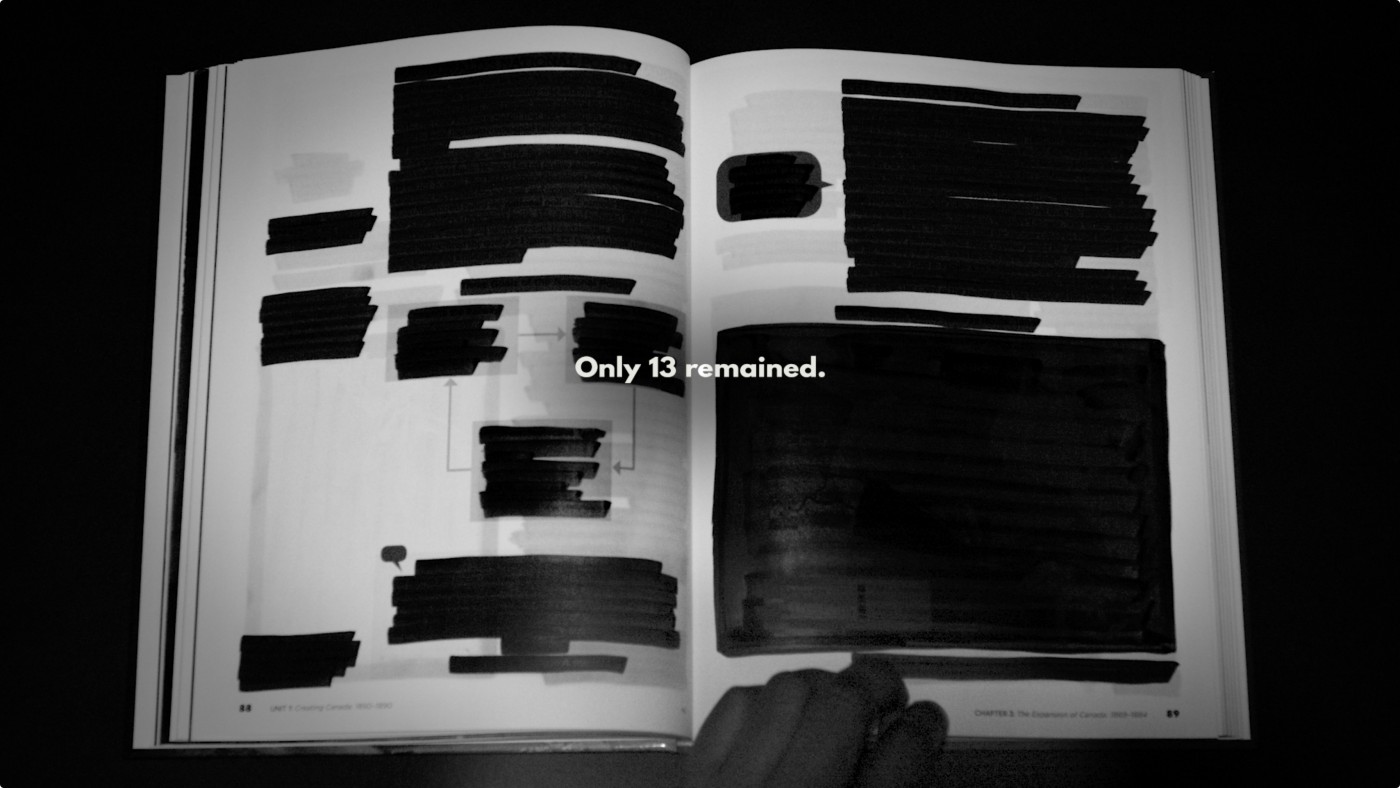 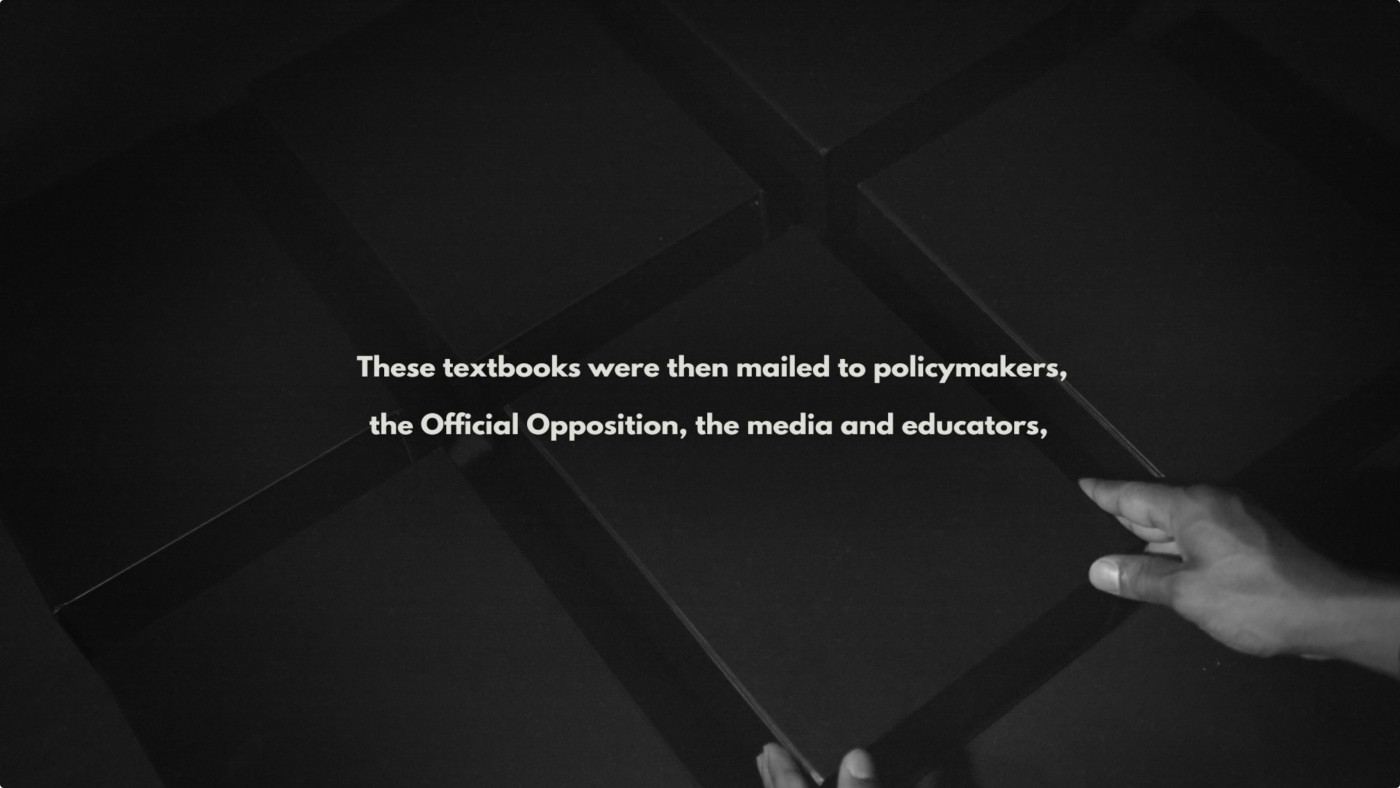 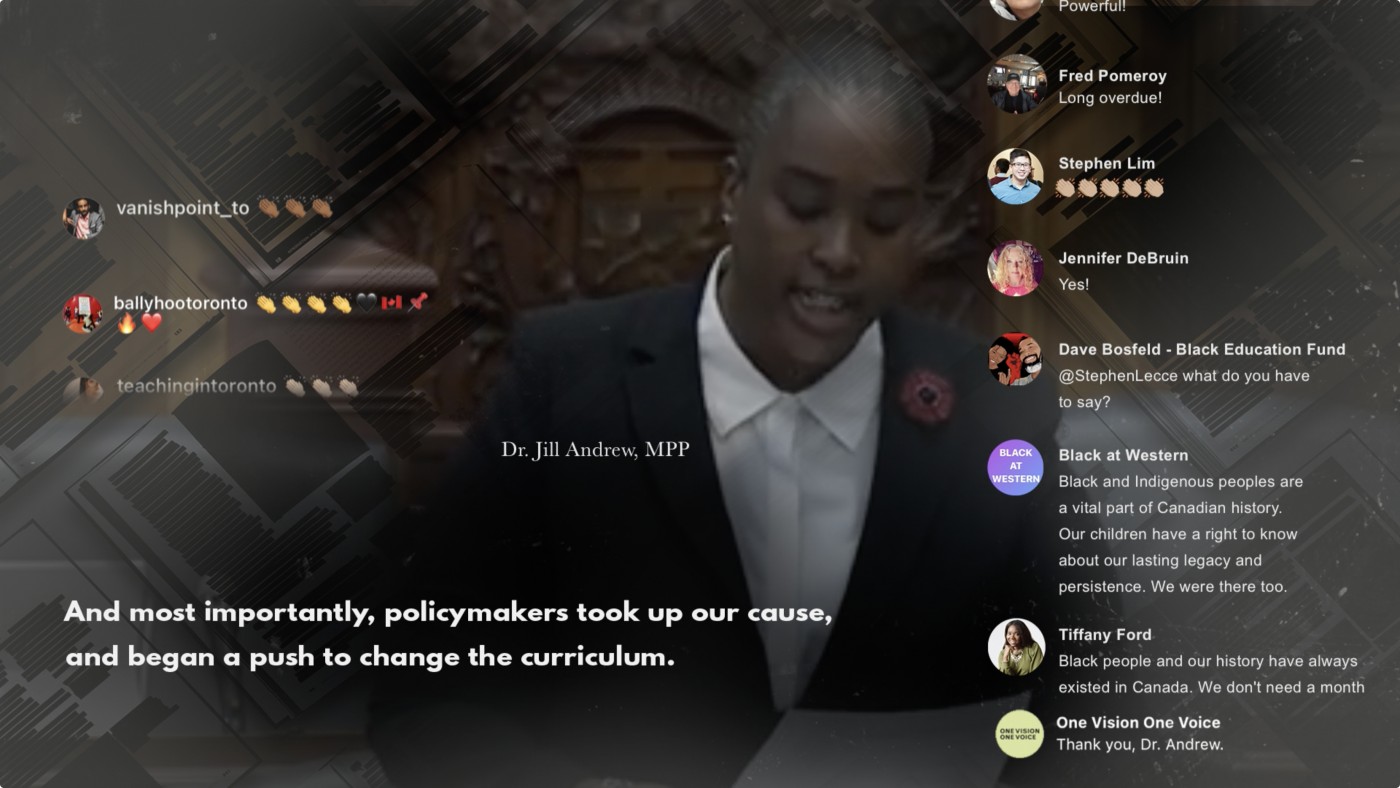 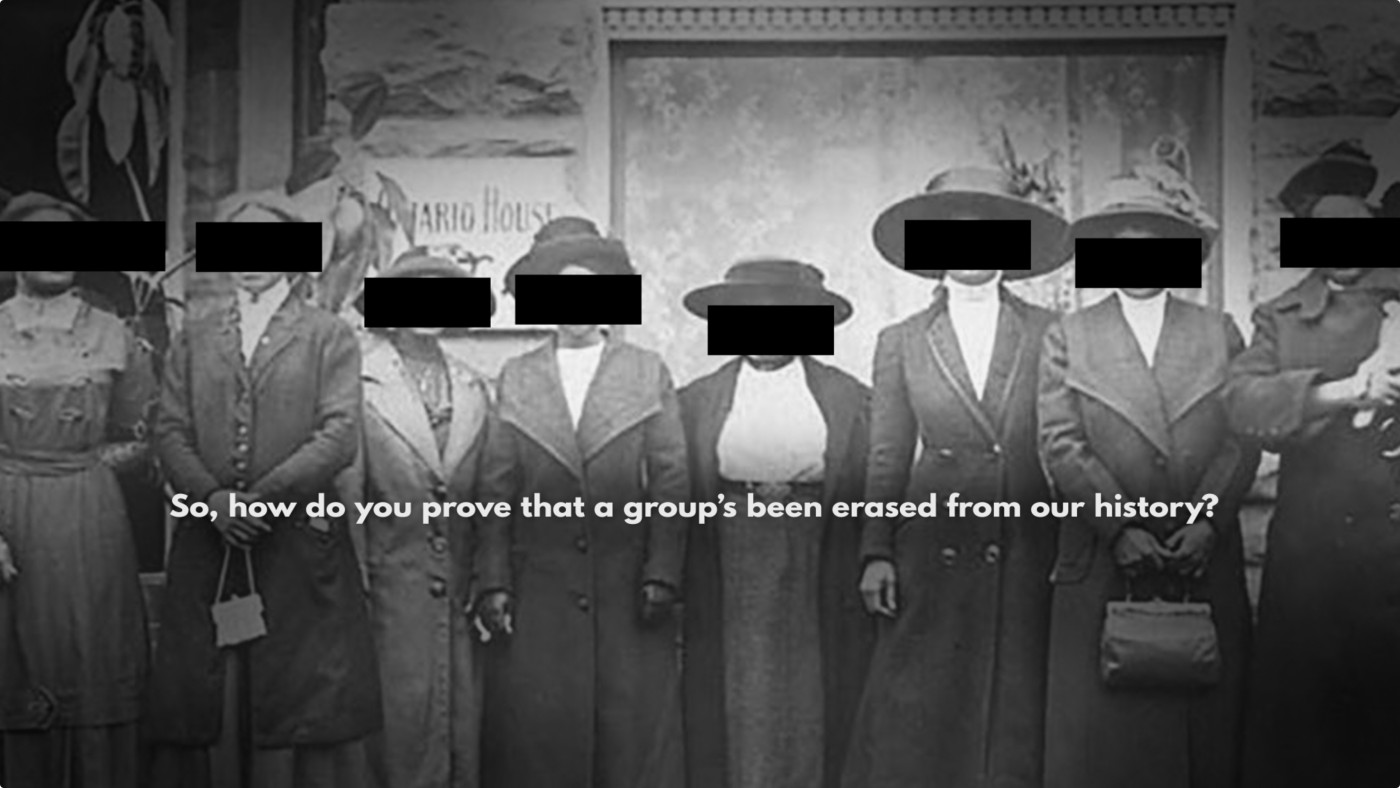 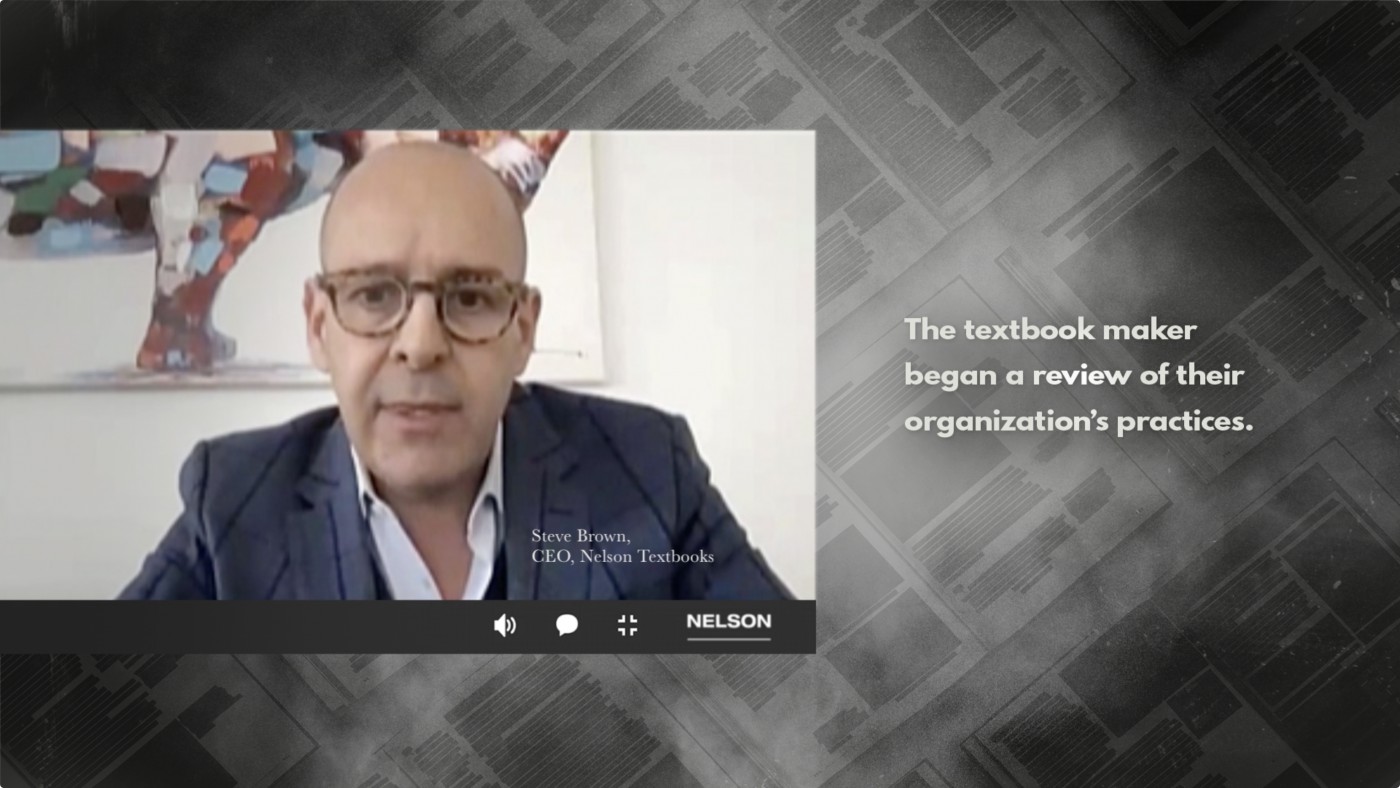 Canadians only ever learn their history one way—from the perspective of predominantly white men—even though Black people have lived in Canada for over 400 years. To raise awareness of this issue, the Ontario Black History Society took real Grade 8 history textbooks and Blacked Out all of the non-Black history. Of the 255 pages, only 13 remained. Copies of the redacted textbooks were sent to politicians, policymakers, and activists, so they could see the problem for themselves.