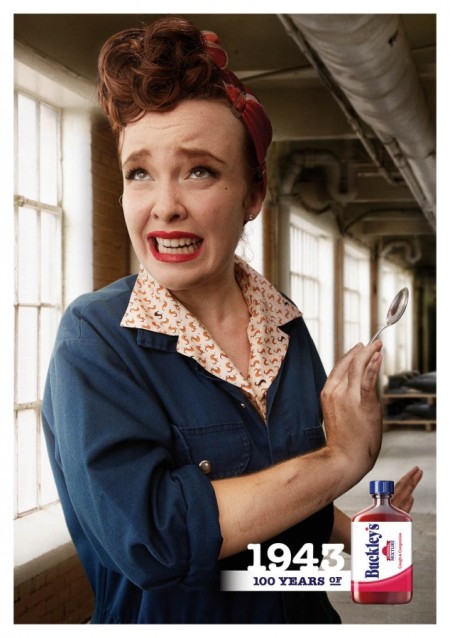 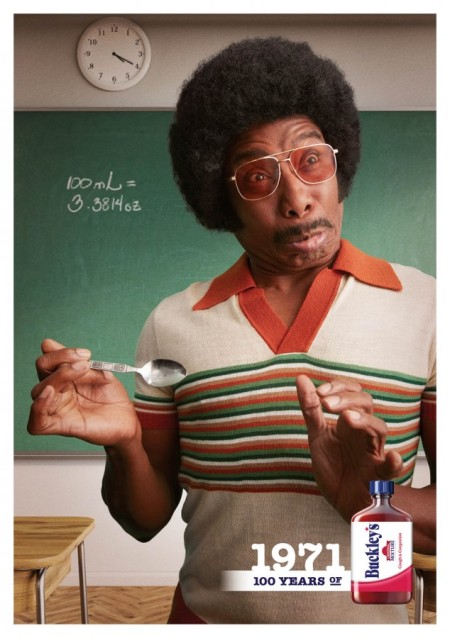 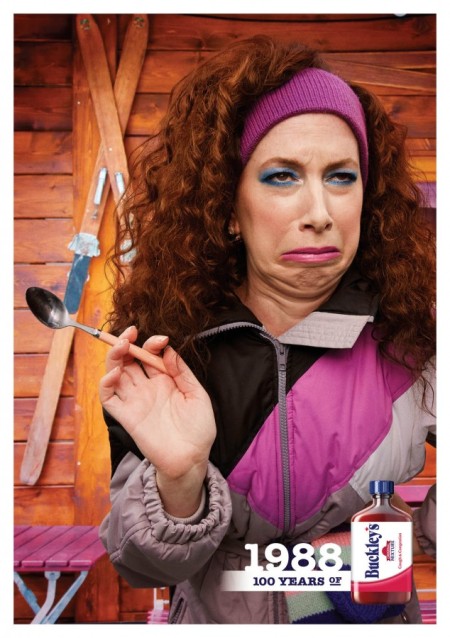 Canadians know that Buckley's Cough Syrup tastes awful ... and it works. To celebrate the brand's 100th Anniversary, they turned the Buckley's 'awful taste face' into the face of the campaign – 100 portraits in all, one for each year from 1919 to 2019. The brand did takeovers of entire subway trains with the posters, creating train-length timelines that let commuters to see a century of Buckley's on their way to work.