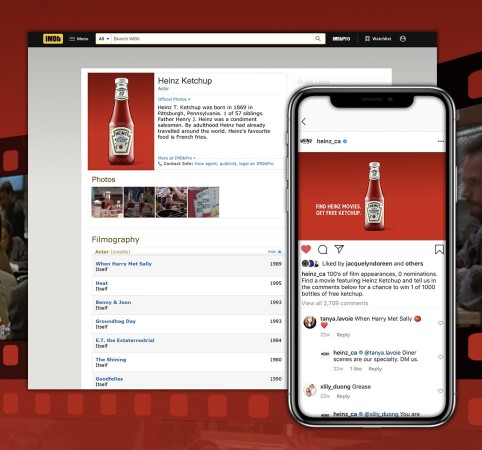 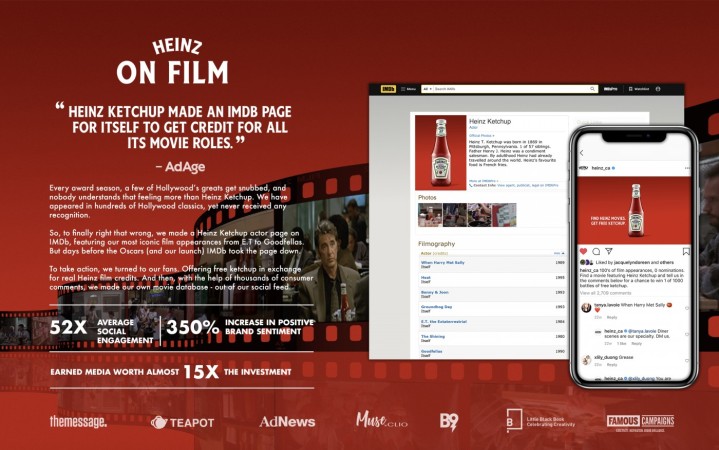 The red condiment has appeared in hundreds of Hollywood classics, yet never received any recognition. So, just days before the biggest awards show, Heinz created its own IMDb page to officially get in the credits of all the movies they've been in over the years. But IMDb shut the page down. To take action, Heinz launched a video calling on all Canadians to help prove its credibility as an actor, by sharing their favourite movie featuring Heinz Ketchup on the brand's social posts.