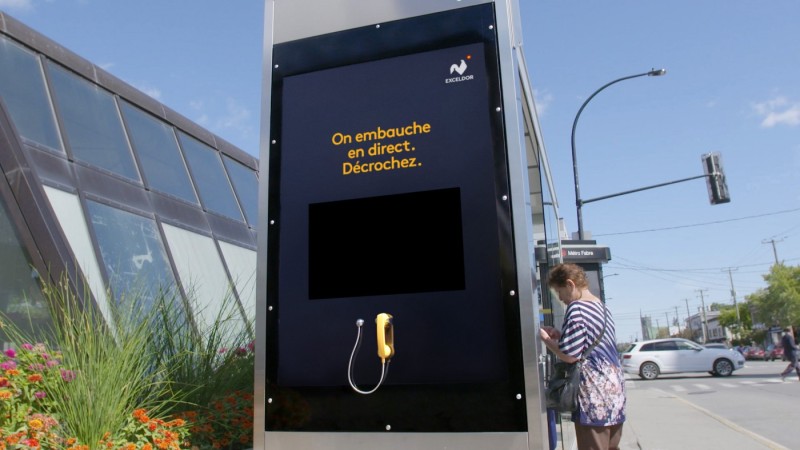 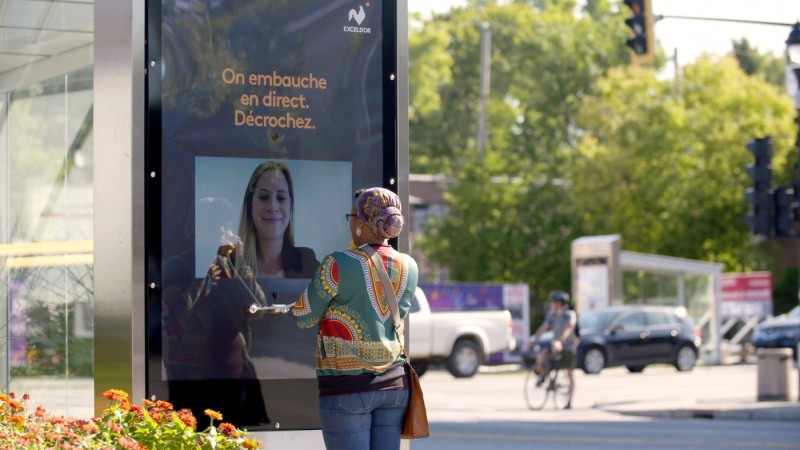 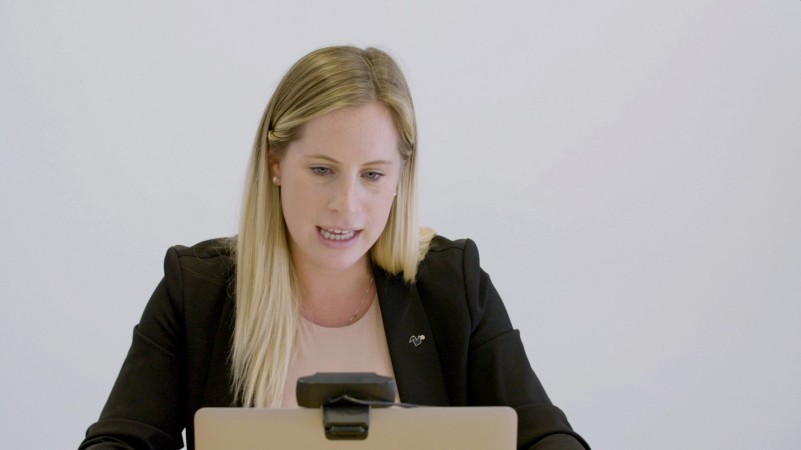 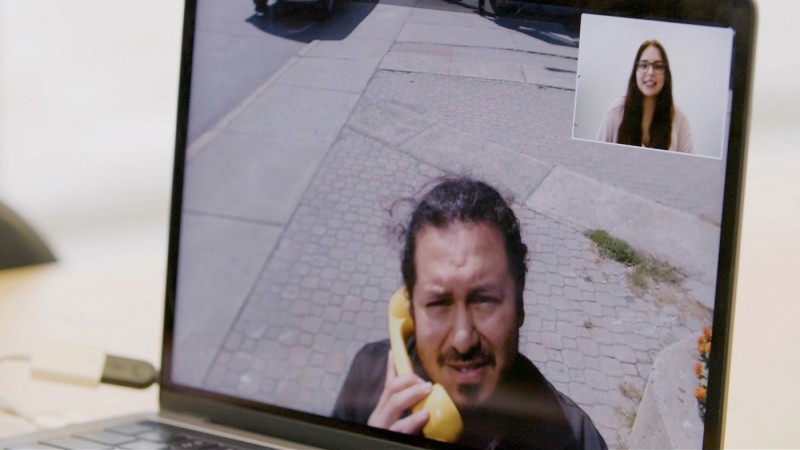 The objective was to streamline the recruitment process by getting hold of potential new hires as they went about their daily routines. To do so, the plan was to create the very first bus shelter that hired people on the spot. By interacting with a bus shelter set up in Montreal's Saint-Michel borough, job searchers were able to have a live interview with a member from Exceldor's human resources department.