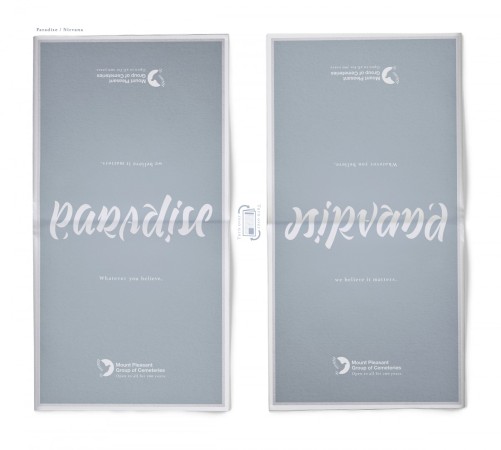 At a time when most cemeteries were exclusive to one religion, Mount Pleasant Cemetery Group welcomes everyone. To tell people this, we used an ambigram to create an ad that spoke to two different groups. When viewed one way, the headline reads 'Paradise', a word associated largely with Christianity. When flipped, it changes to 'Nirvana', something mainly associated with Buddhism.