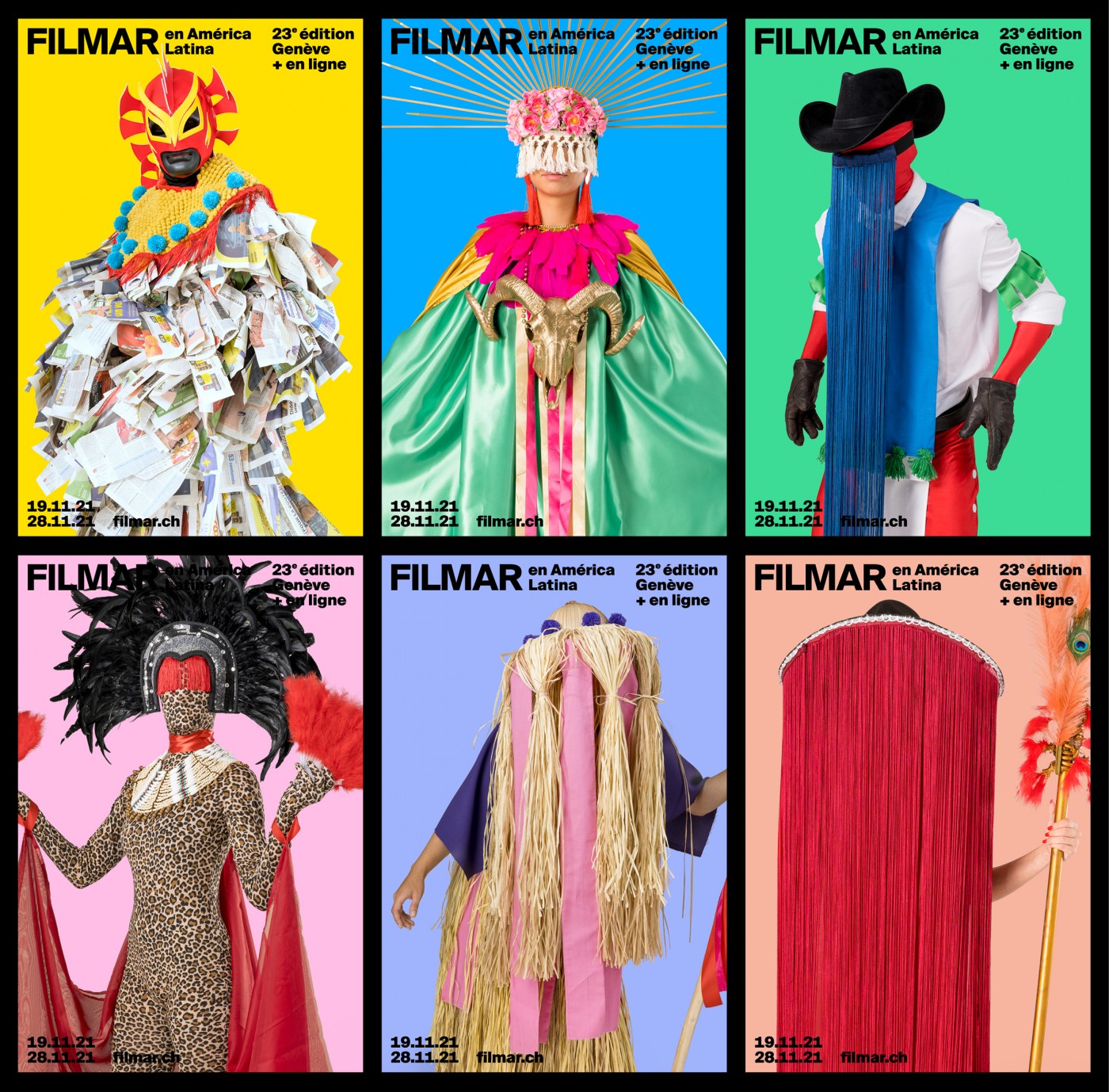 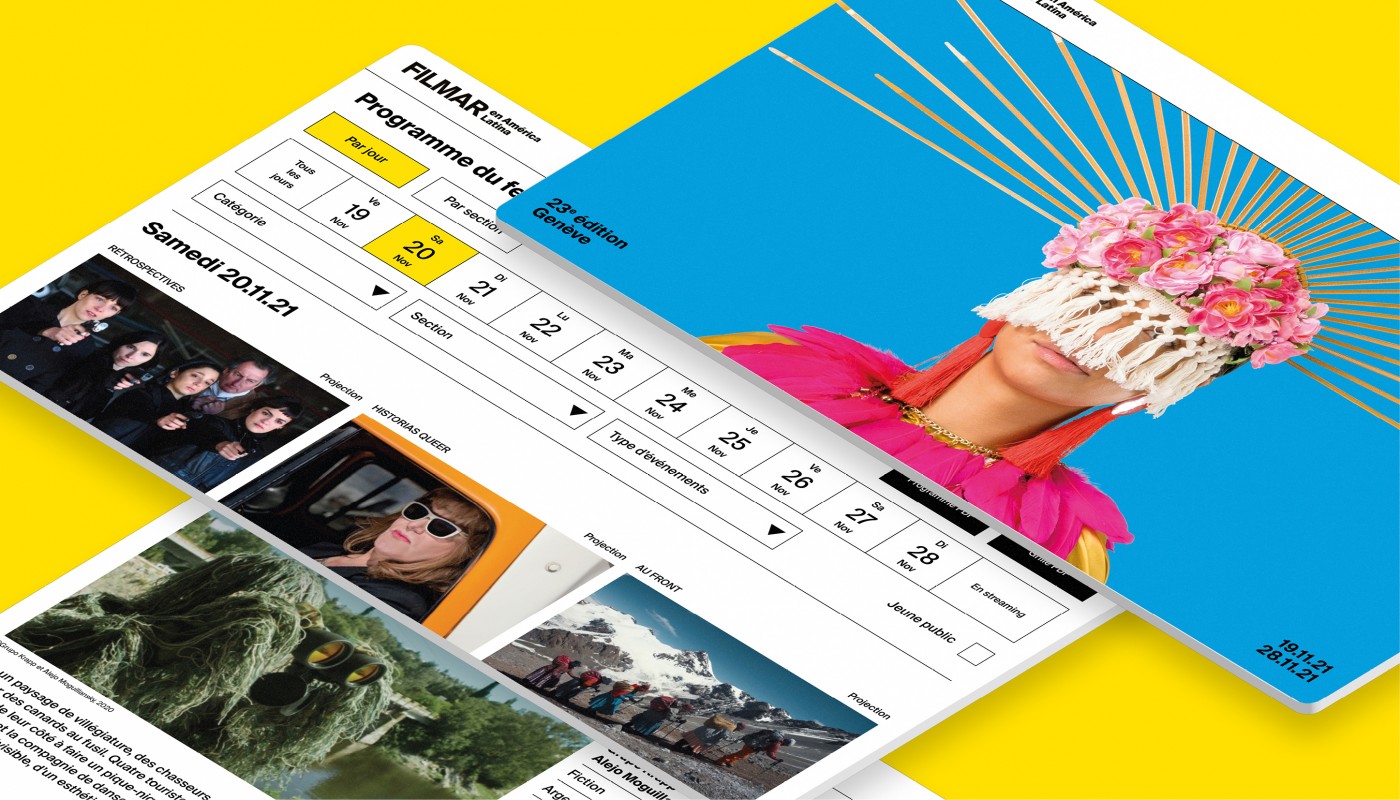 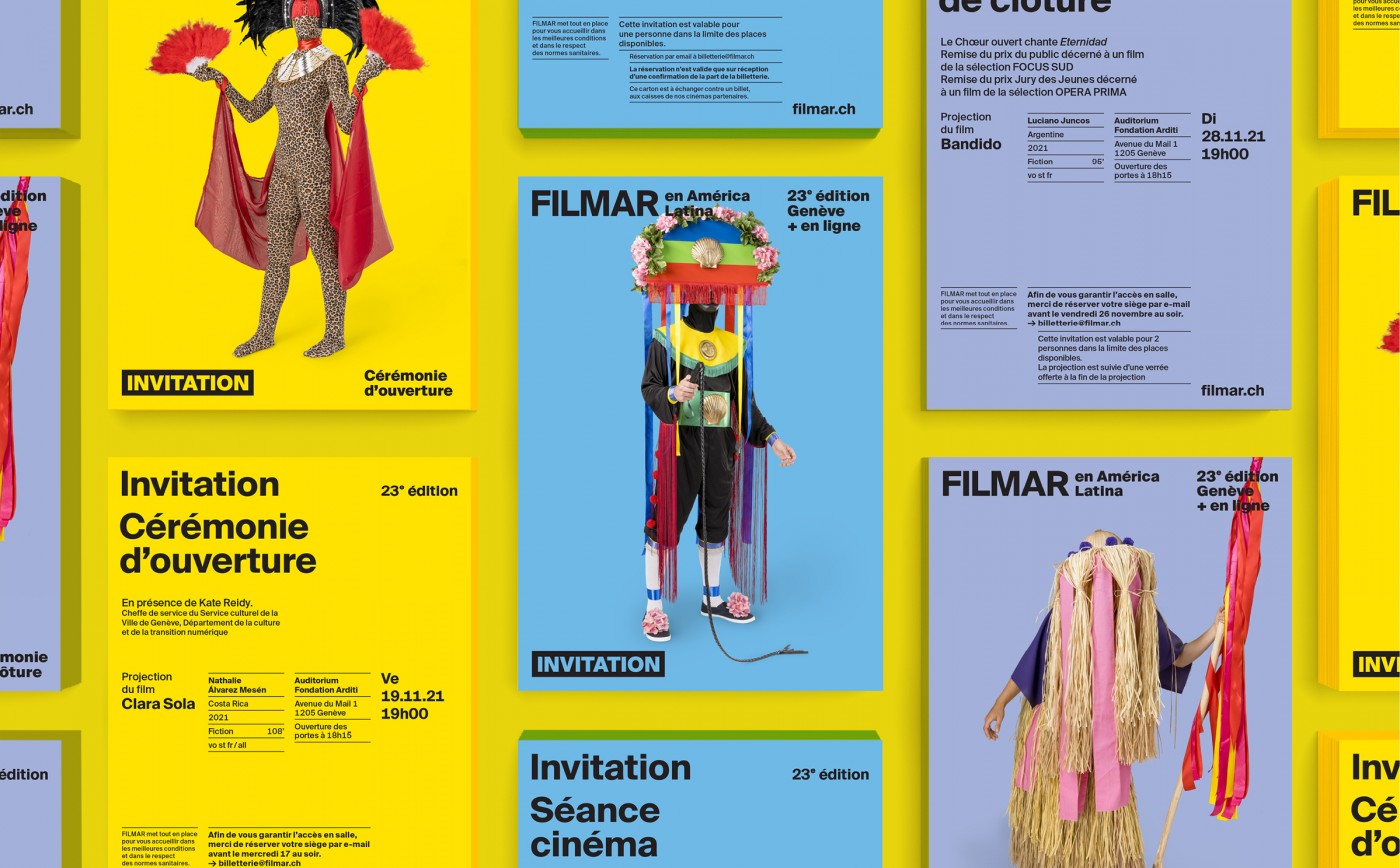 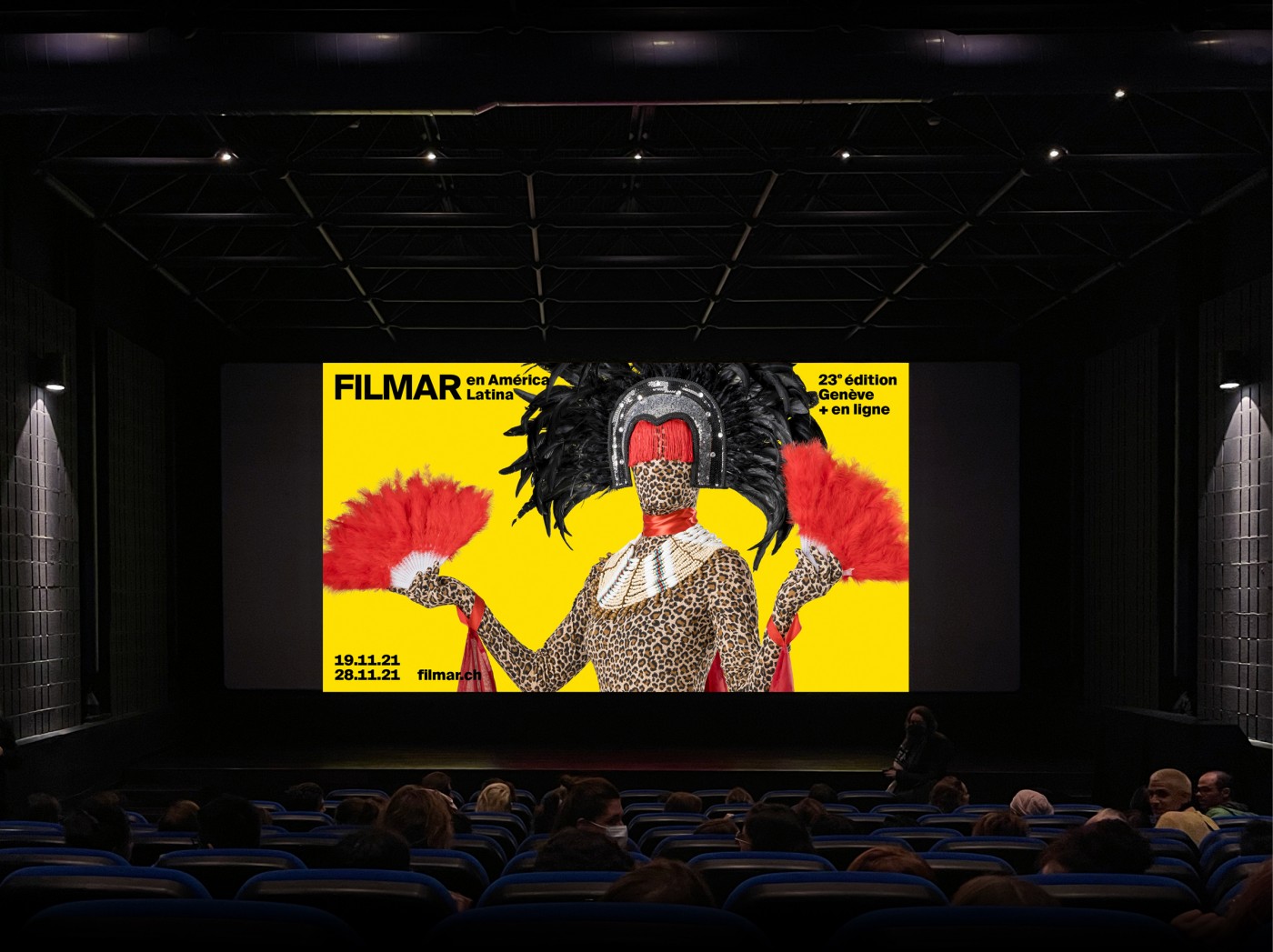 FILMAR is the main festival dedicated to Latin American cinema in Switzerland. The visual identity of the 23rd edition explores the myths that cross Latin America and their contemporary interpretation. Inspired by the characters of carnivals or indigenous peoples and their rituals, the characters created reflect the richness of the continent. The posters displayed in the public space challenge by the attitude of the characters who seem to want to establish a dialogue with the spectators.