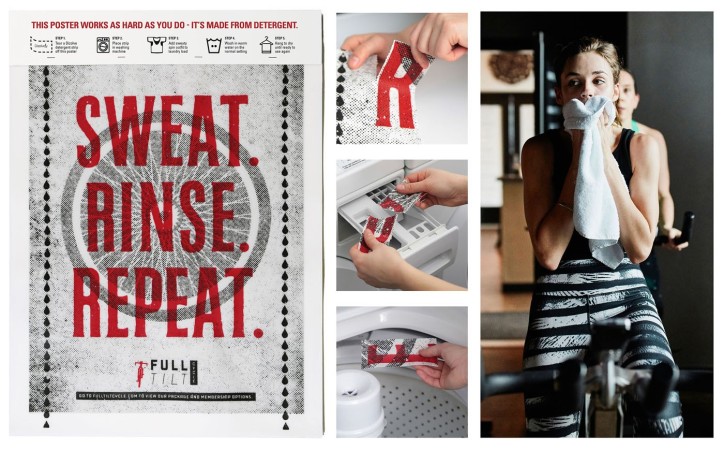 Full Tilt is a new cycling studio that opened its doors for the first time this year. Like most new small businesses, their budget for point of sale marketing material was limited. We knew that traditional fliers wouldn’t cut it, so rather than disrupt cyclists post workout routine, we set out to be a part of it. The result is a one of a kind poster made of dissolvable laundry detergent strips that cyclists can use to clean their sweat-stained clothing.