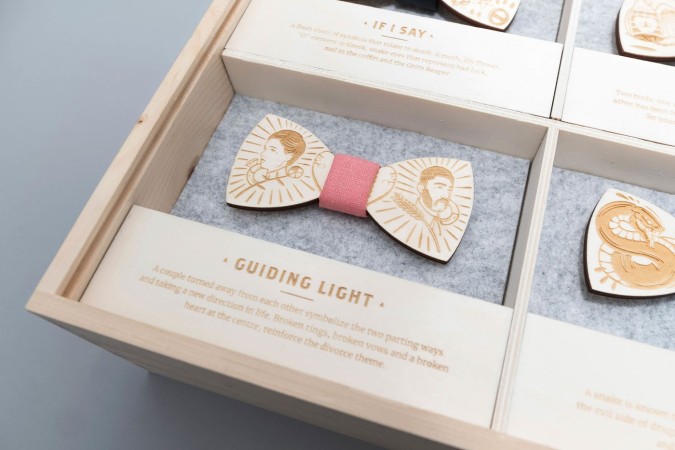 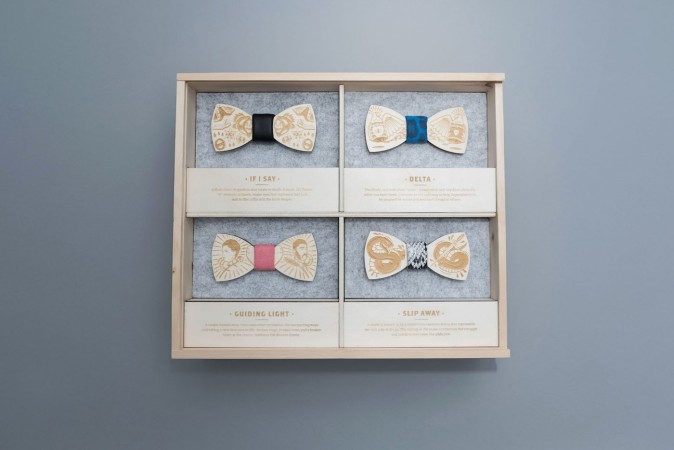 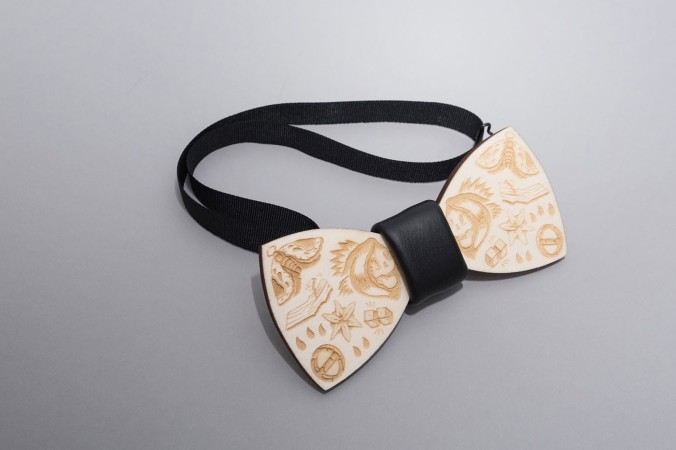 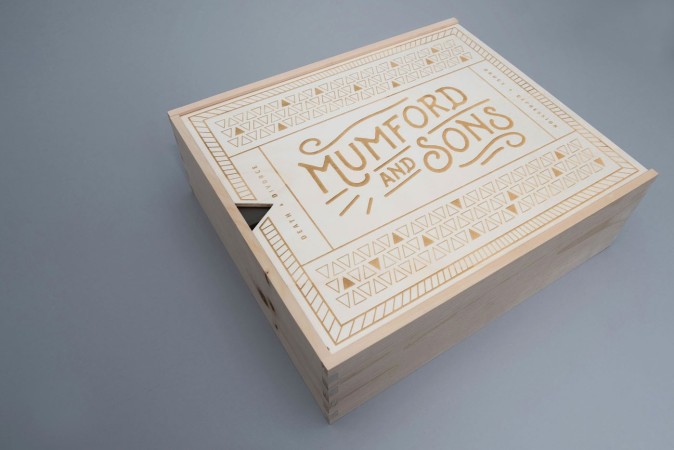 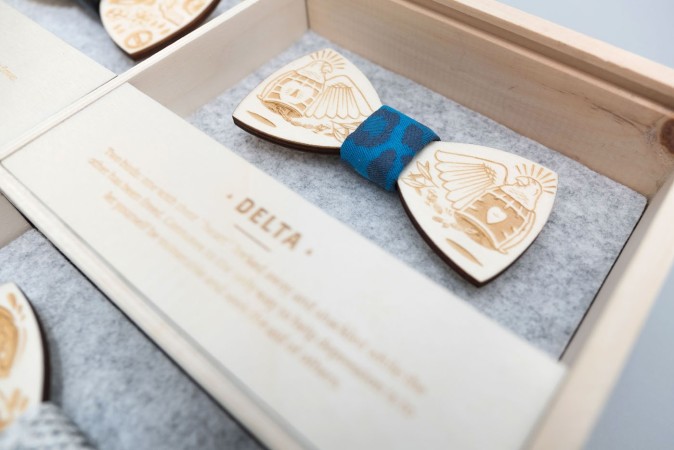 For Mumford and Sons' Delta Tour, we wanted to gift the band something that represented the theme of their fourth album. The custom laser engraved bowties are a collection of four, each representing one of the four D's (Drugs, Depression, Death and Divorce) on the album. Titled by song titles from the album, each illustration uses metaphors and symbolism to tell a story that relates back to each theme.