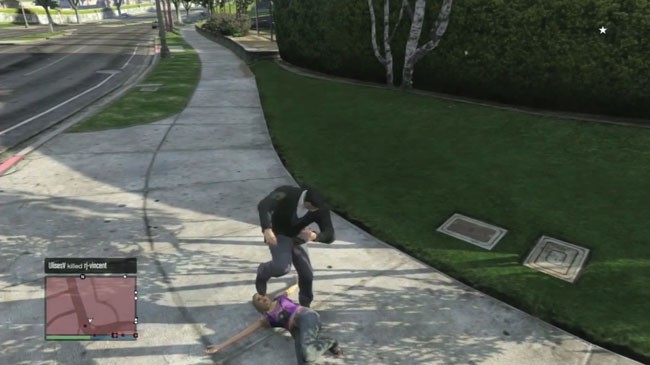 We see various men punching women in the face, in the back of the head and even stomping one on the head as she lies unconscious on the ground. A super reads: 3000 women a night stay in shelters to escape abuse. And that's no game.