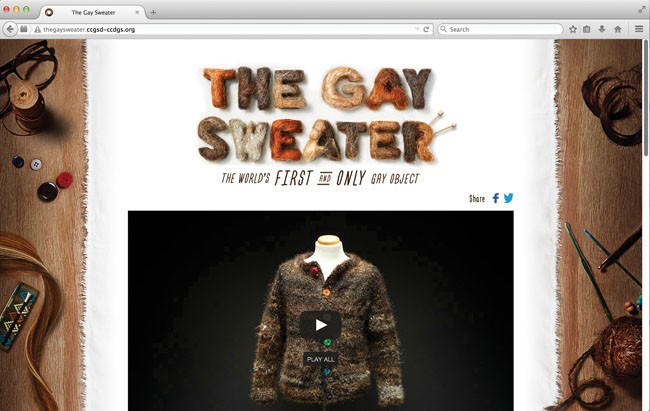 To get people to stop negatively describing things as 'gay', the Canadian Centre for Gender and Sexual Diversity created the Gay Sweater - the world's first truly gay object, made from the donated hair of over 100 gay people.