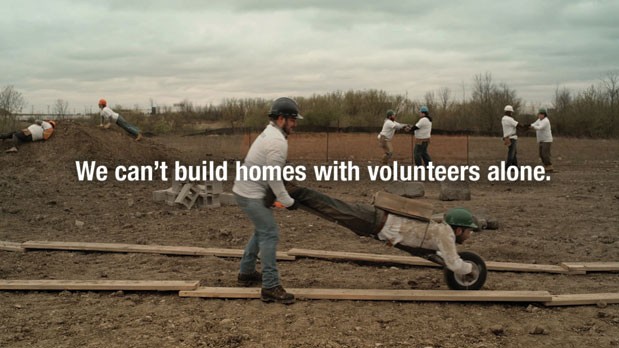 Habitat for Humanity needed to increase donations. Problem was that most people choose to help by volunteering on a build site, rather than donating money. They don't realize how critical donations are to pay for building supplies. So created an integrated campaign - online videos, outdoor posters, donation site. The videos and posters communicated that 'we can't build homes with volunteers alone' directing people to an interactive site where they could make donate.