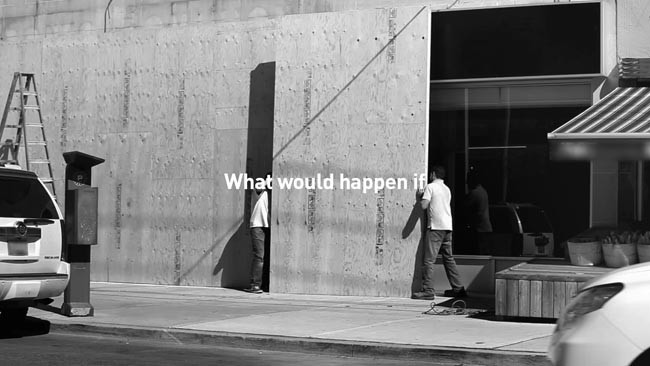 A neighbourhood space was covered with a sign suggesting a shelter would be moving in. The desired reaction flooded the community and press: “We don’t want the homeless in our neighbourhood, stick them somewhere else.”This was followed by RTR’s POV: “We don’t want shelters either. We want long-term solutions”. RTR asked the public to put just as much energy into getting the government to act as they did in trying to push the homeless out.