Since 1986, we have brought the best in creative achievement, strong opinion, timely information and essential industry insight to our readership of creative and marketing professionals.Issued semi-annually, showcase the winners of our annual Design, Advertising, Photography, Illustration and Student competitions. The magazine's companion website offers a wide range of tools, information and inspiration, designed to enhance our print offering, featuring unique editorial content, greater prominence for our awards winners, trends and other industry-focused features.

We would like to thank our advisory boards for their guidance on industry issues. 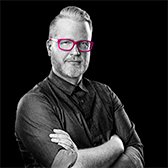 Matthew is an internationally recognized creative director and designer based in Vancouver. Founder of Subplot Design Inc., he is also an author, mentor and public speaker known for his (amusingly?) opinionated take on branding, design and the world of marketing and advertising. Matthew’s work, which focuses on retail branding and packaging, has been recognized with over 200 local, national and international awards; has been published in over 75 articles worldwide; and is part of the permanent collections of the Chicago Athenaeum Museum and the Design Exchange. He is also a drawer, painter, and sword-play-dance-party-pantomime dad and husband. 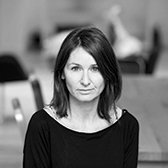 Known for her passion for taking on initiatives that blend cultural awareness, humanity and a love of art to advance society and business alike, Vanessa’s experiences living and working in Buenos Aires, LA, New York, Mexico City and Toronto have given Blok a unique international perspective that has been recognized and awarded around the world. Her considerable experience includes top global brands such as Nike, Pepsi, Nestle and the Museum of Modern Art Miami, among many others. Vanessa’s work has been exhibited in countries from Japan to Germany, most recently at the Bienal Iberoamericana de Diseño, Spain. Her work is represented in the permanent collection of the Royal Ontario Museum as well as the Library of Congress, Washington. Vanessa holds an MFA from the Art Centre of Pasadena. 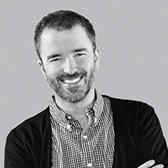 Stephen graduated from OCAD, and over the next 10 years established himself as one of Canada’s top art directors. He worked at Bozell, McCann, Saatchi & Saatchi and Ammirati & Puris, before founding john st in 2001. His work includes campaigns for The Coca-Cola Comapny, Unilever, Labatt, Toyota, War Child, Doctors Without Borders, Mitsubishi, WWF and President’s Choice. Stephen championed john st.’s emergence as a digital leader in social, interactive and mobile before becoming Creative Chairman at Miami Ad School Toronto in January 2018. Jurisic says, “With its leading art direction, copywriting, digital, strategy, and design programs, Miami Ad School Toronto is positioned to not only build the first truly modern advertising program in the world, but one that will also prepare students to tap into broader career opportunities than ever before.” 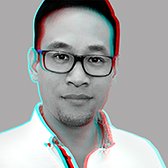 Allen is a CD/art director in Toronto. He loves when good storytelling and great design become one. He tries to bring a combination of humour and beauty to his work in advertising, digital, social, experiential and design. His work has been recognized by Applied Arts (Advertising, Photography and Design Awards), the ADCC, Ads of the World, Luerzer's Archive, Marketing Awards, CMAs, National Advertising Awards, Carte Blanche, Mark Awards, Promo! Awards, Summit International Awards, and the Infopresse Lux Awards. He's been honoured to be a judge for the International Echo Awards, The Canadian Marketing Awards and Applied Arts Advertising & Digital Awards. 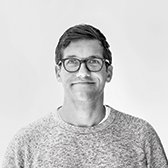 Kris is the major creative force behind numerous international campaigns crafted by Sid Lee, including work for Cirque du Soleil, Red Bull, adidas and The North Face. A multidisciplinary soul at heart, Kris always puts his creativity to good use, seamlessly merging graphic design and new media. A seasoned visual artist, he also devotes his time to personal projects, his latest being a photography exhibit at Art Basel and the movie Takedown: The DNA of GSP, on which served as co-director. Kris is currently actively working on the opening of Sid Lee Los Angeles in Culver City, where he aims to build a foundation for Sid Lee’s sustainability and bright future. 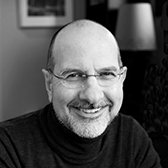 Jeff has been a passionate technologist and student of design for more than 30 years. He was there to help Applied Arts make the transition to digital publishing in the late 1980s (just a few years after the advent of the Apple Macintosh, QuarkXPress and Postscript fonts); and again when we took our first steps into the online world 10 years later. Jeff has worked with technology, design and advertising firms across Canada including Apple, Nokia, Leo Burnet, Cossette and National Public Relations. Since 2006, Jeff has been the technology development specialist at Glenn Davis Group, the parent company of award-winning branding and design agencies Davis and Bridgemark.

Whether in print or online, Applied Arts is your window on the creative industry in Canada and beyond.

Find the print magazine at these stockists.

We acknowledge the financial assistance of the Government of Canada through the Canada Magazine Fund, Support for Business Development for Magazine Publishers Program.

We acknowledge the financial assistance of the Ontario Media Development Corporation Magazine Fund. 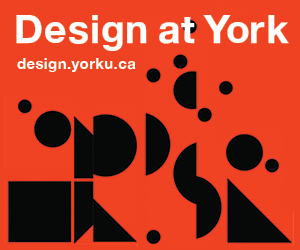