Pebble is a Vice President, Creative Director at BBDO in New York

Only the brightest stars can get away with using only one name. Pebble has 14 years of agency experience. She was the global creative director on BBDO’s Johnson's Baby consumer business and was instrumental in launching the first-ever global campaign in the brand's 100-year history. Pebble has received accolades at Cannes, D&AD, The One Show, the Clios, AdFest, and SPIKES, and represented Malaysia and Singapore as a young creative in major regional award shows. Having transferred from a local office (BBDO Malaysia) to a regional office (BBDO Singapore) and subsequently a global one (BBDO New York), Pebble has worked on 360 campaigns for highly visible global brands such as J&J, P&G, Pepsico, Visa, and Fonterra. A true global citizen and polyglot, she has lived in five different countries, across four continents, and also speaks four languages. She graduated on the Dean’s list in Graphic Design from Curtin University, Australia.

Her creds leave no doubt why she was the creative force behind a global-reach campaign - rare in the ad world. But babies have a universal appeal. It's why they are so often used in advertising. Creating a fresh campaign was the challenge - and BBDO delivered.

Pebble was a recent AA Awards judge, and we asked her to share the Johnson's Baby global campaign with our readers, along with some of her other work. Take a look:

Project: JOHNSON’S® - SO MUCH MORE

"It's a once in a lifetime experience to launch the first-ever global campaign in a brand's 100-year history." JOHNSON’S®, the world’s biggest baby brand, gave BBDO 4 months to come up with a whole new brand idea that will relaunch their brand worldwide. Content was created for 7 lead markets, US, UK, Brazil, China, India, Saudi Arabia and Philippines. 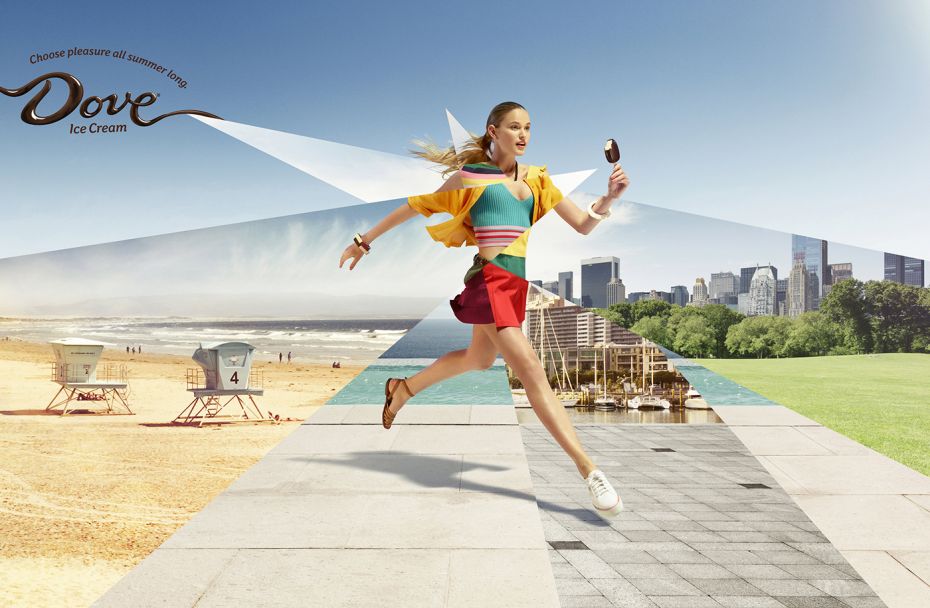 DOVE® Ice Cream has not done a new ad in 4 years. BBDO was tasked to create one :15s online video, but decided to take it a step further.

A visual interpretation was created to evoke the human insight of a neverending summer. Inspired by the pinch/ scroll to zoom technology and the infinite zoom technique, interactive versions of the spot were created to allow the viewer to go through the story in an endless loop.

The commercial is peppered with Easter Eggs to enhance the engagement experience. Print was also created to accompany the film.