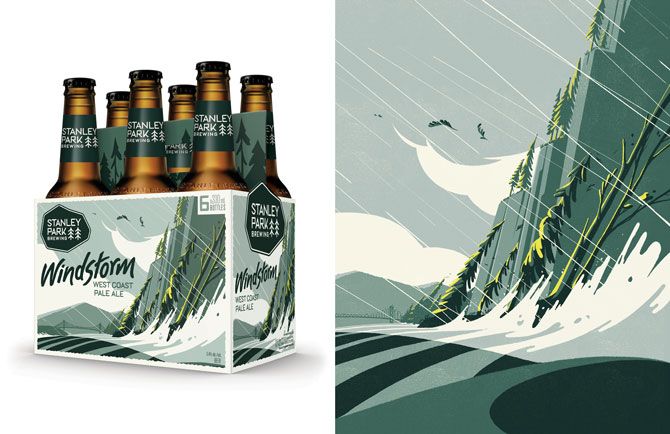 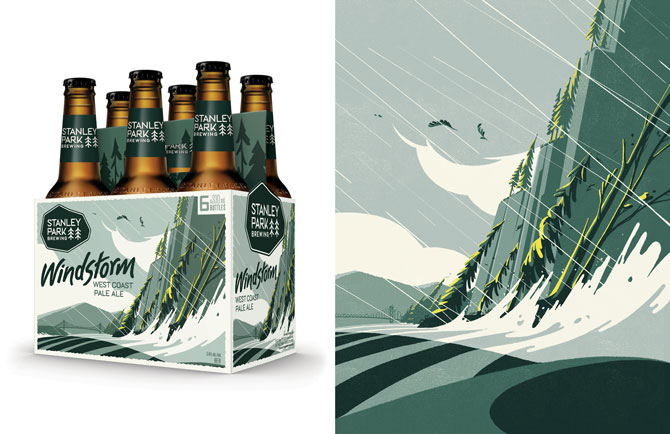 Before you crack a cold one today for National Beer Day, check out this brand-new rebranding project for Stanley Park Brewing by Vancouver creative agency Will.

The beer company’s packaging has always paid homage to its namesake park with an image of the lion statues that sit on the end of Lions Gate Bridge at the park’s entrance. Now, each beer in the line features its own distinct illustrated scene of a park vantage point.

“This is the moment that the look of the packaging has finally caught up to the brand itself,” says Will’s executive creative director Nick Richards. “This iteration brings the stories up front, hero-ing them in a way it didn’t before.”

“The new brand has a refreshing lack of the rigid consistency you see in a lot of the global beer brands,” he continues. “Craft beers have the luxury of breaking some of those rules in their approach and in their products. It’s not necessarily about consistency, but a story that has continuity.”

The beer line’s natural new look fits nicely on the liquor store shelf, where brands vie for attention in the crowded BC craft beer market. The logo mark is set on a wood plate in the shape of Stanley Park, and the team at Will created a custom typeface called Forest Floor. 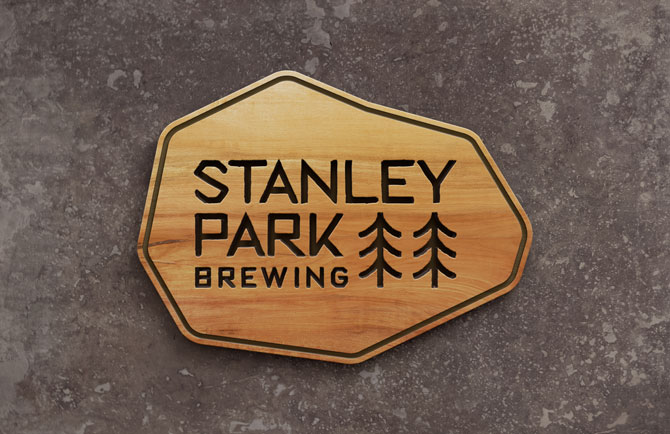 “The typeface is inspired by a very early Stanley Park sign we found,” says Richards. “It had literally been made from sticks that were cut and laid out into a sign.”

Parisian illustrator Tom Haugomat produced the drawings for the labels, which extend to the carrier packs.

“He has a way with colour and light,” says Richards of Haugomat. “The illustrations are not overly complex, but they draw you in with their subtle storytelling and simplicity.”

The new look is supported by a large out-of-home campaign, digital and social executions and radio, all centred around getting out in nature. Richards says Will hopes to animate the illustrations for an eventual phase two. 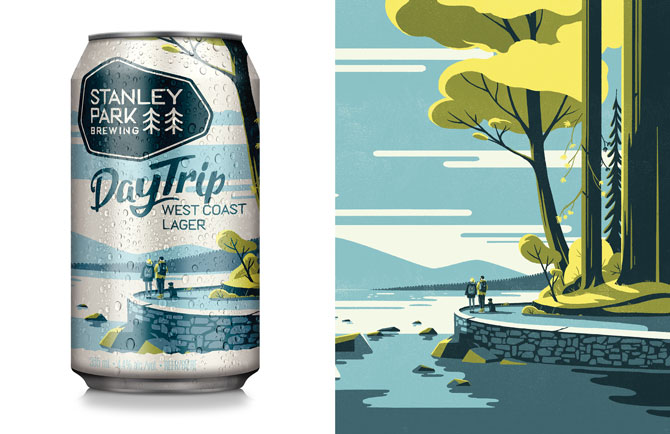 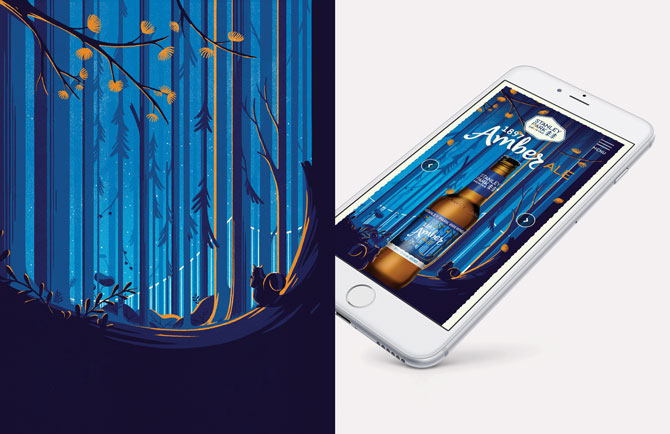 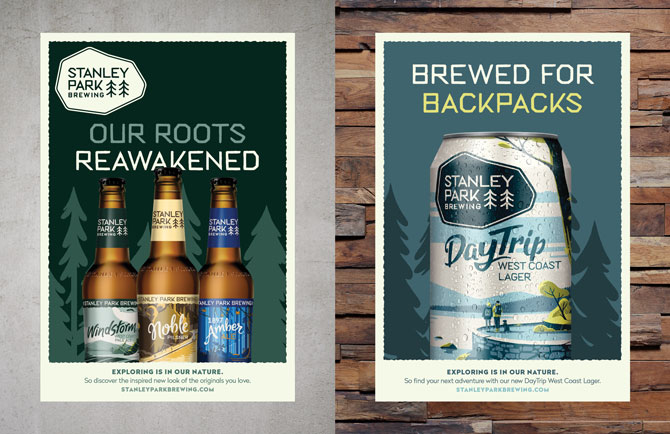