A Logo Too Big to Fail

So I’m surfing my LinkedIn feed a couple weeks back and I see a post from Toronto-based Method Branding. The news: Bank of America has a new logo.

As a former logo designer, and now an armchair logo critic, I wondered if this might be column-worthy.

You can guess what happened next. 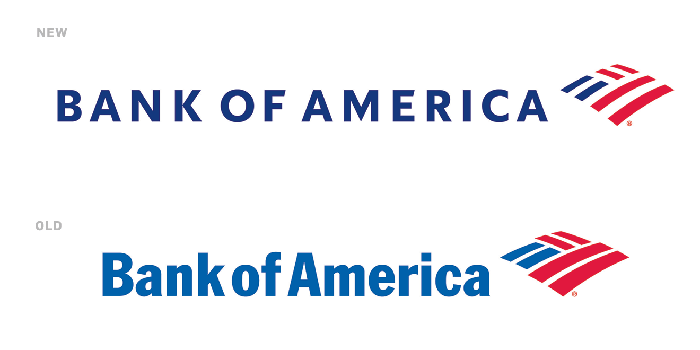 On the face of it, it looks like no more than a refresh. Nothing wrong with that. The old version, designed when Nations Bank merged with Bank of America (BofA) in 1998, was said to represent farmer’s fields. That was 20 years ago. When there were still farmers.

Now we’re thinking about farms on Mars. In the new version, the basketweave pattern has been tightened up and a much cleaner, more contemporary bold sans serif typeface has been chosen to ride alongside it. It’s now a bit kite-like, suggestive of flight. It’s gone from the earth to the sky. It’s lighter than air. In fact one commentator said “you could imagine this on the fuselage of a jetliner.”

Or maybe on a Soyuz Rocket?

Funny how what you design for a bank could just as easily be used by an airline, or an insurance company, or a fashion house. In fact when you think about it, Bank of America’s new logo would work really well for United Airlines. Better than what they have now. 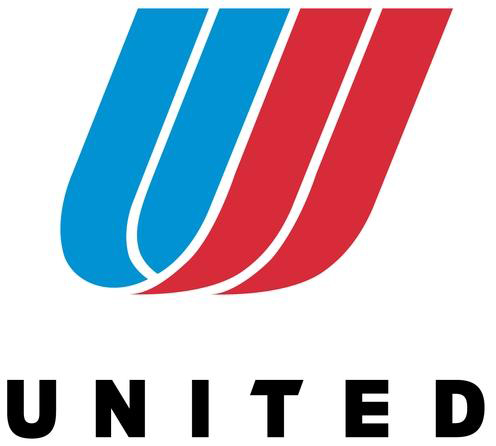 Corporations need to look slick and buttoned down, like they are ‘masters of the universe.' The reality is of course that they are no more in control of the universe than Nero was of the flames that engulfed Rome. But they need to look like things are running smoothly, at the very least. And that they’re the ones running them.

Bank of America, the second largest bank in the USA with assets near $3 trillion, is still trying to outrun the damage it did to its brand in the subprime crisis of 2008. But hey, that was 10 years ago. Water under the bridge, right? All those foreclosures? All those people thrown into bankruptcy? Ancient history.

They’ve been trying to look customer-focused ever since.

Now BofA is launching its new logo alongside a Christmas campaign with the headline: The Power to Make a Difference. If anybody has that kind of power, it’s America’s second largest bank. (They demonstrated that 10 years ago.)

The irony is that BofA is having a very strong year in consumer banking. So it’s not hard to see the marketing logic: there’s more gold in them consumer hills. How do we connect with them? You can almost see the post-it notes: show them all the important work we are doing on the social front!

Is there a disconnect between the super-slick corporate kite logo and all the down-to-earth, human campaign imagery? Is there something uncomfortable about a symbol of the soulless machine imprinted on a human story? It does kind of make me cringe a bit.

But it works in favour of the corporation. If you emotionally bond with the story, you won’t forget the logo. It’s just a vessel for the meaning you pour into it. Next time you see it there will be an automatically warm and fuzzy limbic response. You don’t have any control over that. And you never will.