Able to Leap a Stack of Cars in a Single Bound

When writer Jerry Siegel and Canadian-born artist Joe Shuster’s creation Superman was brought to the airwaves via radio program he needed a catchy phrase that would immediately identify what was so super about this man. Cue pulp writer Bob Maxwell and press agent Duke Ducovny and their immortal super simile “Faster than a speeding bullet. More powerful than a locomotive. Able to leap tall buildings in a single bound.”

Now another group of superheroes with Canadian origins are set to hit the world stage and they similarly need a way to easily express their feats of greatness. Athletics Canada worked with Vancouver-based agency One Twenty Three West to develop a total rebrand which includes a new logo, website redesign as well as a new line of branded gear that both athletes and fans will be wearing in the leadup to the 2020 Tokyo Games. 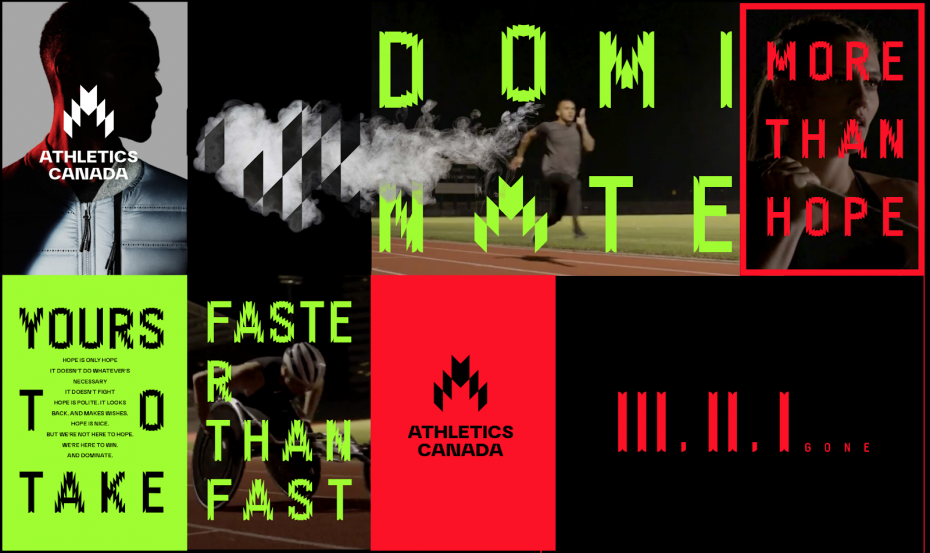 123w Creative Director Addie Gillespie says, “Athletes are impressive. But their accomplishments are even more impressive when you understand just how fast, or how high they go.” The video, which showcases Andre De Grasse, Alysha Newman and Tristan Smith, gives physical context to their achievements.

Just like the mild-mannered reporter of old, the athletes in the spot are shown compared to objects from real life to show how incredible their talents are. Alysha Newman jumps over a stack of four cars (the actual height she can jump), Andre de Grasse beats a commuter train and Tristan Smyth creates a burning hot jet stream as he scorches down the track in his wheelchair.

Athletics Canada’s Mathieu Gentès says, “Track and field hasn’t been on many people’s radar since the last golden age of Athletics in the nineties. But with athletes like Andre de Grasse, Damian Warner, Sage Watson and Alysha Newman making headlines across the globe, we have a chance to build some serious excitement and pride for Athletics Canada.”

The spot, and rebrand, were designed to resonate with younger fans and inspire the next generation of heroes. So far it has been a success with tremendous feedback and traffic from their target demographic. Mild mannered these athletes are not.

Creative Director Addie Gillespie says, “We have some of the world’s fastest runners, highest jumpers, the strongest throwers. But as Canadians, we have a hard time being boastful. But this is our time to shine. As our athletes step onto the world stage, not one of them will go unnoticed. This is where we stop hoping, stop apologizing. And start creating a stage for our athletes to win.”