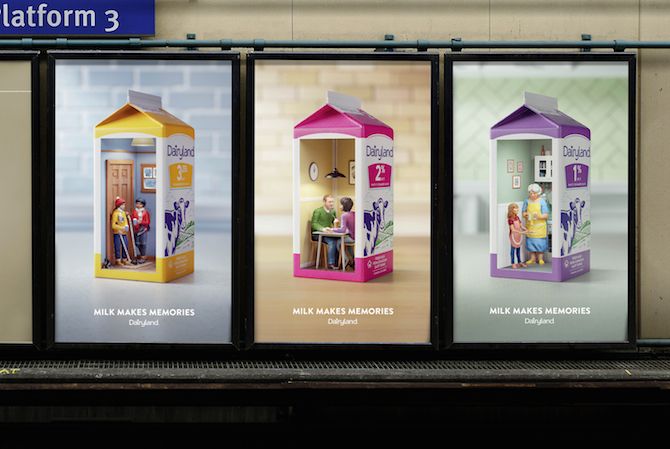 As our Advertising Awards are set to be published in our winter annual, we would like to showcase some work from our judges panel. First up is Katie Ainsworth, ECD of Cossette Vancouver. For their newest project, Cossette takes us down memory lane with the ‘Milk Makes Memories’ campaign.

Saputo’s Dairyland milk brand has been a household name in Western Canada for years. To celebrate their new packaging, Cossette showcases Dairyland milk in family settings - where memories are often made.

To draw attention to these memories, Cossette used 3D dioramas that highlight various scenarios. Enjoying a loved ones company and playing hockey are a few memories that can be seen. Each diorama is housed in a Dairyland milk carton and is then printed on posters. 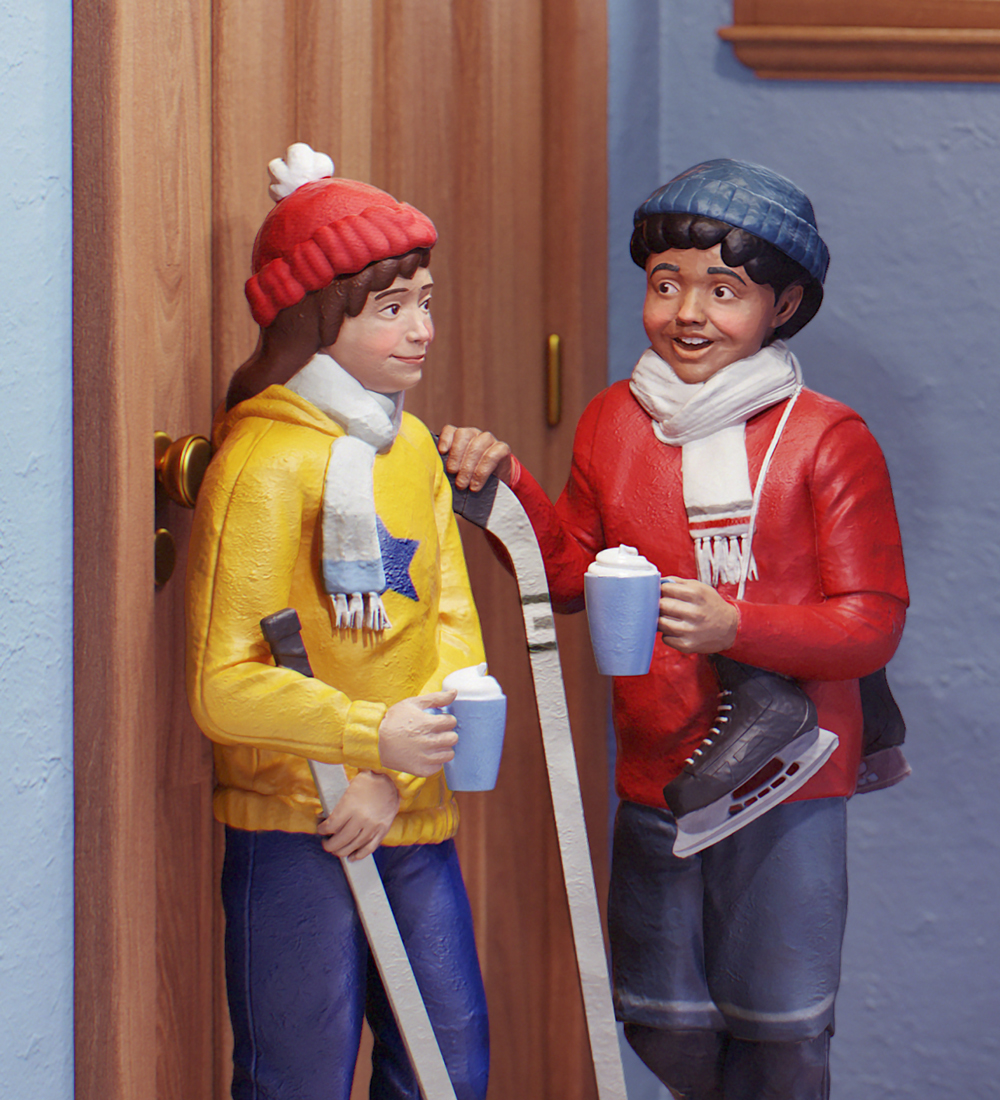 The crafty and homemade feeling of the dioramas can be accredited to the collaboration between Cossette and Argentina-based studio Estilo3D. “We wanted to bring these charming moments to life as meticulously handcrafted dioramas,” explains art director, Kelsey Hughes and writer, Mark Wilson, in a release. “But we were concerned about achieving enough detail to convey the emotion of the scenarios. After exploring options, like physically making the models, we decided to pursue CGI.” 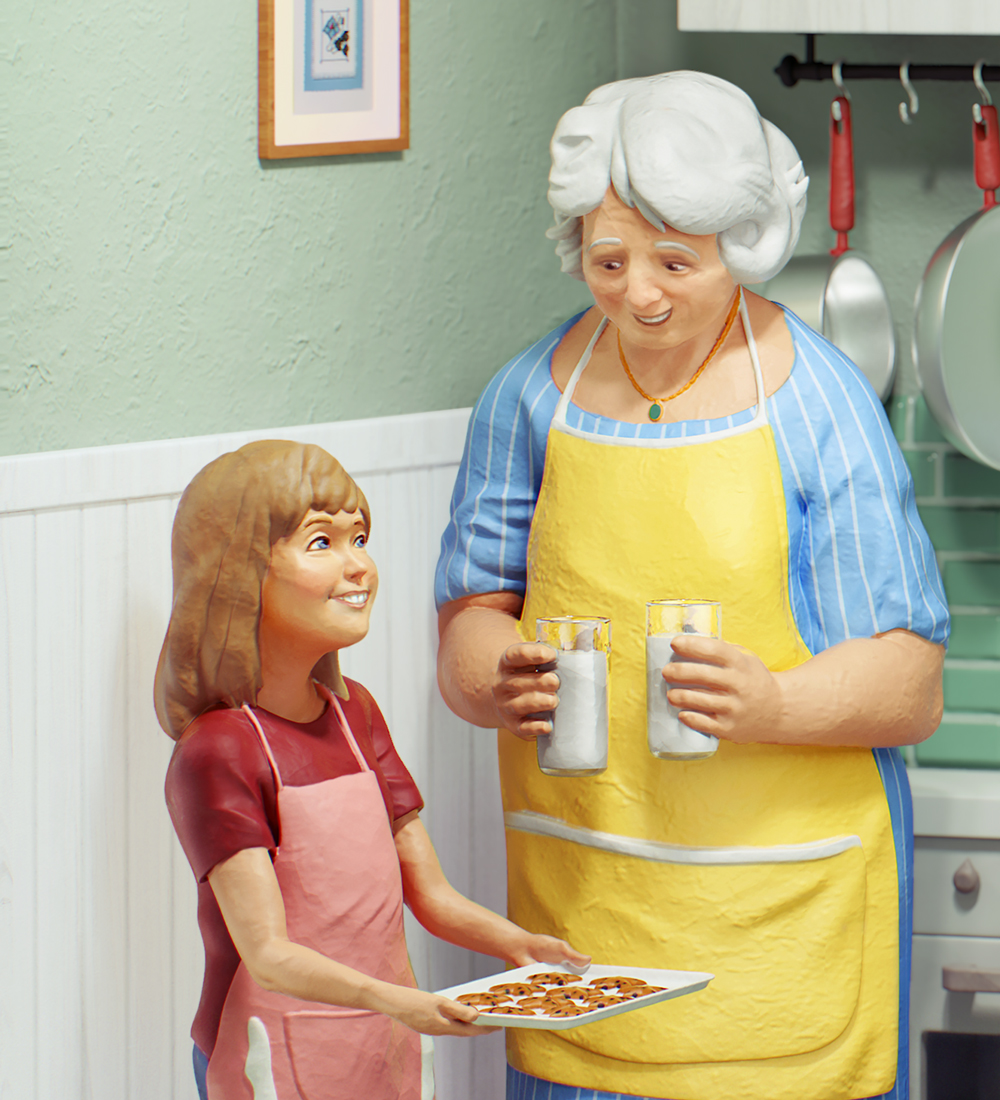 But before the CGI could be used, Cossette had to draft each diorama. The team went through stages of image development and once the characters and positioning were finalized, the images were “synthesized through texture, colour application and lighting.” CGI allowed for the dioramas to come to life and perfectly captured the mood and texture of the characters. 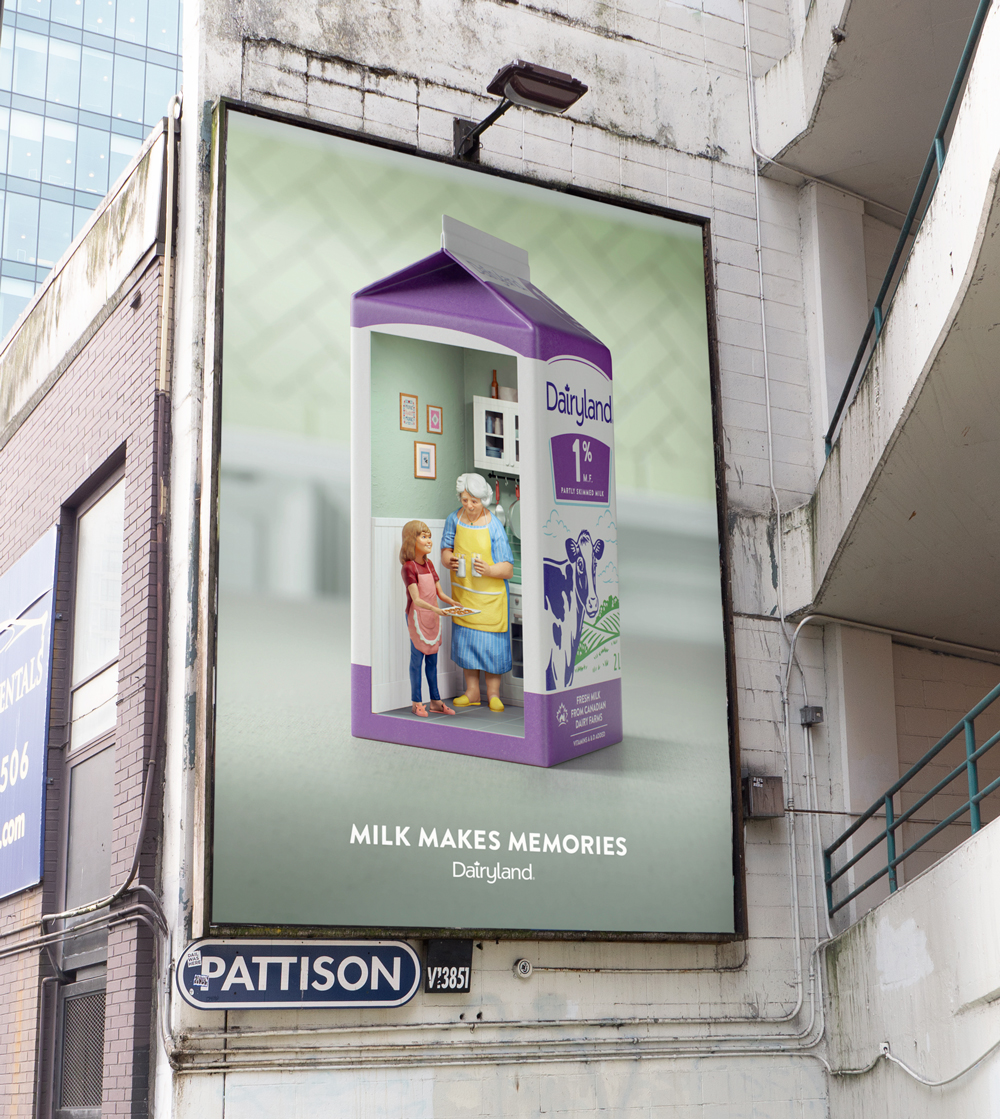 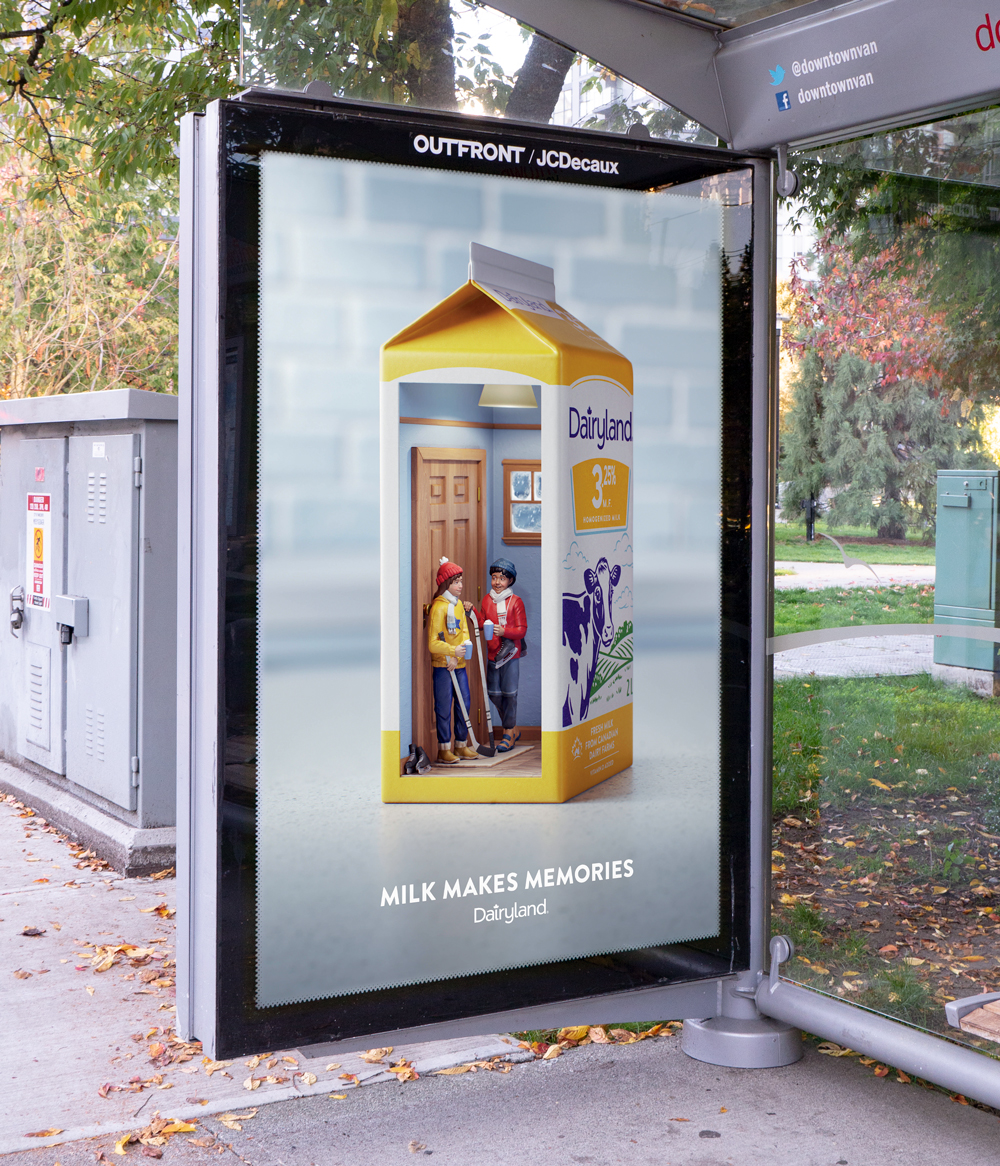 The posters can be seen on billboards, at transit platforms and stops and TSA’s. Cossette partnered with OMD to book the out-of-home and digital media space. Cossette has also made an animated video, which will be seen across digital and social channels.