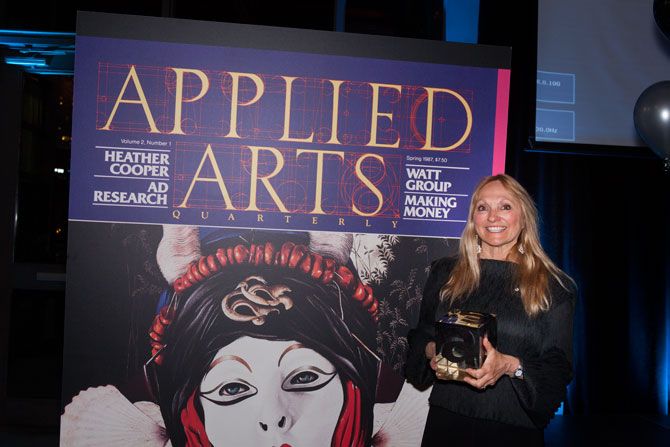 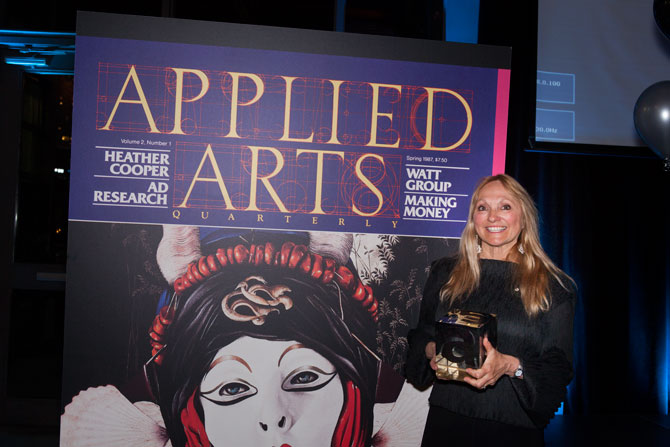 The Golden AACE Awards recognize the outstanding contributions of Canadian creative leaders whose careers Applied Arts has followed over the last three decades. One Golden AACE Award—a black-and-gold version of the Applied Arts Creative Excellence (AACE) Lucite cubes—was presented in each of the main disciplines covered by Applied Arts: Advertising, Design and Image. 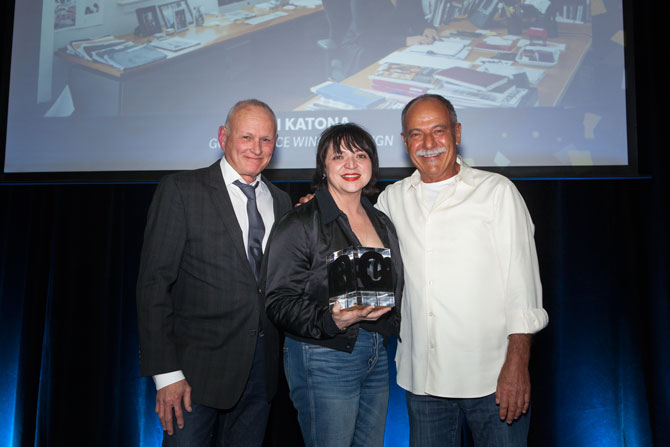 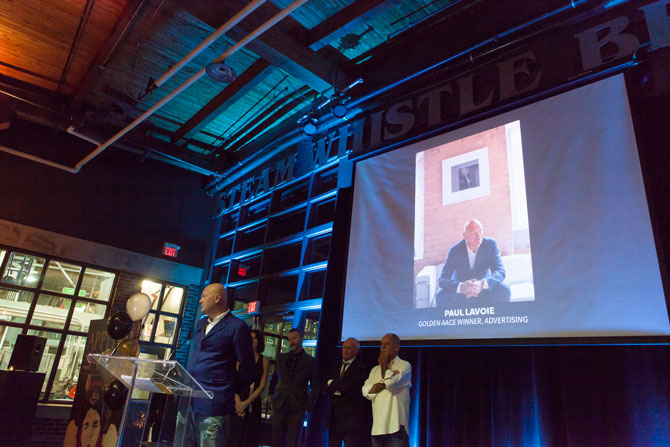 A panel of senior-level industry professionals across all disciplines reviewed a shortlist of 18 creative legends and used the following criteria to determine the Golden AACE recipients: professionally active primarily in Canada for most or all of the last 30 years; award-winning with international accolades; achieved significant business success and is considered a change agent; and has been a mentor or cultivator of talent.

john st. ECD Stephen Jurisic, who emceed the evening along with Blok Design’s creative director Vanessa Eckstein, noted that the calibre of work in the shortlist made the decision very difficult. “Just remember that as you look at their work tonight,” he said.

The presentation highlighted notable works by each of the recipients, including Lavoie’s “Wheelchair” spot for Molson Canadian and the iconic billboard for McDonald’s Pizza, Katona’s branding work for Keilhauer and MEC, and Kunz’s numerous covers for publications such as Time, Toronto Life and The New Yorker. Each of the recipients also received a full-length feature profile in the new May/June 2016 issue of Applied Arts, available on newsstands in early May.

Also at the event, Applied Arts revealed the 2015 AACE winners, which were the top-scoring winners in last year’s Applied Arts Awards programs.

Finally, the recipients of the inaugural Georges Haroutiun Scholarships were also recognized at the event. Students completed work based on a brief on how climate change could affect their communities.

The winners were Mila Mukhortova of University of Fraser Valley (Advertising), Shyronn Smardon of Capilano University (Design) and Natalie Nehwali of Sheridan College (Illustration). They will be featured in the July issue of Applied Arts.

Congratulations to all of our winners and thank you to our friends and supporters who helped us ring in 30 with style! Stay tuned for event photos on our social media.