Are you billing enough? 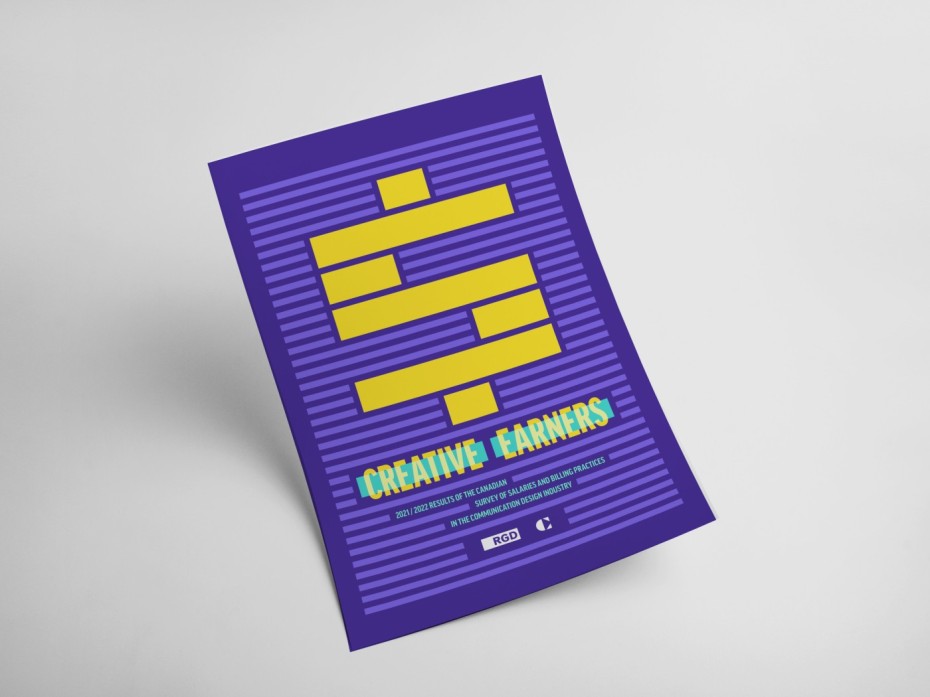 Curious to know what others across Canada are charging, billing and earning? Want to know the data on the future of work, DEI measures, salary transparency and more? We thought we would share the new 2021/2022 Creative Earners report with you. The report is a valuable salary negotiation tool for visual communicators.

The Association of Registered Graphic Designers (RGD) and Design Professionals of Canada (DesCan) released the 2021/2022 results of Creative Earners, Canada’s comprehensive salary survey for creatives. The report raises awareness of the country’s communication design industry and provides an economic profile of the field.

With responses from over 3,200 Canadians from coast to coast, Creative Earners shares information about where creative professionals work, who they work for and what they are earning and billing. Included in the extensive report is salary data on business owners, in-house designers, agency employees, design educators and freelancers.

First published in 2001 and now in its 10th instalment, the survey expanded in 2021/2022 to include new questions on gender, sexual orientation and race; diversity, equity and inclusion measures in the workplace; the future of working from home and salary transparency.

“Given the magnitude of change that’s happened in our industry since the last Creative Earners report in 2019, we wanted to ensure the new edition was comprehensive and relevant. For the first time ever, we are reporting compensation based on gender, sexual orientation and race, and we also asked respondents about diversity, equity and inclusion measures in their workplaces. We hope the new report provides an intricate look at how our industry is evolving and sparks conversation about changes that need to happen to ensure that salaries and billing rates are on par for all.” 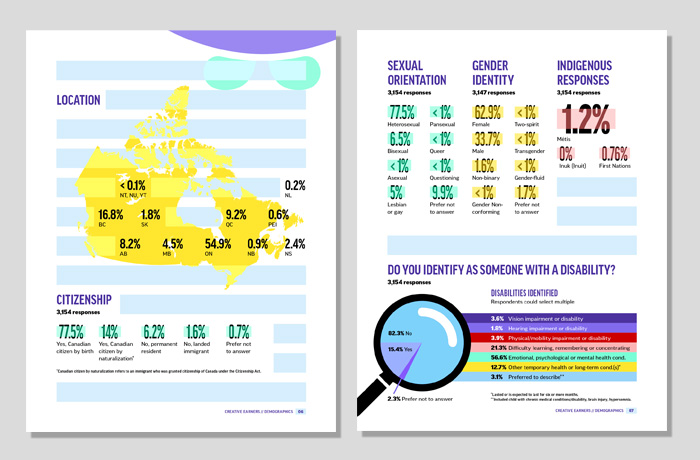 Women are generally paid less than men. Full-time freelancers show the largest pay gap, with women earning approximately 82% of what men earn.
BIPOC respondents are generally paid less. The pay gap for BIPOC respondents was largest for Communications/Marketing/Brand Managers, with white respondents earning 13% more.
Hybrid work models appear to be the way forward for the majority in the industry. Almost three quarters of agency employees reported that they will be working in some form of a hybrid model in 2022, along with 72% of in-house designers and 57% of business owners with teams.
The most frequently offered benefit is the ability to work from home (76%), which was only the fifth most frequently offered benefit in 2019.
While there are numerous areas in which respondents shared that their workplaces are focusing on DEI, 34% of business owners shared that they have not implemented any initiatives. 48% of agency employees stated that they are not aware of any DEI initiatives made by their employer, along with 38% of design educators and 36% of in-house designers.

The 2021/2022 report was released at DesignThinkers Toronto on October 28. It is free for all to download here.

The report was branded and designed by Deloitte Canada’s in-house agency.

“We’re pleased to partner with the Association of Registered Graphic Designers to bring this survey and its results to the forefront of the Canadian design industry. There’s strength in numbers, and we’re grateful to the thousands of creatives from across the country who took the time to complete the survey and helped us comprehend the current financial and employment landscape for designers in Canada. The key to meaningful advancement of our industry, is to come together as a community.”

About the Association of Registered Graphic Designers (RGD)
Through RGD, Canadian designers exchange ideas, educate and inspire, set professional standards and build a strong, supportive community dedicated to advocating for the value of design. RGD was created by government legislation to grant designers, design educators and design managers who qualify the right to use the designation ‘RGD.’ Representing over 3,400 Members, RGD advocates on behalf of the profession, communicating the contribution of graphic designers to commerce, culture and society.

About the Design Professionals of Canada (DesCan)
DesCan is committed to leading, supporting and advancing professional design communications in Canada. We are a nationwide, membership-based community and have been establishing standards for design professionals since 1956. Community by Design.