Art and Beer. Are We in Heaven? 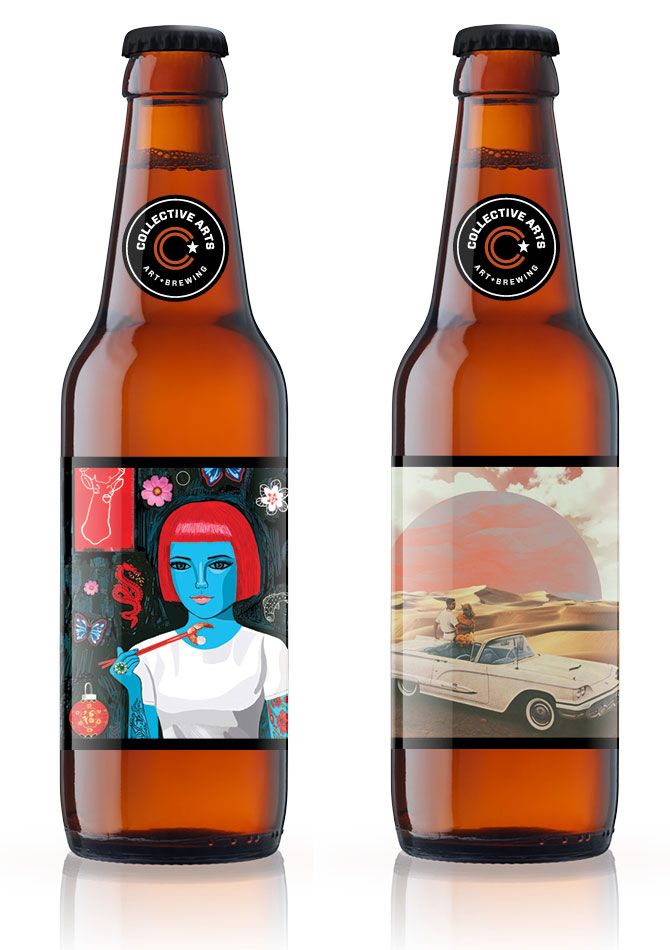 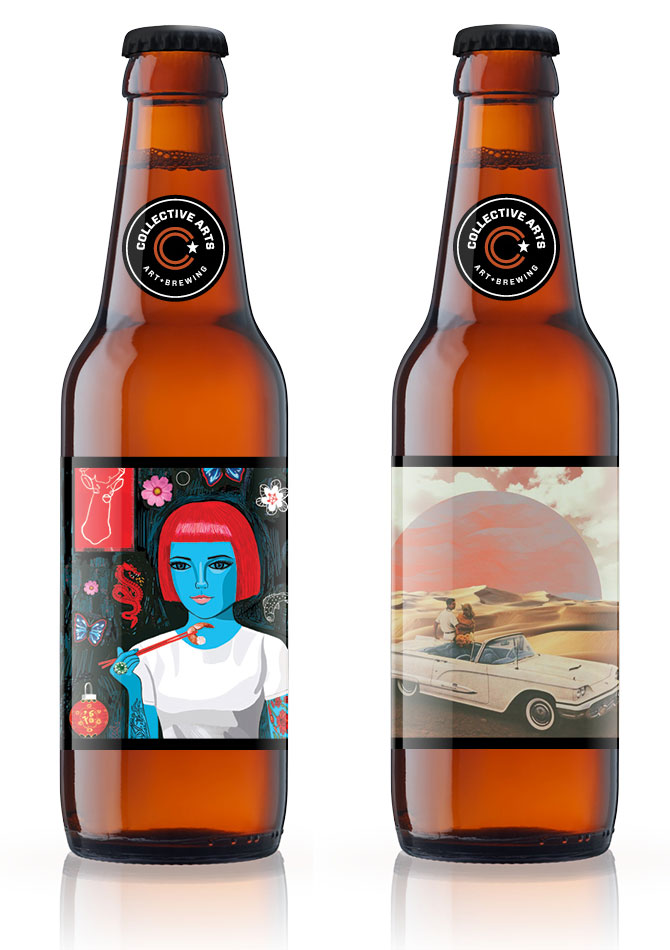 Art and beer — we couldn’t think of a better pairing. And neither could Collective Arts Brewing, it would seem.

The Ontario-based craft brewer, which launched in September 2013, makes its mark by featuring work by international artists on its labels. The art is sourced by a global call for entry every four months — this latest series saw over 2,200 submissions.

“The founders are two real lovers of art and craft beer,” says Linda Yahya, media representative at Collective Arts Brewing. “Every six-pack is different, and it’s an awesome sense of discovery.”

A panel comprised of creative professionals, musicians and beer industry insiders selects the work to be printed. Eighty artists were chosen for Series Four, and now the brewery is celebrating the release of the new batch with a party on February 19 at The Garrison in Toronto.

Some of the locally based artists will be in attendance, bottles will be on display in a gallery-like setting and musical performances will round out the event. “It’s also the first time we’ve taken over the taps somewhere!” Yahya says. In addition to taps of Collective Arts’s regular extra pale ale, blonde ale and session IPA (available in The Beer Store and LCBO in Ontario), samples of the brewery's new, unreleased beers will be available to try. 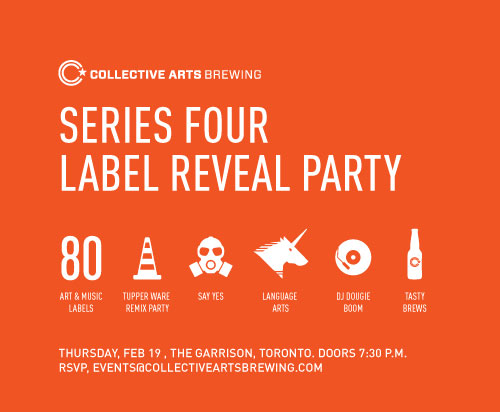 While the brewmaster is educated in molecular biology and can craft a mean pint, it’s the brewery’s approach to branding that really makes the experience different, Yahya says. The company uses an augmented reality app called Blippar to have drinkers scan the label to get more information on the artist or musician who designed it. “And our call for entry brings it all back to the artists — they help curate what we look like. So our brand is based on what’s cool and what’s new in the beer communities,” she says.

The Collective Arts Brewing Series Four release party is February 19 at The Garrison in Toronto. It’s open to the public as of 7:30 pm, as long as you RSVP here. 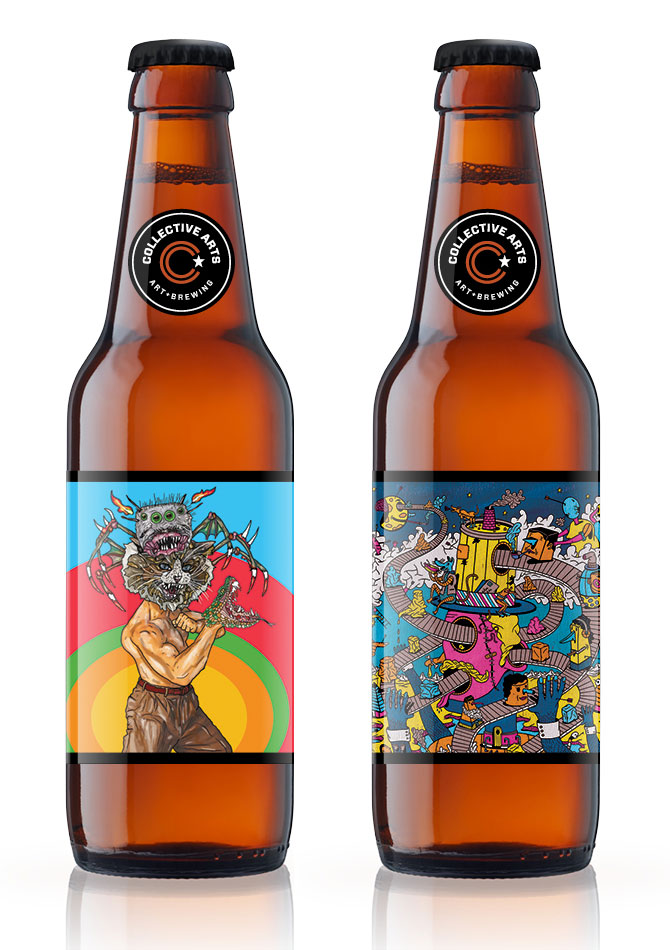