Meet the first beer crafted to teach you guitar 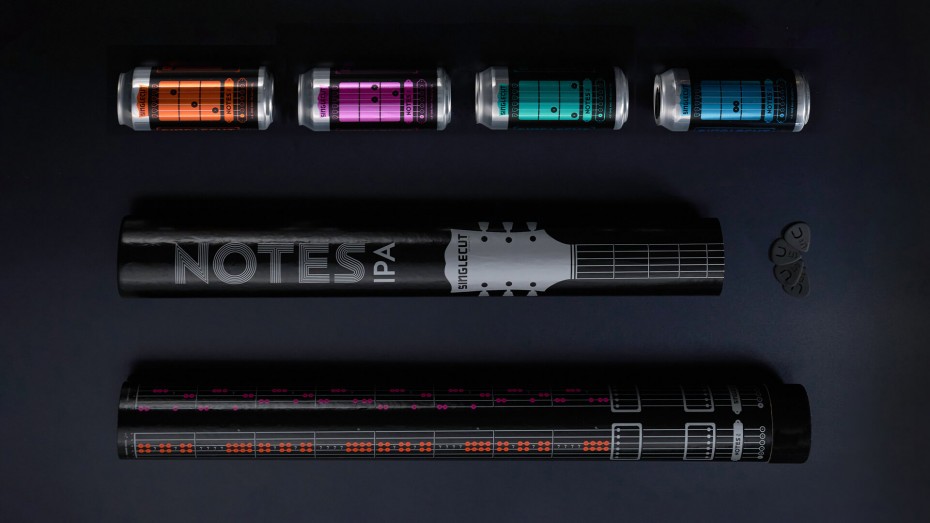 When John Lee Hooker, one of the greatest and most influential guitarists of all time, covered Rudy Toombs’ “One Scotch, One Bourbon, One Beer” we are pretty sure he wasn’t pining for musical education, but if the beer he received was a Notes IPA, he definitely would have appreciated the extra plectrum.

SingleCut brewery is named after the iconic guitar design of the same name. You know the one, the solid body style made famous by Gibson’s Les Paul and its players like Jimmy Page and Slash. So it only makes sense that the brewery’s most innovative brew yet would combine musical notes with its hoppy ones.

“Whether you’re crafting a great IPA or a piece of music, it all comes down to the notes,” says Rich Buceta, Founder and Head Brewer of SingleCut Beersmiths. “This beer innovation has been two years in the making and we love that Notes IPA can now inspire our fans to learn guitar or even become the next Jimi Hendrix.” 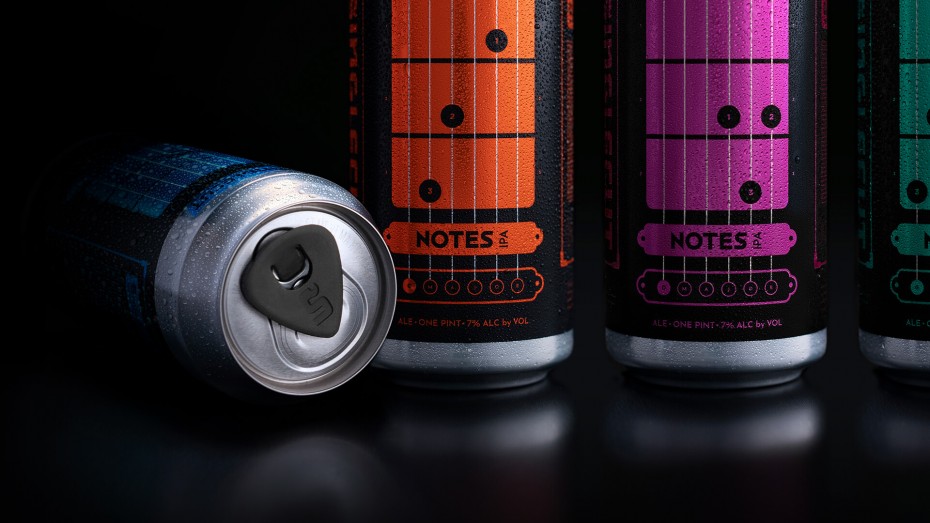 The entire 360-degree campaign from concept to branding to digital extensions for Notes IPA was conceived by Toronto-based agency Zulu Alpha Kilo. The cans include one of the foundational guitar chords: C, D, G or E-minor. When you grip the can, you can practice your finger positions, as the brew transforms into a flavourful fretboard. While the aluminum isn’t amplified, a Snapchat code allows consumers to access an augmented reality lesson to make sure they know how the chord sounds, that they are gripping correctly and maybe even add to the licktionary themselves.

Zak Mroueh, Founder & Chief Creative Officer of Zulu Alpha Kilo, says, “Notes IPA is the purest distillation of what the SingleCut brand is all about: craft beer and rock ’n’ roll. Even if you’ve never touched a guitar before or you’re one of the all-time greats, this beer speaks to the guitar hero in all of us.”

As a part of the campaign, SingleCut is sending out custom-made cases of beers to some of the world’s best players Jack White of The White Stripes and Canada’s Robbie Robertson of The Band. While you may not end up playing like those six-string superstars, as Radiohead once sang, “anyone can play guitar” and now with this brew, so can you!

ABOUT SINGLECUT BEERSMITHS
SingleCut Beersmiths was founded by Queens/NYC born, music-obsessed brewer Rich Buceta whose life-long passion led to a place where hops and vinyl could shine side by side. Since opening in 2012, and with the help of an equally talented and devoted team, SingleCut has gained a loyal following across North America.