Growing up, we had a large sheepdog, the kind that never really adjusts to the suburbs and prefers their own accommodations in the backyard be it a dog house or a freshly dug hole. Said sheepdog, also had a penchant for chewing our toys. A giant fluffy cloud would appear around the corner smacking its gums like a 10th grader going through bubble gum. Many a vintage Star Wars toy, surely worth a mint now, succumbed to a snacking sheepdog.

If we had had “Chewpons” back then, it definitely would have assuaged some of the sting of losing yet another Ewok. Launched on Facebook and Instagram, the “Chewpons” initiative invites folks to take pictures of their chewed-up items and submit them to Milk-Bone in exchange for a $2.50 coupon towards their next Milk-Bone purchase.

“We wanted to create a program that showed Milk-Bone doesn’t just understand the many facets of life with your dog, but rewards the unconditional love pet parents have through it all,” says Adam Zitney, VP of Marketing for Milk-Bone’s parent company, Smucker Foods Canada. “Chewpons are a great way to take the sting out of finding another chewed thing and turn it into something that your dog will love.”

The campaign was created by Leo Burnett Toronto with content captured by the award-winning photography duo SATY+PRATHA who’ve elegantly captured the inelegant results of dog demolition. 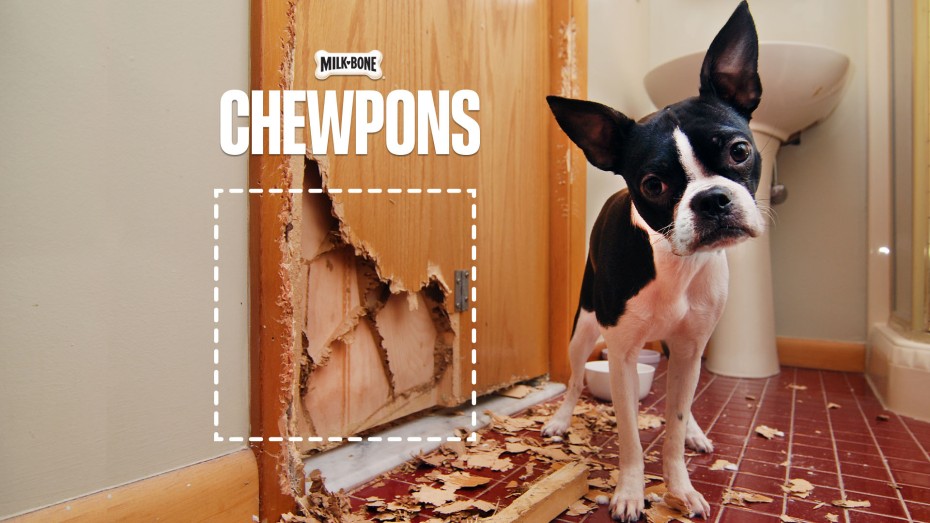 “Ask any dog parent and they’ll tell you about that time their dog chewed something that they’ll never forget,” says Lisa Greenberg, Co-Chief Creative Officer at Leo Burnett, the agency that developed the initiative. “But they always forgive, because they love their dogs no matter what.”

“Giving pet parents something in return is a way for Milk-Bone to also be something they’ll never forget. That thing that got chewed, now they can put it to good use and turn it into something their dog will love.”