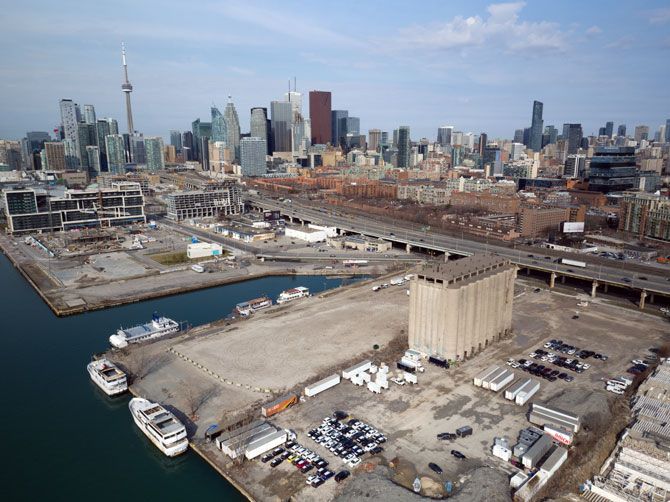 Sidewalk Labs, a subsidiary of Google’s parent company Alphabet, wants to show the world what a 21st-century city can be when urban design is combined with artificial intelligence and tech. In October 2017, Waterfront Toronto and Sidewalk Labs announced a public-private partnership for a 4.9-hectare district called Quayside. The partnership, dubbed Sidewalk Toronto, will see both parties spend a year to plan Quayside, a living laboratory that could test solutions for sustainability, mobility and other city building challenges. If they can't agree on how to move forward with the design of the development, either party can walk away.

“People have the say in their environment that gives them the ability to change it,” Sidewalk Labs CEO Dan Doctoroff told John Stackhouse, senior vice-president, office of the CEO at an RBC Disruptors panel this past winter. “All we’re trying to do is create and set the platform for that to happen.”

Sidewalk Labs wants to thread a digital layer through the district. Embedding sensors and connected technologies like a nervous system would track the physical layers—the buildings, mobility, public realm and infrastructure—and signal to the community new ways to manage them.

Sensors that can measure air quality, noise levels, weather, and human movement; autonomous vehicles to help pedestrians reclaim streets and green space; and robots to shuttle waste via underground utility channels are just some of the ideas Sidewalk Labs outlined in its response to Waterfront Toronto’s RFP. 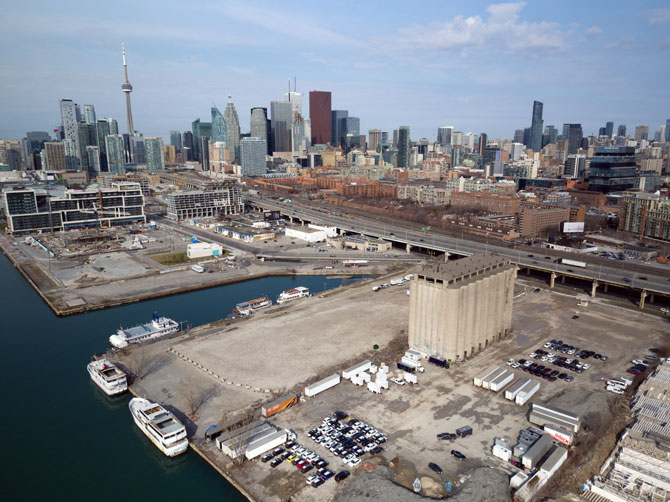 Toronto's Eastern Waterfront, the proposed side for Sidewalk Labs 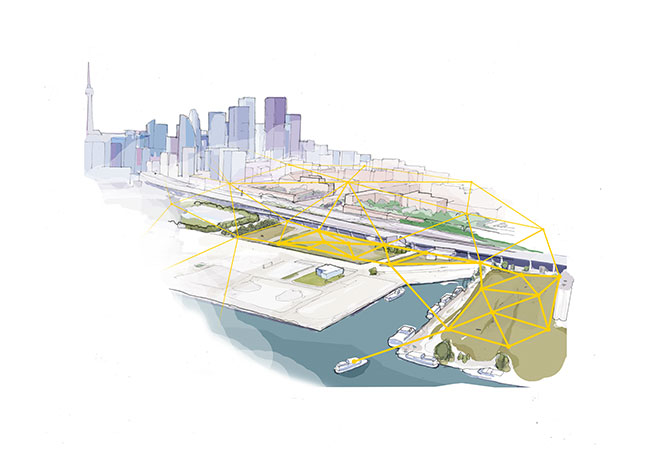 While using data mined from residents and the very benches they sit on might seem like a tactic ripped from science fiction, many of the core concepts at the heart of Sidewalk's pitch aren’t new.

“But the idea of putting them all into one place, and really tackling them as a whole, is exciting to watch,” says Ann Joyner, an urban planner and partner with Dillon Consulting, whose projects include Toronto’s Port Lands. "Pretty well everything that's being talked about by Sidewalk Labs are things that we're talking about, or experimenting with, in pieces."

She points to London, Ontario's Dundas Place, a Dillon project, which used data from a local Wi-Fi network to better model a “flexible street.” The four-block design is currently in development and removes curbs and sidewalks, putting less focus on vehicles to allow Londoners to shift the space to match their needs, whether they are hosting festivals or pop-up shops.

In its vision document, Sidewalk proposes that Quayside become a node in the greater development of the Port Lands, which at 325 hectares is one of North America’s largest areas of undeveloped urban land. All three levels of government recently invested $1.25 billion to help revitalize the area. But it's unclear if Sidewalk Toronto will be able to expand outside Quayside, as at the time of this writing, a budget and any conditions attached to the $50-million pledge have not been released.

But how viral Sidewalk Toronto can go won’t be limited to its ability to expand beyond Quayside. “Assuming the [budget] is in line with what other communities can do, there will be a lot of openness to spread the ideas, as long as they can be shown to be successful,” Joyner says. Since Quayside is not an existing community, planners won’t have any base data to compare what happens there with what might have happened without Sidewalk’s innovations. Still, Doctoroff told Stackhouse he wants others to be able to copy and adapt ideas across other sites—and that Sidewalk Toronto will document and share its successes and failures.

Robert Voigt, a planner and contributing editor for the Ontario Professional Planning Institute’s journal, calls the partnership a game changer. “It’s not just the technology brought to the table, it’s the whole process,” he says. He cites Sidewalk Toronto and the recent bid for Amazon’s second headquarters as examples of cities rushing to become the next company town. In his RBC talk, Doctoroff highlighted Toronto for its diversity and burgeoning tech sector as an ideal site. To help spur the innovation and attract startups, Alphabet will move Google’s Canadian headquarters to the Eastern Waterfront.

OCAD University president Sara Diamond says her preliminary talks with Sidewalk Labs have been positive. “There’s a great conversation there ... in terms of landscape, public art and places that can be really invigorated through creativity.” As part of its Campus for the Connected World, an upcoming research facility focused on design thinking and innovation, OCAD will soon have a presence on Toronto’s harbourfront and could interface with emerging companies. The proximity to Quayside would amplify the university’s existing research in areas such as wearable tech, and kickstart opportunities for augmented reality public art experiences, says Diamond.

Using smart city strategies holistically is also key. “[Sidewalk Toronto] looks at how we can use data in ways that are about social, cultural and economic benefit,” she says, adding the district will need to reflect not only the diversity of the 5,000 residents that are expected to call Quayside home, but also consider the ecology and well-being of Lake Ontario.

As the site is built, the blending of urbanism and data collection presents a distinct challenge to visual designers, says Pamela Robinson, associate professor of urban and regional planning at Ryerson University.

“People who work in the world of signage and wayfinding have a really important role to play in the design and the build in this project,” she says. “How do you signal to people visually that something different is happening there, that is different than other parts of the city?

“I think there’s a real opportunity on this particular site, because it is so different ... to start to build a new sort of language of transparency,” she says. “That’s a cool design challenge.”

Stay tuned as Applied Arts follows the Sidewalk Toronto design plan as it unfolds on appliedartsmag.com.

Ellen Keeble is a Toronto-based writer and editor.