"Brokers to the rescue!"

Ray, a Newfoundland advertising agency, shared with us their recent campaign for client Steers Insurance and we couldn't resist passing it on.  We love the refreshing and humorous approach Ray took with this campaign!

From Ray on the campaign:

'Brokers to the Rescue' was inspired by the kind of television shows we grew up on. Shows like Baywatch where heroes and speedos lived in harmony. The campaign includes a custom theme song in the style of the era (i.e. hair metal). The television features brokers (and their offices) directly ‘on the ground’ as a way to say – we’re really, really local.

Where is the campaign running?
Across Newfoundland and Labrador on television, cinema, radio, OOH, digital and social media.

When did it launch?
The campaign launched on October 31st and the first flight will run for six weeks.

What’s the campaign all about?
Having a Steers broker by your side is like having your own personal lifeguard – always there to watch out for you, and there when you need them the most. Steers brokers help their customers navigate the insurance landscape. They search for the best coverage and rates. And they read the fine print so you don’t have to.

What’s the goal?
To drive brand awareness of Steers Insurance and educate audiences about the value of choosing a broker over working with traditional insurance companies.

What was the strategy?
We determined that a lot of people in the market don’t recognize or understand the difference between a broker and a traditional insurance company. And, for the most part, people don’t love (or like the idea of) dealing with insurance companies. Clients want a solution to the hassle of deciphering policies, hours spent trying to decode fine print, and the headache of finding the best rates and coverage.

But Steers is not an insurance company. So they didn’t want to speak like one. Rather, they wanted to connect to their audience using humour and insights that tap into how people really feel about insurance, and position Steers as a refreshing alternative. 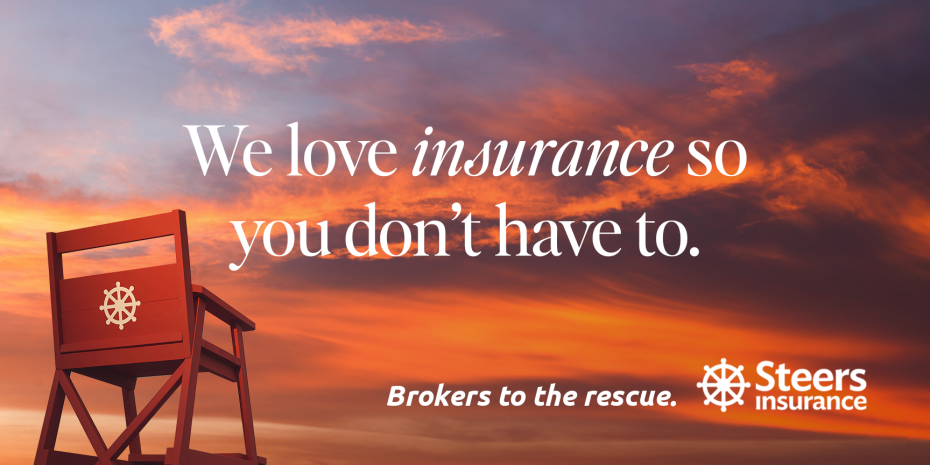 About Steers Insurance:
Steers has been serving customers in Newfoundland and Labrador for nearly 100 years. Today, with eight offices throughout the region, they are the largest independent insurance brokerage in the province.

About Ray:
A fiercely independent, full-service creative agency located in St. John’s, NL, Ray is the only women-led and creatively led advertising agency in Atlantic Canada.