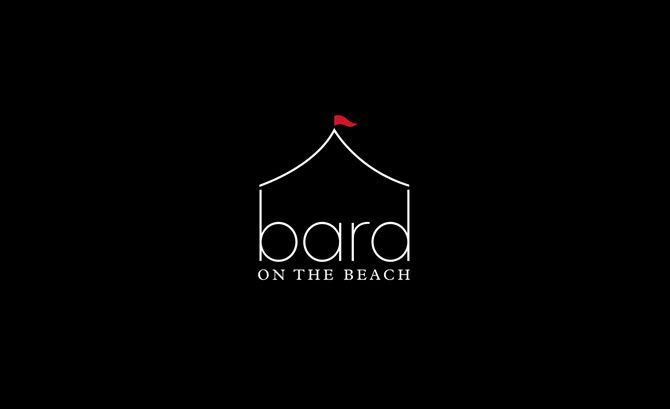 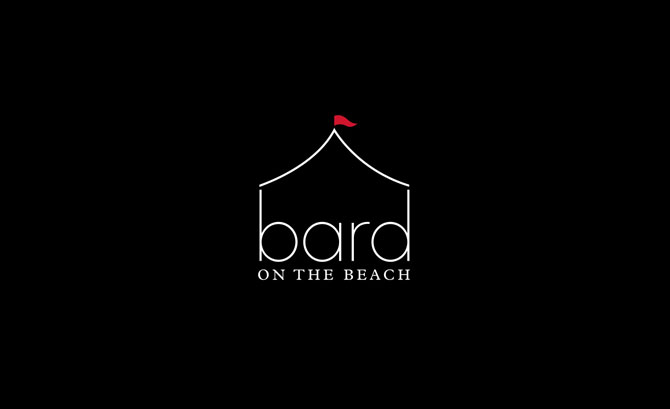 “To thine own self be true”—Vancouver’s Bard on the Beach Shakespeare Festival really took their namesake’s words to heart with their recent rebrand.

The company, which stages summertime Shakespeare plays under tents in the city’s Vanier Park, engaged Carter Hales Design Lab to lead them through the design process ahead of the upcoming 29th season.

The previous logo mark, while playful with its overlapping serif font, wasn’t reflective of the brand’s expansion over the last three decades. “We felt that there was really no distinction in the design system,” says Sean Carter, founder and design director of Carter Hales Design Lab. “But there’s a lot of equity in the existing mark, so whatever work we did needed to honour that.” 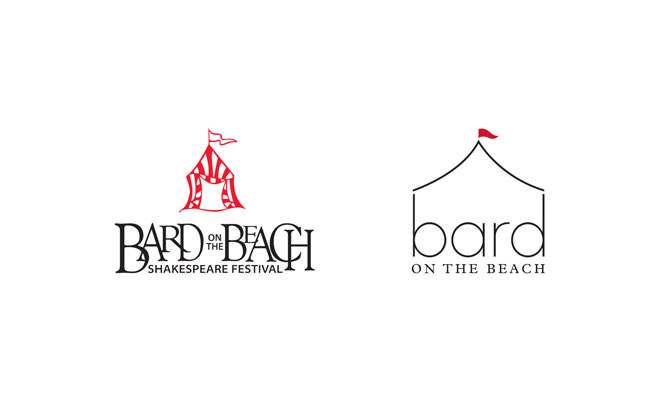 The former logo used an illustration of the red-and-white tents that are clustered on the shore of English Bay for four months every year. Extensive research showed that whether people are regular Bard patrons or not that familiar with the brand, “walking by Vanier Park, you know that tent,” Carter says. “Keeping it was really important.”

So the team created a simple, stylized tent silhouette for the logo and chose a sans serif type treatment that would work not only for the main brand, but its offshoots including the Bard Education arm. 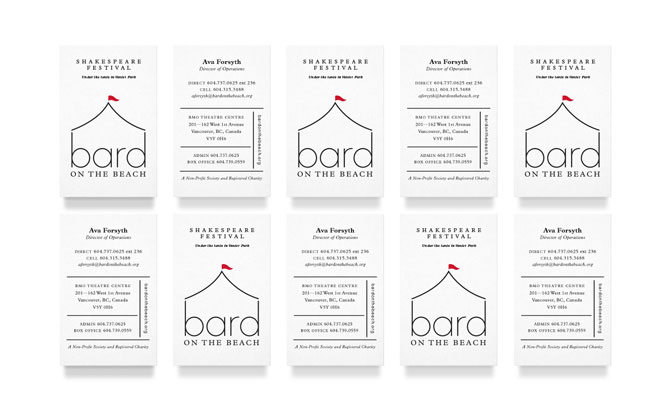 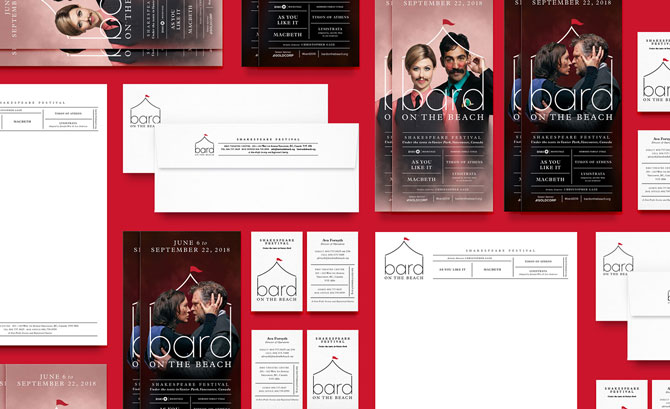 Across the marketing materials, the tent transforms into a space to showcase production photography or even Shakespeare quotes in the off-season. The concept highlights one of the key differentiation points about the Bard on the Beach festival: actors move freely in and out of the tent and audiences get peekaboo views of Vancouver’s skyline behind the sets.

“The tent became the perfect backdrop,” says Carter. “It was one of those rare scenarios where the logo designed itself. The process was easy and intuitive. Most of us at the studio are from Vancouver, so there was a sense of enthusiasm about the project, because we’re all fans of Bard.” 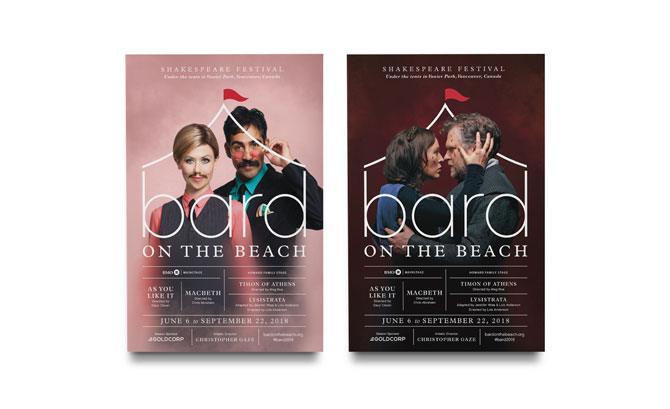 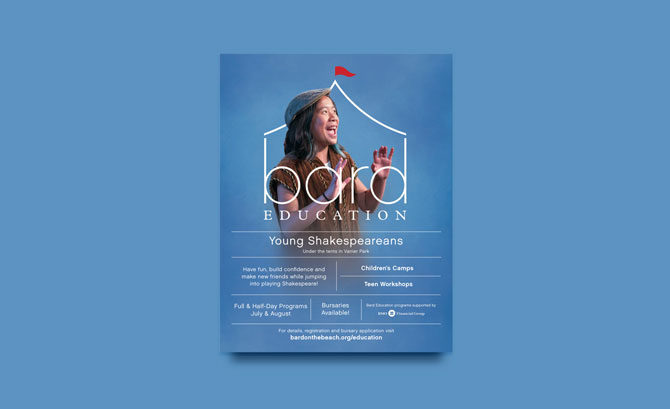