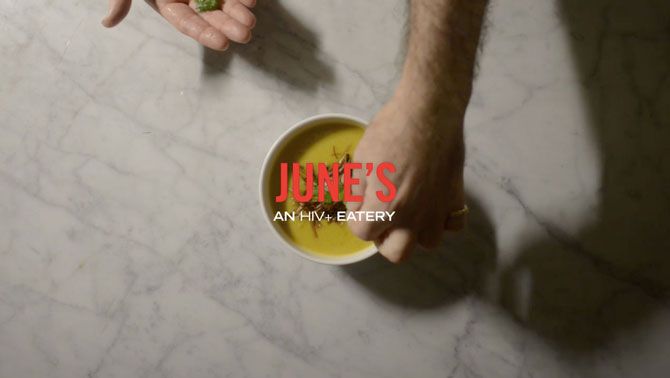 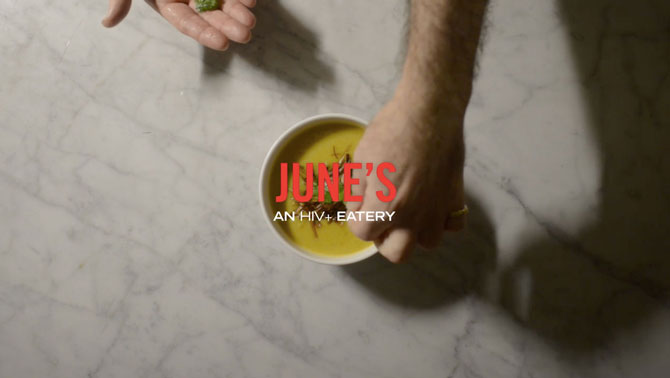 When Bensimon Byrne started working with Casey House, a standalone hospital for people living with HIV/AIDS, the team made a startling discovery. While HIV cannot be transmitted through food preparation or food sharing, in a survey of Canadians, only half of them said they eat would food prepared by a HIV-positive person. This was the main insight behind the Bensimon Byrne-led June’s Eatery, a pop-up restaurant staffed with HIV-positive chefs.

When June’s Eatery launched this past November under the #BreakBreadSmashStigma campaign, it was received successfully in the city and in the media. Over the course of three days, June’s, which was named after Casey House founder June Callwood, fed 300 people while educating over 700,000 Canadians on social media.

Continuing with its campaign, this week Casey House debuted June’s: An HIV+ Eatery, a documentary highlighting the 14 chefs behind the restaurant. The film, directed by Oscar-nominated Hubert Davis, elaborates on each chef’s personal journey and opens the viewer’s eyes to the ignorance the chefs face everyday. 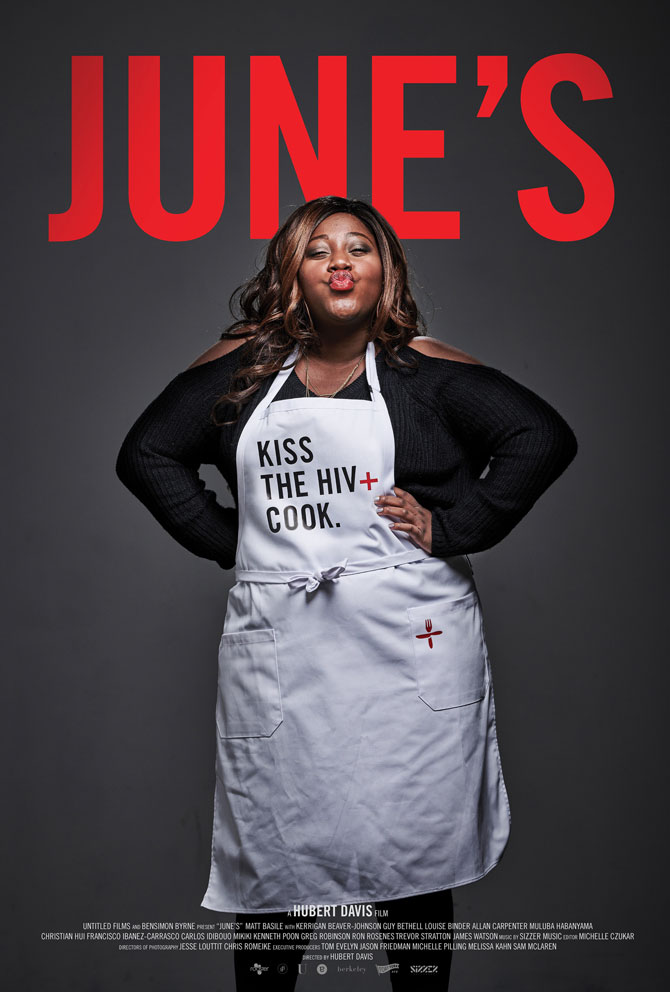 The doc opens by talking about making meals: “It is one of the most basic ways that we relate and show care.” The film revolves around the idea that by taking part in a sit-down meal, conversations are provoked. “The doc acts as a way for people to almost sit down with the chefs and enjoy a meal with them,” says Joseph Bonnici, executive creative director of Bensimon Byrne in a release.

June’s first introduces the chefs by asking them when they first got diagnosed. The answers span over a number of years, some from the 1980s up until the 2010s, and launch each chef into a story. “It was incredibly important to tell the personal stories of as many of the chefs as we could, because if people knew them, it would be impossible to stigmatize them,” notes Bonnici.

The raw emotions that each chef displays come from the loss of loved ones and careers, to the discrimination they face today—from refusal of a handshake or being shunned from friends and families. 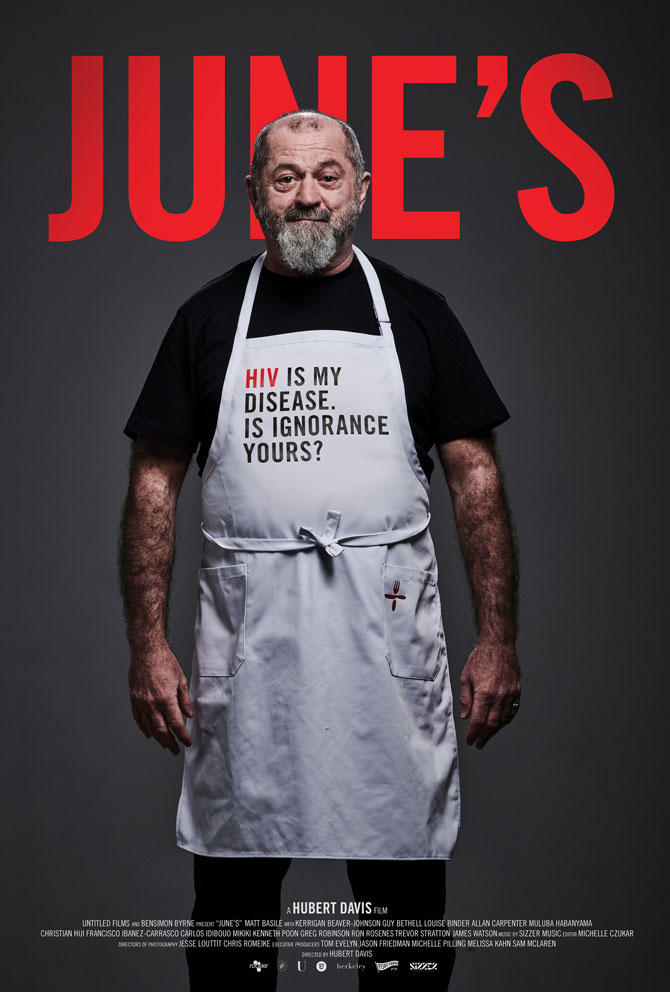 One thing that June’s highlights are the changes that have slowly been taking place as HIV is normalized. The doc showcases the history of HIV treatment, from the early stages of ineffective medications to the standard of Highly Active Antiretroviral Therapy. “This disease crosses age, sex, ethnicity and race. We think sharing [these] different stories will help people come to a better understanding of HIV,” says Bonnici.

June’s finishes with the success of the opening day at the eatery.. But this not where the story of June’s ends—it has been recently been picked up by HBO Canada. “We also plan to screen at several film festivals throughout the year, both in Canada and internationally,” says Bonnici.

Watch the trailer for the documentary below, and check it out on HBO Canada.—Sabrina Gamrot