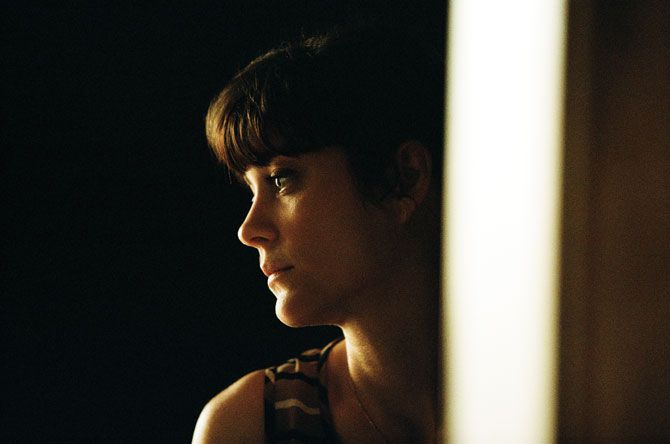 Shayne Laverdière’s narrative, cinematic style and A-list clients catapult him into the spotlight

Shayne Laverdière says he still pinches himself every day, amazed at how his photography career has taken off.

“What’s happening to me is unbelievable and so cool,” says Laverdière, 32, a commercial and portrait photographer who splits his time between Montreal, Toronto, Paris, Milan and New York. “I never really planned things out, but have always repeated to myself and to the universe that I wanted to become a very successful photographer internationally, and be amongst the best in the world.” 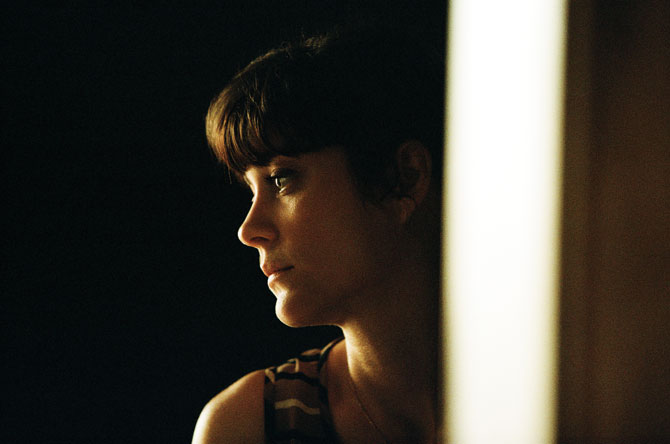 Laverdière snagged a Grand Prix at Grafika’s Concours Lux in April 2015 for his photo series Into the Kingdom—featuring Québecois film wunderkind Xavier Dolan—shot for L’Uomo Vogue.

Not too shabby for a kid from Quebec City whose first published shot was of his high school basketball team losing a game.

“I was 14 and on top of the world,” recalls Laverdière of his early work using the Minolta SR-T he received at age 10. “My math teacher, Bob Cullerton, really pushed me and gave me the keys to the darkroom.” A weekend jaunt to Toronto at age 15 with his mother Joanne convinced Laverdière to move there.

“It was my first time in a big city, and I knew that’s where I needed to be, so I found a high school with a specialization in photography, and the plan was: live in Toronto, finish high school, go to Ryerson and become a photog.” 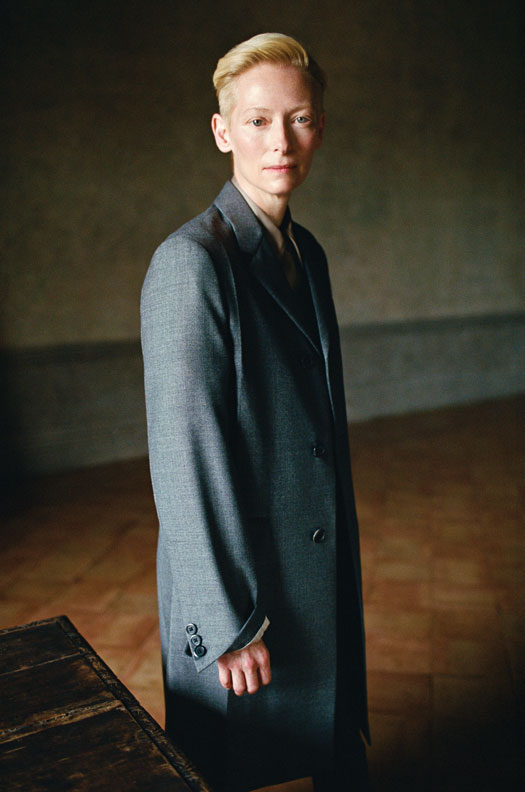 That’s not exactly how things panned out, however. After graduating high school, Laverdière veered off course to try business administration for six months before swinging back to photography. At 18, he went to Montreal to study cinema and communications at Dawson College.

Laverdière then headed abroad and eventually back home, where he worked seasonal jobs so he could study photography at College Marsan. Three weeks in, he wanted out, so in 2005, he moved back to Montreal, and began assisting fashion and beauty photographers, including Martin Tremblay, Richard Bernardin and Leda & St-Jacques.

But it was the three years spent working with Barry Harris—who passed away in July 2015—that finally convinced Laverdière to strike out on his own.

“Barry was the ‘Catalogue King’; he had such a prolific commercial career in the U.S. and in Canada—we travelled twice a month to shoot,” recalls Laverdière. “Barry was so generous—he gave me a ton of business acumen and the keys to his studio, saying I could use it whenever I wanted. Barry really believed in me, and wanted to see me succeed.”

“Niels was over the moon with the images and so was I, because they were beautiful,” recalls Laverdière. “I felt like I’d done something more than shooting clothing. It was a huge turning point.”

As Laverdière left the studio with Schneider, the actor called up-and-coming film director Xavier Dolan, suggesting he get new head shots, too. A few weeks later, Laverdière shot Dolan for the first time, forging a partnership that ultimately advanced both their careers.

“Xavier had had some bad experiences with other photographers who didn’t portray him the way he wanted to be portrayed, and when we took photos together, he felt comfortable; I understood him,” says Laverdière, who then did Dolan’s on-set photography for his film Laurence Anyways.

Since then, Laverdière has shot most of Dolan’s films and the director himself many times. Keeping Dolan’s portraits fresh is always fun and challenging.

“Xavier’s look evolves, and the way he thinks is always changing,” explains Laverdière.

When he shot Dolan and Gia Coppola at the famed Chateau Marmont for the Spring/Summer 2015 cover of Assistant magazine, he staged them in the water. “Visually it’s a palate refresher, like eating ginger with sushi. It shows a different aesthetic that’s mysterious,” he explains.

One of Laverdière’s most provocative photos was used as the poster for Dolan’s film Mommy, winner of the 2014 jury prize at the Cannes Film Festival.

“When the film came out in France, it was an immediate sensation; I’d drive down the Champs d’Élyssés on my scooter, and my image was everywhere. That was quite surreal.”

Last summer, after British superstar Adele summoned Dolan to London to discuss her “Hello” video, Laverdière got the call to head to Estrie, Quebec for the four-day shoot.

“Xavier actually had to fight for me to be on-set, because Adele came with her own photographer,” recalls Laverdière. “Most of the crew was kept in the dark until the first day of production. I shot more than 50 rolls of film, and in the end, no one has ever seen any of the other person’s photos. The image for the single on iTunes and the photos in Vanity Fair of Adele are all mine.” 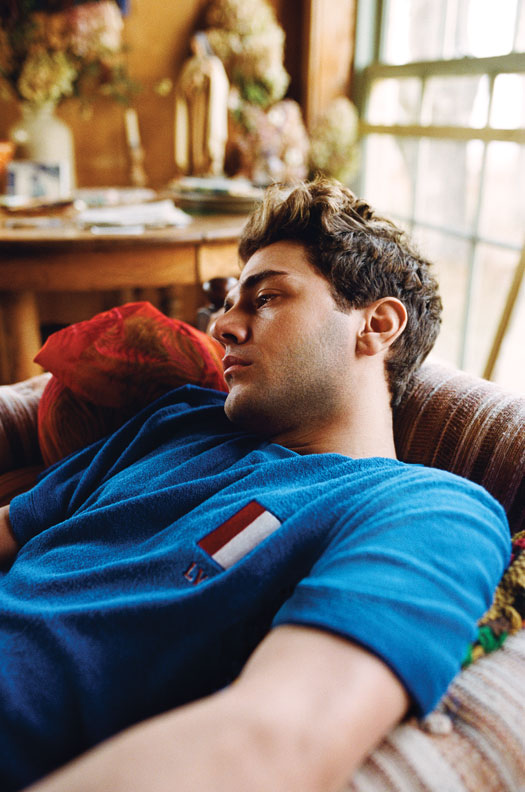 “Armand is 86, and a force of nature. We cherry-picked the best locations in his studio to do his portraits, and he was super-cooperative and open to do anything I asked him to do. I love shooting people who have vision and an amazing talent that I’m being asked to show.”

Laverdière also does some motion work, but only if the project is a perfect fit, such as one he did last fall. “It was all portraits of women at varying ages—that’s my forte. I love natural, beautiful images that are full of emotion, that draw you in.”

Laverdière works with the La Cavalarie production house and continues to be inspired by shooters such as Herb Ritts, German fashion photographer Peter Lindbergh, Norman Parkinson and Saul Leiter. And he’s determined to keep shooting on 35mm.

“I’m not a film snob. I think digital is better if we’re doing a look book or images that really demand post production-intensive platforms,” he says. “But for what I do—capturing the human soul and moments that are very natural and raw, I think film does it better. People have a heightened sense of seriousness and importance on a movie or photography set where the artist is using film because it’s not instant. It’s finite, rare and magical. And it’s physical as well—we’re actually burning light away from celluloid and letting certain colours shine through.”

Wendy Helfenbaum is a Montreal writer and TV producer (taketwoproductions.ca).

This article originally appeared in the May/June 2016 issue of Applied Arts.

For more of Shayne Laverdière's work, see below and check the top slider. 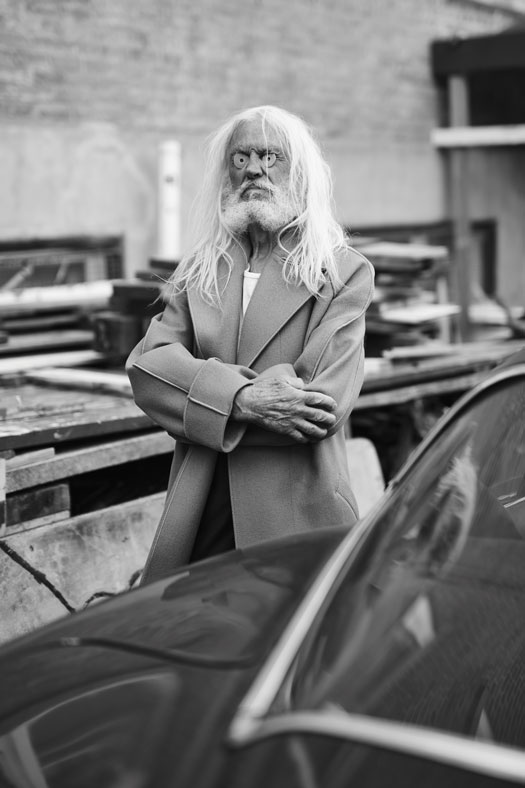 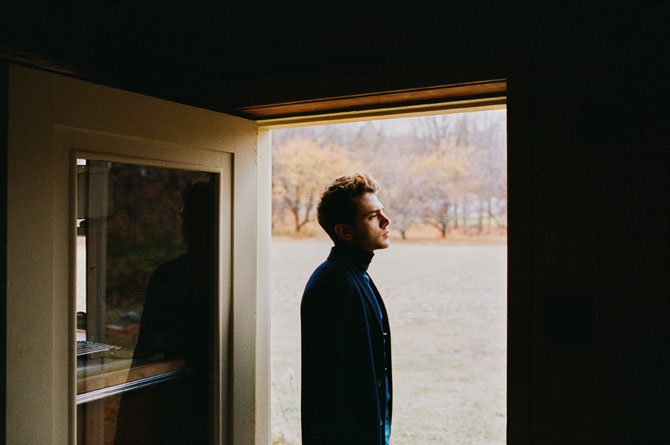 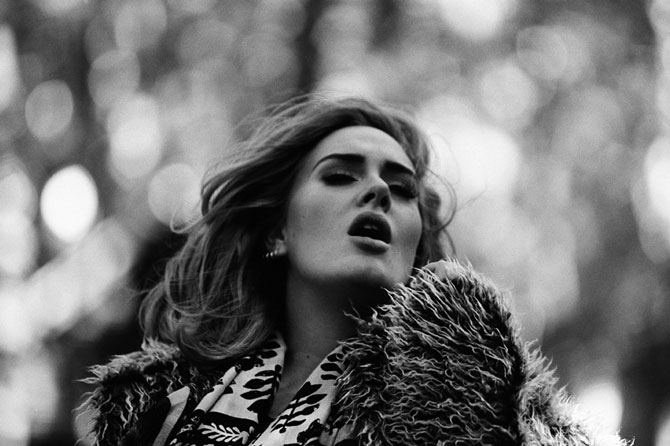