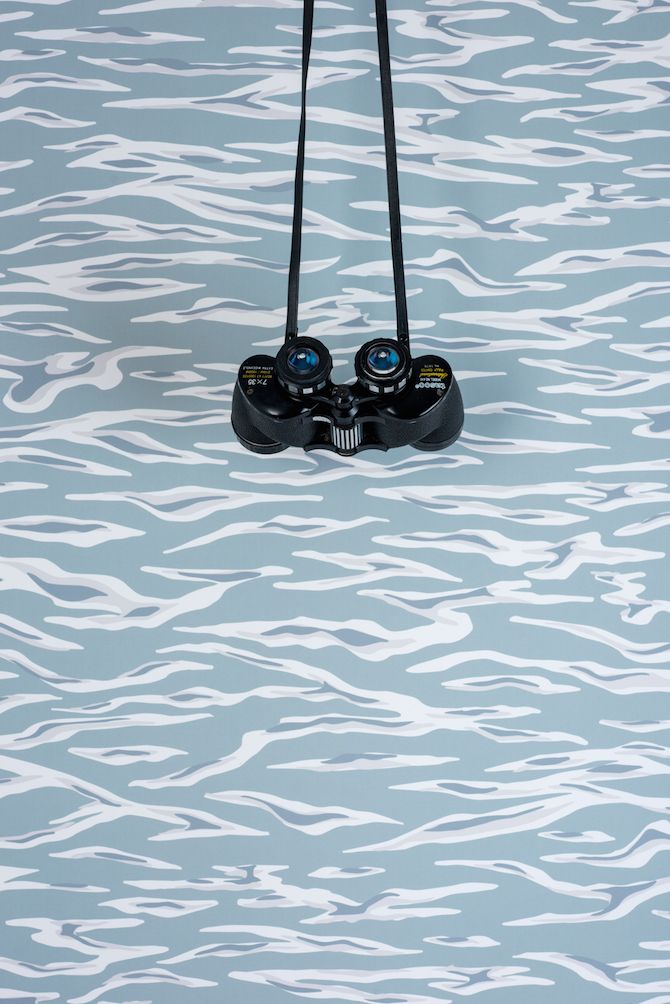 A fresh pattern design has been popping up in various Balzac’s cafés across Toronto. The wallpaper can be found at UP Express Union Station and gracing the walls at Powerhouse and Market Street locations. It’s even on the road, wrapped around the Balzac’s van.

It’s the artistry of Kate Golding.

“My collaboration with Balzac’s has been a dream project,” says Golding. “In this design, I wanted to capture the essence of Balzac’s coffee shops and create something light, bright and fun.”

Originally hailing from England, Golding grew up around country houses oversaturated with patterns and was inspired by her granny’s 1970’s toile de Jouy print curtains. Golding went on to study fine arts at Northumbria University in Newcastle upon Tyne. 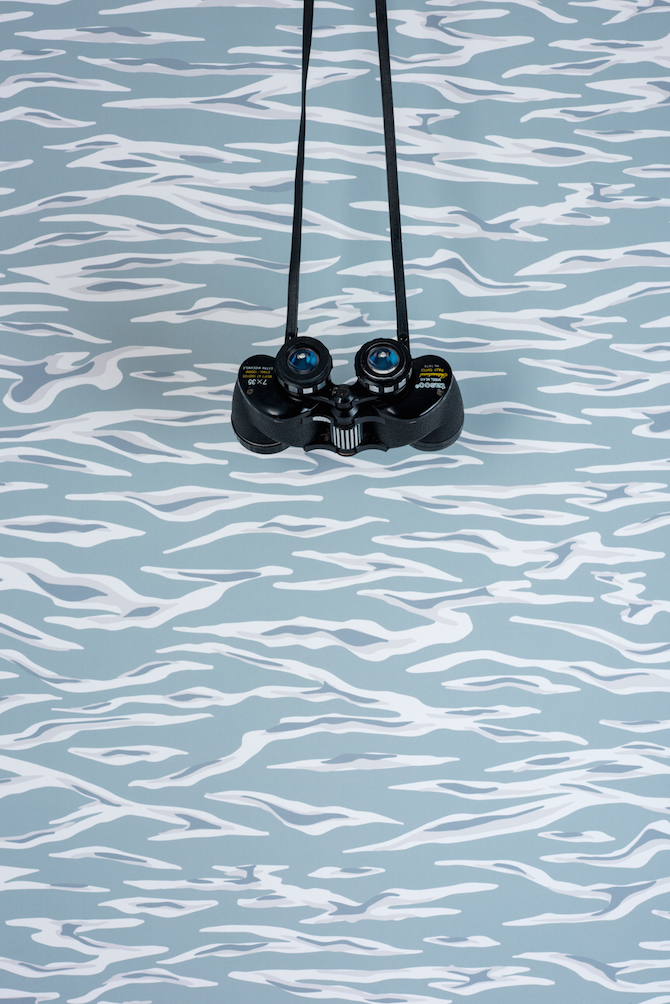 To pursue her dream of becoming a surface pattern designer, Golding changed the patterns of her life. She quit her career in advertising in 2012 and left Toronto for the sweeping vineyards and shifting sand dunes of Prince Edward County. She equates this change of course to running a marathon. It’s been a journey full of highs, lows and hurdles. 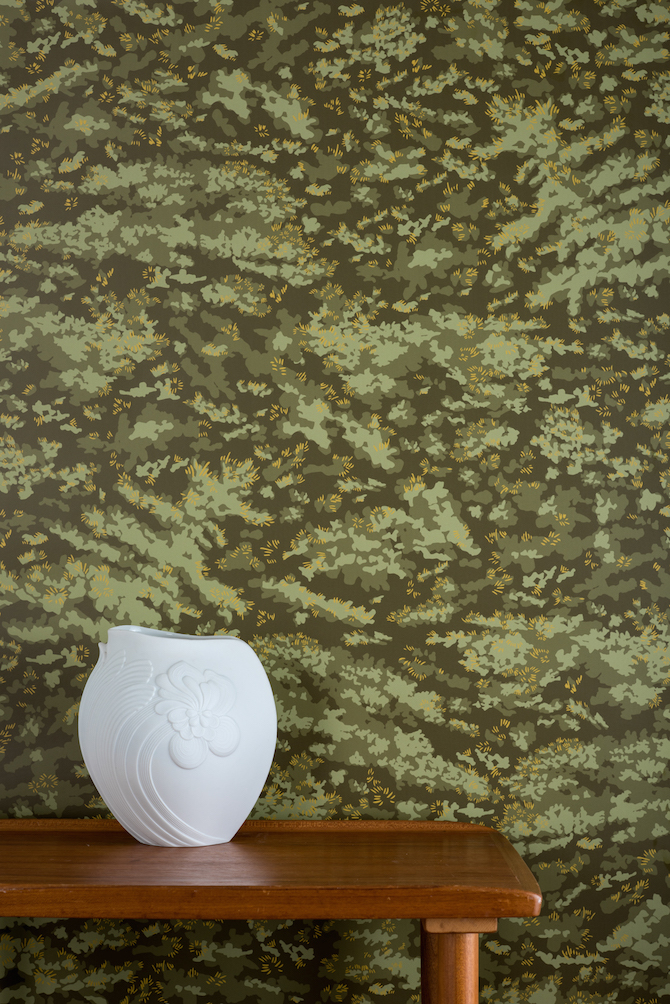 Golding’s first collection of patterns launched in 2015 and is dedicated to Prince Edward County. She captures its ever-so-fragrant lilacs, which are in abundance in the spring, and the turkey vultures often seen circling overhead. She even has a pattern featuring the inquisitive alpacas at SHED Chetwyn Farms. The patterns, which can be applied to various materials, appeared briefly on napkins and are now a line of wallpaper produced by Wall You Need Is Love (WYNIL), a family operated business out of Old Montreal.

“I would like to hope that my wallpaper designs can bring joy and lightness into a home,” says Golding. “I think that some of the more unexpected designs, such as Water Towers, Turkey Vultures and Garter Snakes, seem to be the ones people connect with the most.” 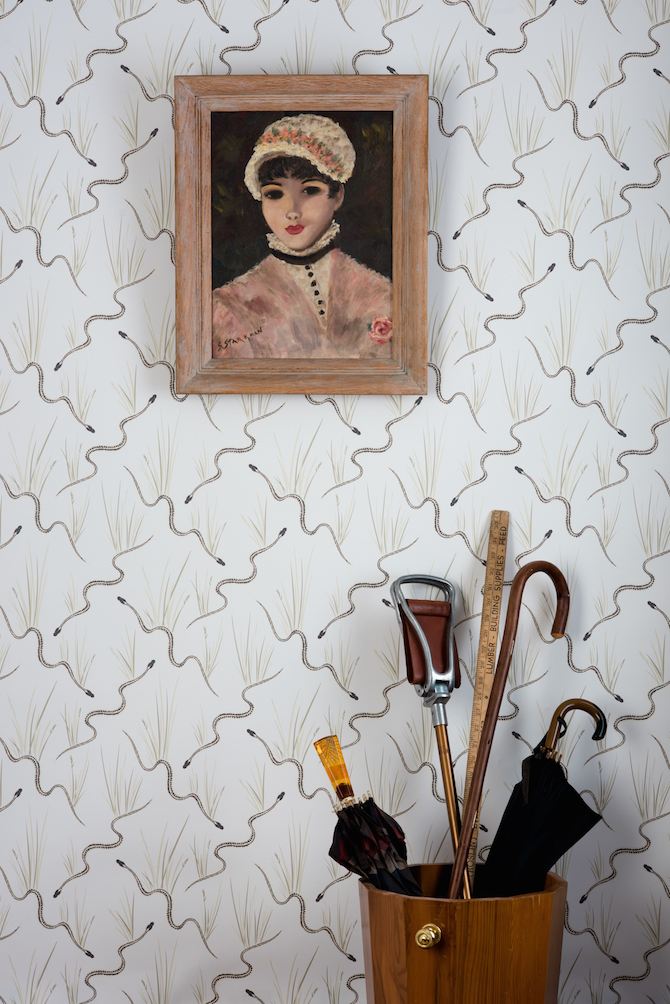 In 2017, Golding launched her Great Lakes collection with WYNIL. It’s rooted in her connection to Lake Ontario, which she can see from her home and creative studio. “It’s sheer proportion and immensity is both powerful and magical to me,” she says. “I feel captivated by the water and the creatures who make their home in and around it.”

A number of Golding’s designs are tethered to the intimacy she has with place. She fully immerses herself in her environment by taking notes, creating sketches and documenting her experiences through photographs. She relies on her senses – what she feels, hears and smells. 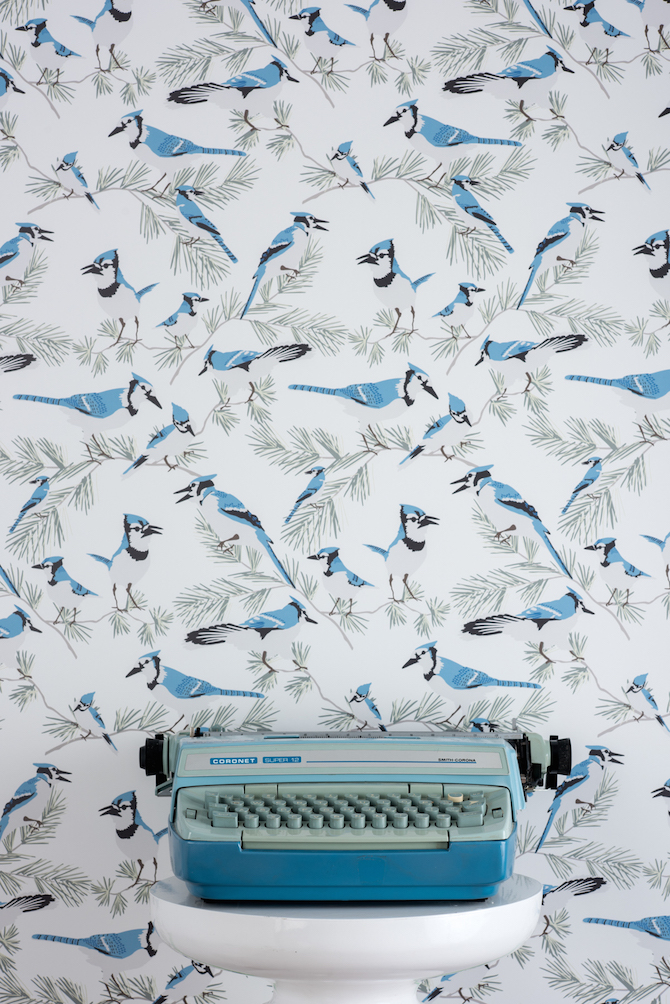 “A feeling can be something lingering and lasting or it can be the most fleeting moment of joy,” she says. “Some designs are born from spending a lot of time in a place, gathering and jotting ideas and others might stem from something so ephemeral.”

In the summer of 2017, Golding travelled to Fogo Island – a remote area off the northeast coast of Newfoundland. She spent a few days hiking its paths, spotting caribou and watching icebergs melt into the ocean. 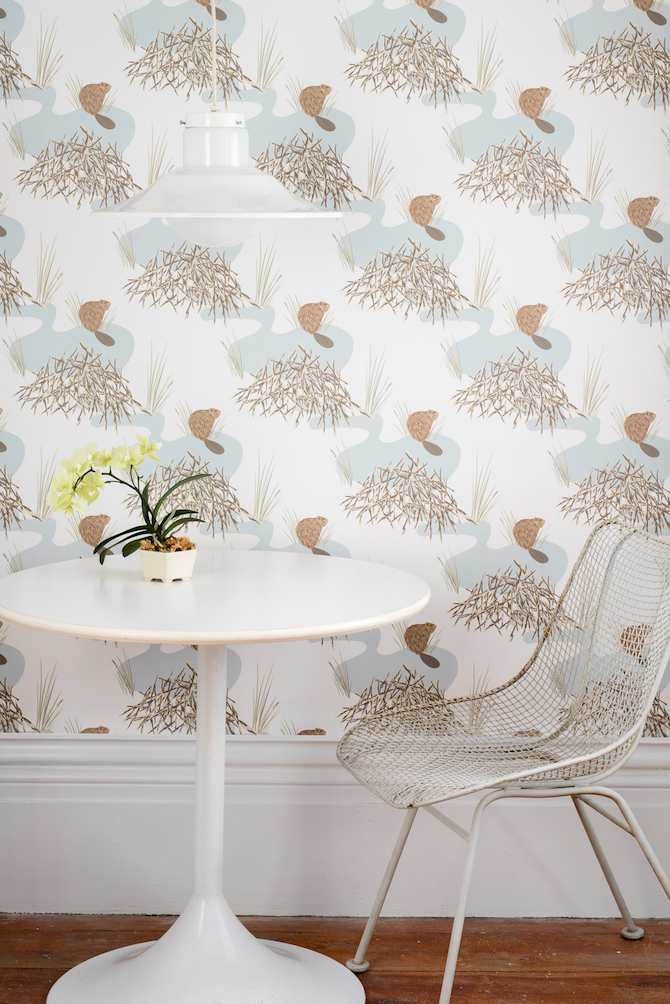 “Fogo Island is a very special and magical place,” she says. “It sounds crazy, but I think I might have seen fairy dust. It is absolutely otherworldly. The diversity of the landscape was dramatic with beautiful and uniquely coloured rocks and brightly coloured mosses and plants in the bogs. I felt truly excited and uplifted by the beauty." Golding absorbed her surroundings, as she does, and took note for her next Newfoundland-inspired collection, set to be released this year.

Ashliegh Gehl is a marketing professional and instructor in the education sector.