According to the U.S. State Department, more than 600,000 people are trafficked across international borders each year. Toronto Crime Stoppers are determined to lower these numbers and as a result, DDB Canada Toronto has created the “Speak Out For Those Who Can’t” pro bono campaign. Novus Media Canada and Astral Media have both donated media space for the campaign. 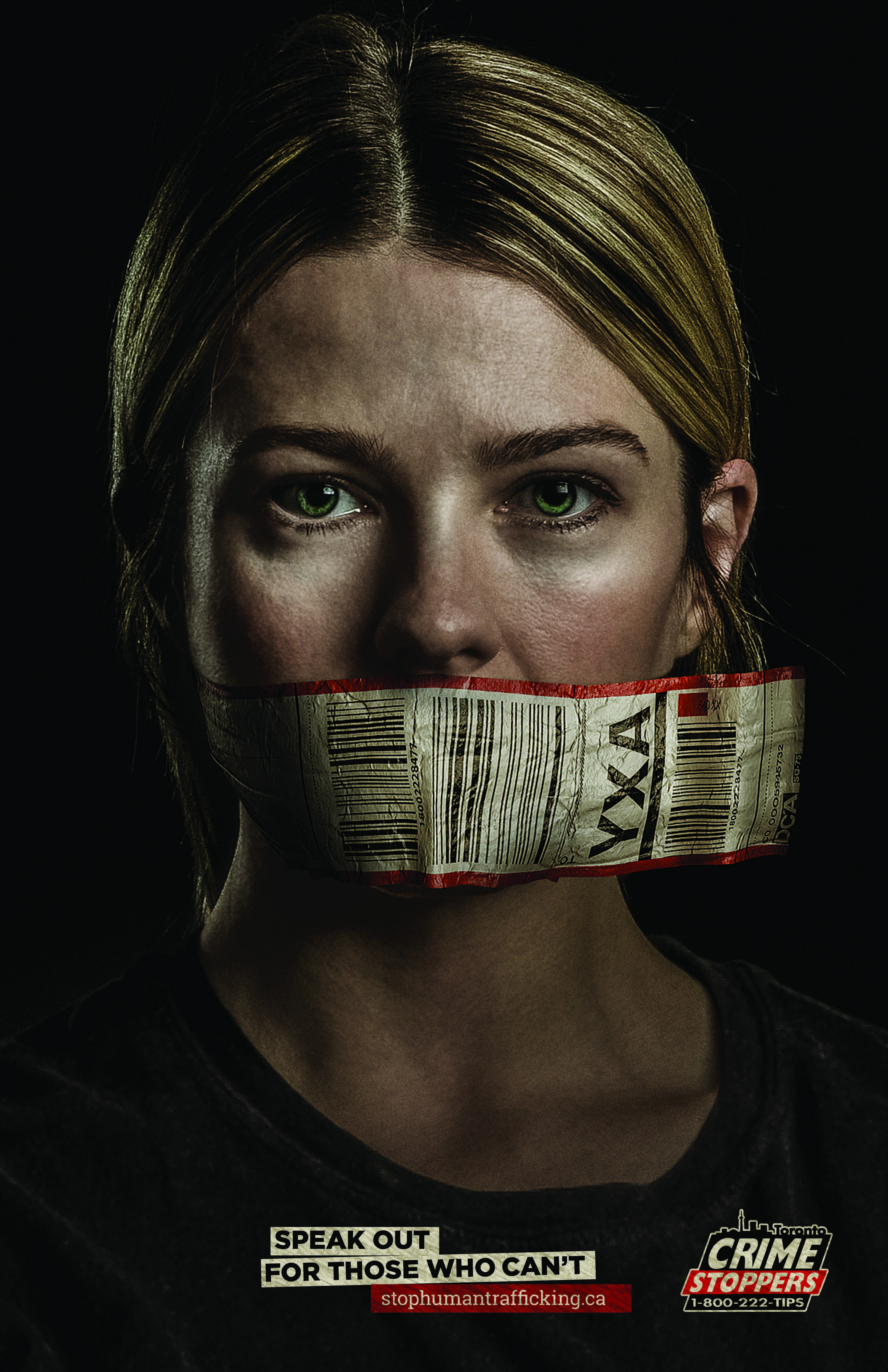 The campaign is a series of portraits showing women being gagged by airline baggage tickets, showcasing the harsh reality of how victims are voiceless. “We decided to draw attention to where the girls can be spotted and prompt the public to do what they cannot—speak out,” says Craig Ferguson, creative director of DDB Canada Toronto in a release.

The campaign is aimed towards those who have the greatest potential to notice and help victims—travellers and airport staff. Because of this, the ads run in and around airports. The call to action leads the public to StopHumanTraffic.com, so they can learn about signs of human trafficking.

“Creating awareness in the community on the growing issue of human trafficking lets the offender know the community is taking action,” says Sean Sportun, vice-chair of Toronto Crime Stoppers. This is the second year that Toronto Crime Stoppers has committed its resources to educating the public on human trafficking. Last year, the campaign resulted in a 27 per cent rise in tips, including one that ended in the rescuing of an underage victim. 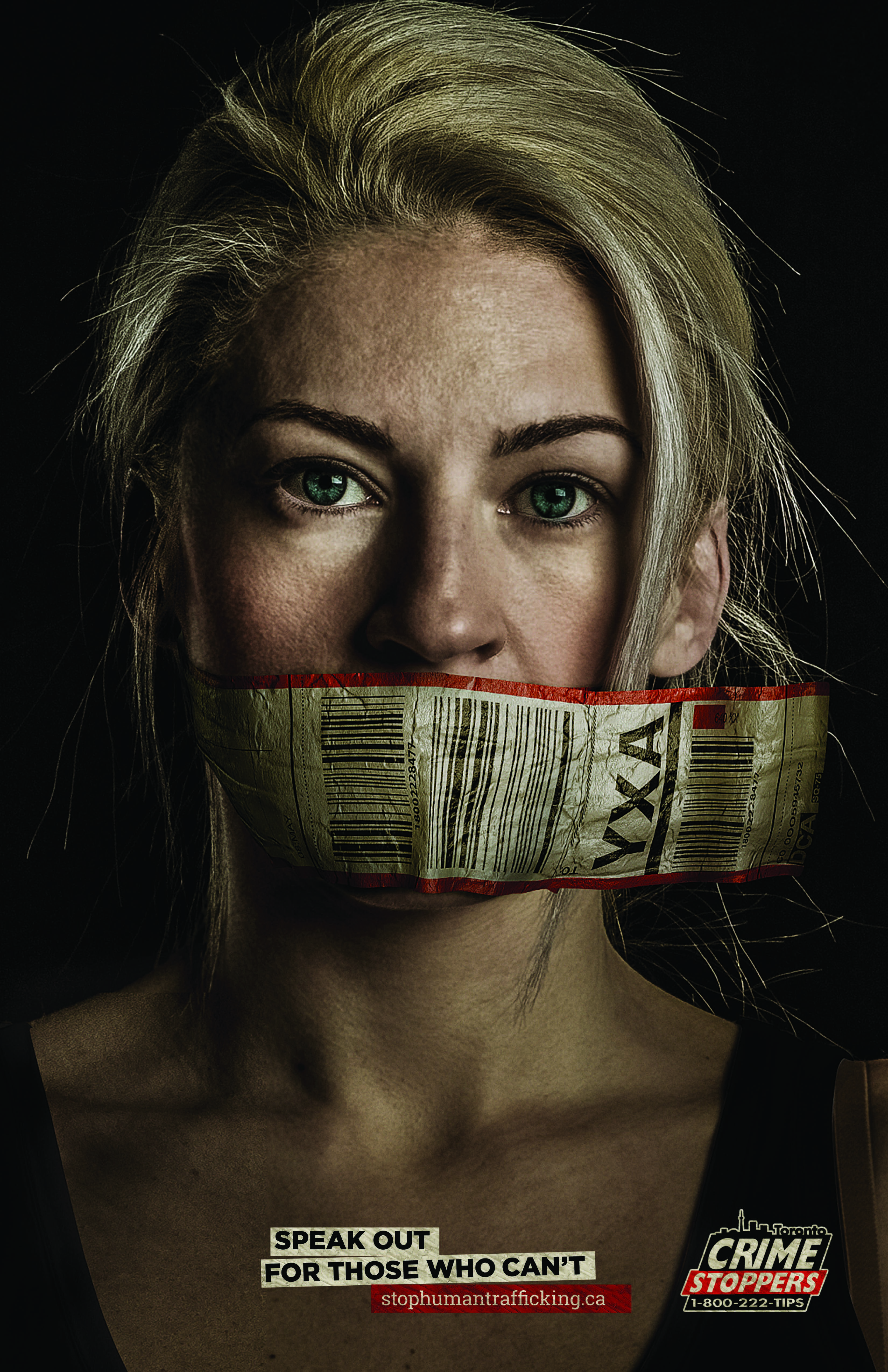