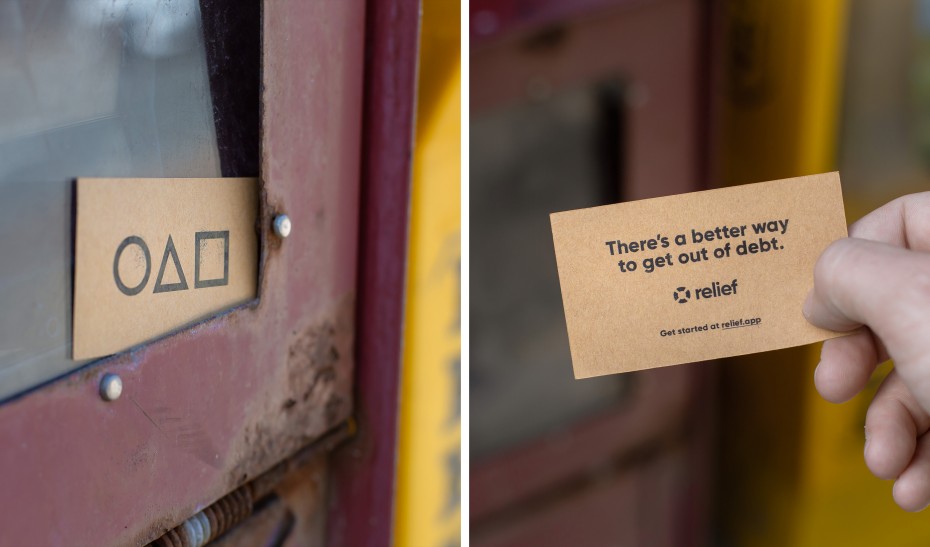 Move over Friends, Squid Game is set to become the most streamed Netflix show ever. The blood-soaked show is on everyone's lips and social feeds, and features 456 players who are deeply in debt playing games with grave consequences for a chance to win a huge sum of money. The penniless players are clandestinely invited to the game via a cryptic card with three shapes and a phone number on the back.

The debt solution app Relief and the Halifax-based agency Wunder have taken the squid by the tentacles and recreated the iconic Squid Game card placing 10,000 of them around New York and Miami. Thankfully the cards don’t invite you to a twisted game that preys on your penurious position, but rather shows that there is a better way to get out of debt by utilizing the Relief app, which uses AI and collective bargaining to reduce balance and help its users become debt-free faster. 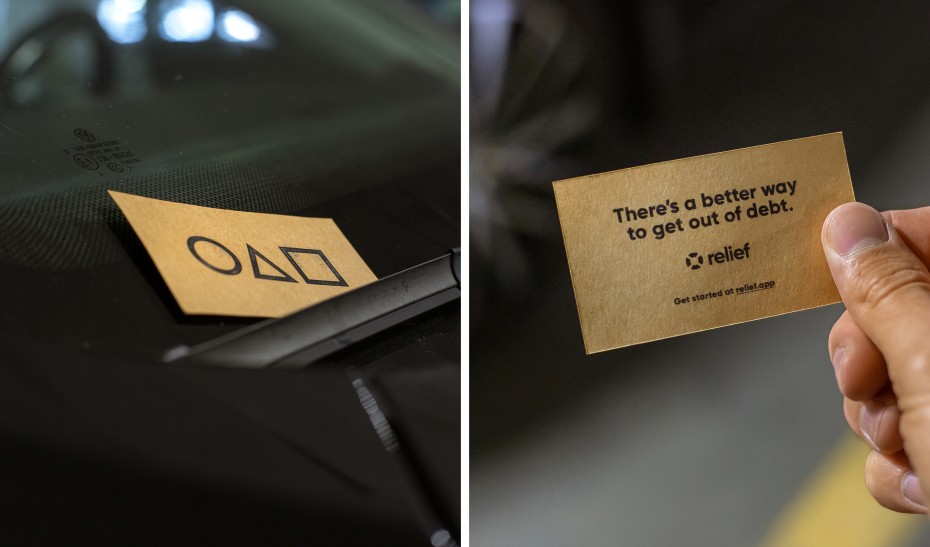 Credit card debt is a huge issue in the United States with a record high of $930 billion. Younger Americans are particularly hard hit with a lack of living-wage opportunities and the highest delinquency rate. It is no wonder the desperation on display in Squid Game has resonated so strongly.

While finding the cards won’t put you in a position to put your life on the line, they do offer a lifeline to those overcome with debt.