DesignThinkers on the State of Canadian Design 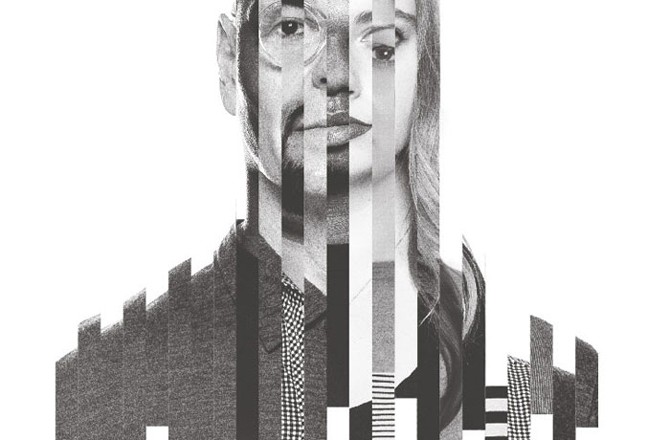 We're at the RGD's DesignThinkers Conference in Toronto today and tomorrow, November 13.

Back in May, Claire Dawson, a designer and partner at Underline Studio in Toronto, wrote an article for Applied Arts titled "Reclaiming Canadian Design." Today, Dawson expanded on the themes she presented in her column as she sat as moderator of a DesignThinkers panel titled "The Current State of Canadian Graphic Design."

She was joined on the panel by Canadian designers Diti Katona of Concrete Design, Claude Auchu of lg2boutique, Lisa Greenberg of Leo Burnett Toronto, and Stéphane Monnet of Monnet Design.

Perhaps the theme of the discussion was best summed up by Katona, mid-discussion: "We're a young fucking country, so why does everything look like shit?"

Of course, her hyperbolic statement was said for effect, but there is truth in there. Of course there is a lot of fantastic work in the Canadian design landscape. But there's also a lot of crap. And one could argue there may be more of the latter, considering Canada's often dismal finish in international design shows.

So why the poor showing? Turns out, there are a variety of reasons, and the panel agreed on most of them.

Katona, a partner and CCO of Concrete, indicated she's not surprised by the assertion that graphic design doesn't have a strong identity in Canada. It goes back to the oft-quoted fact that Canadian identity is something intangible and not fully formed. "Canadians, we don't really have an identity in anything," she says by way of explanation. The state of graphic design is no different than our ongoing national identity crisis.

Monnet asserts that possibly the infamous "Canadian" personality (shy and nice) might be a detriment to designers and how they interact with clients. "We do great work but maybe we're too shy to show it," he says. "And we may also be too shy in the [execution of the] work. We're not pushing hard enough for really great work with our clients."

For Katona, geography plays a role. "Living beside the United States is difficult for a small country like ours. It affects how you approach work and how you sell work," she says. "We live in a place run by developers. They don't care what [the design] looks like — it just has to make money."

Then there's the disappearing talent. Canadian designers are fleeing for borders south, east and west in search of stable, fulfilling work, at a seemingly alarming rate. "We're losing talent in Canada because there just aren't many places here to do great work," opines Monnet.

Greenberg, Leo Burnett Toronto's SVP creative director, offers a solution, saying the design community needs to band together to start a movement and change attitudes. "We have to decide, what is that thing we make as Canadians? Then we have to put it out there into the world. We have to change the culture. And we have to change the government."

Lack of goverment support for Canadian design, as compared to other countries, was a recurring theme of the panel discussion. All the panelists pointed to Europe, particularly the Netherlands and England, and Australia as places where design is given time to gow and prosper, and that the financial support of design studios and initiatives in those countries is what underscores that government's understanding of design as a valuable commodity. And the lack of government funding means education isn't supported in the same way it might be in other countries. Greenberg indicated that most of the portfolios she sees from students are sorely lacking. "The quality of thinking and the quality of work isn't there," she says.

"There is a lack of [understanding] the value of design in Canada," agrees Auchu. He explained that over 60 per cent of the work lg2boutique produces comes from retail clients, and putting that work into market only increases the exposure of good design to the public. "That's how we can influence people," he says.

One of the ways designers can get clients to appreciate design, says Katona, is to foster opportunities for creative people to be on the client side, in "decision-making positions," as she calls them.

But the state of Canadian graphic design is not all doom and gloom. In fact, we're poised for some pretty positive change, according to Auchu. He sums up by saying that while there may be some legwork involved, it's all part of the revolution Greenberg envisions: "The fact that we are a young country means we will get better and better," he says. "Graphic design is becoming more clear and more solid in people's minds. We have to stick to showing the before and after, to showing [clients] the results. We need to pull in the consumers and show them the heart."