Is there anything more energizing than the fuzzy front end of a creative project?

It’s that part of the process when no matter how tight the brief, anything seems possible. There isn’t an art director or designer alive who doesn’t experience this moment. But, precisely because anything is possible, it can also be a moment of great anxiety. The visions of Cannes Lions dancing in your head can quickly evaporate as you realize that the blank canvas you’re staring at is the inside of your brain.

What you need is inspiration - where do you find it?

It sometimes helps to go where inspiration is already organized in ways and places you may not have discovered on your own. One of those places is Pinterest. Pinterest is known as a place where people collect inspiration and ideas for personal use, like home decorating, cooking, physical well-being, or just as a place of positivity. But it’s also gaining ground as a professional working tool by creatives. 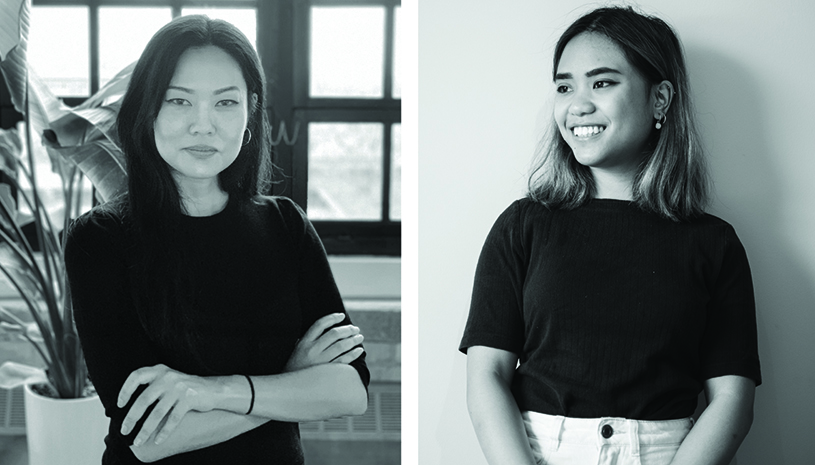 We spoke to celebrated Canadian creative director Nellie Kim, Partner and ECD at the lg2 agency, and young up-and-coming creative Louise Delfin, who is in her final year of the advertising program at OCAD University in Toronto. We asked them to look at each other’s Pinterest boards and exchange their thoughts on both what they were inspired by in each other’s Pins and how they used the platform in their work.

“Before Pinterest, I used to pin everything up on a corkboard”, Nellie explains. “One day I said to my creative partner that what the internet needs is a digital corkboard where you can pin your images and click on them and be linked to other related images.” She was obviously ready for Pinterest. She continues, “I think it’s a great tool for art directors to organize their references. But I also think it’s a great way to share ideas. I have a ton of ‘secret boards’ which we use to save our images as a group when we’re working on a campaign. We save our references and then collaborate to edit them down to three different directions which we then share with the client. For instance we recently did this for Under Armour.”

Explaining why she and her team used Pinterest to find inspiration instead of another search engine, Nellie continues: “We wanted to avoid the slick, heavily stylized approach you usually find in sports photos. The vibe we wanted to create was something more real and accessible, showing the athletes sweating it out on their daily training routines. We wanted to find photography that was more natural, realistic, almost documentary in a way, vs. being overly styled. At the same time we were actually looking for photographers, so we sourced them on Pinterest and then went to look at their portfolios.”

She goes on to say that before Pinterest she and her team would send each other loose jpegs found on the internet or images scanned from magazine pages, never knowing where the image came from. “You were never able to go deeper on the references. Pinterest allows you not only to get more information on the source, but it then takes you on a journey into related boards and Pins”, she explains.

Louise’s personal boards, like Nellie’s ‘secret’ boards, are organized around specific projects. Nellie noticed this right away. “Louise’s stuff is project by project. For instance she has one for Lacoste. It has all these childish illustrations in it and I could see where she was trying to go – I could see how her thoughts unfolded as she worked through the boards.” Confirms Louise, “It’s a Lacoste storybook about a crocodile teaching kids what diversity means. It’s about accepting people no matter what they look like.”

Nellie also learned a few things from Louise’s boards: “I am surprised by her way of looking at things. She has a lot of stuff I would never save, which is exciting. I ask myself if what I am seeing in her boards is a sign of what’s to come in visual style. I wouldn’t normally consider searching a junior AD’s boards because my role is to teach them, not the other way around. But I am going to start following Louise just because her choices are so fresh.”

Louise has recently used Pinterest to do brand work. When she and her classmate designer Alvin Zheng teamed up with human nutrition student Toby Zhou to launch a bubble tea company, they branded it ‘Retea’ because a major part of the appeal was to provide not only packaged tea leaves but reusable cups in the form of mason jars with a hole in the top for the extra-wide straws used for bubble tea. “We used Pinterest to collect inspiration for photography, which was then promoted on social channels. We relied very heavily on the styling and composition we saw in those photos.” 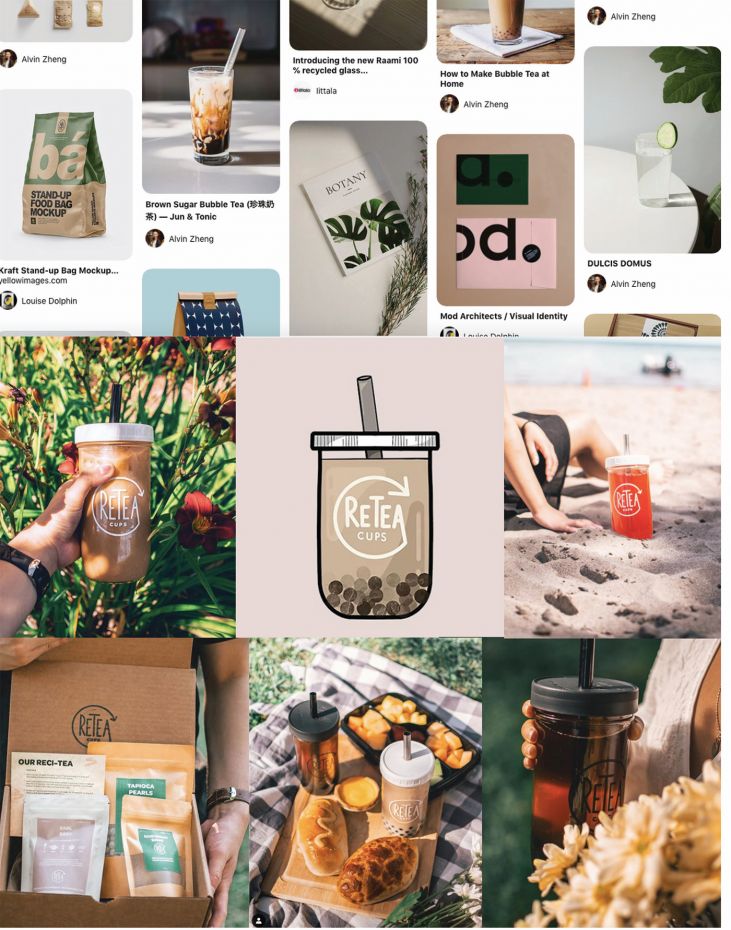 When Louise looked at Nellie’s personal boards, she saw how differently her mind worked. “They were all about inspiration from everywhere but the world of advertising. I especially liked her colour boards and her type boards. They showed that you can get inspiration from anywhere. She doesn’t have Pins of colour swatches or type specimens, but images of how colour and type have been applied in fashion, design, photography and retail.”

Nellie Kim’s Colour board (top) and Type board (bottom)

Nellie has noticed something that is kind of unique to Pinterest, something that doesn’t happen as readily on other platforms. “Sometimes when I just go on Pinterest, on my main feed, I can see the trends that are beginning to emerge. I once said to my creative partner, in a few months, you watch, everything is going to be black and gold. And sure enough, a few months later, everybody was using black and gold. Pinterest is where I could see it coming.” In this context, Pinterest is not only a creative tool but a brand planning tool. Strategic planners take note.

Aside from using it as a place to collect inspirations, collaborate on projects, or as a trend hunting tool, what about using it as a place for ads? Pinterest provides tips and tricks for creatives, platform-related consumer data for planners and an email newsletter for both. While both Nellie and Louise agreed these were informative, they thought that in addition, art directors could use Pinterest in ways that more effectively leverage what makes it different from other platforms. Louise explains: “Pinterest has a specific algorithm for inspiration that is different than other search algorithms. It generates a more curated selection.” Nellie adds. “I see it as a platform that allows me to take a trip through many related images. Why wouldn’t a brand create a campaign experience that leverages that for the consumer?” Louise concurs: “I look at Pinterest as a medium, and there are different ways to play with it.”

“Let’s not forget,” Nellie reminds us, “that unlike other search engines, Pinterest is all about visual appeal. People choose Pins based on how they look. Random searches do not prioritize the visual in the same way Pinterest does, which adds to its uniqueness and makes it especially attractive to image-makers.”

Though image research has always been part of the creative process, Pinterest has supercharged it. Before Pinterest, the process was slow, the sources disparate and not easily tracked, and sharing was very difficult without physically standing in the same room and looking at the imagery together. As Nellie Kim and Louise Delfin have amply demonstrated, Pinterest has made the process far easier, from its unique search algorithm to its facilitation of remote collaboration. For Nellie’s team, it has become an important platform for co-creation. For Louise, it has not only provided a bottomless well of inspiration but demonstrates her resourcefulness and creative curiosity to prospective employers. For both, Pinterest is proving to be an indispensable tool for creative exchange as we shift to a virtual ‘new normal’.