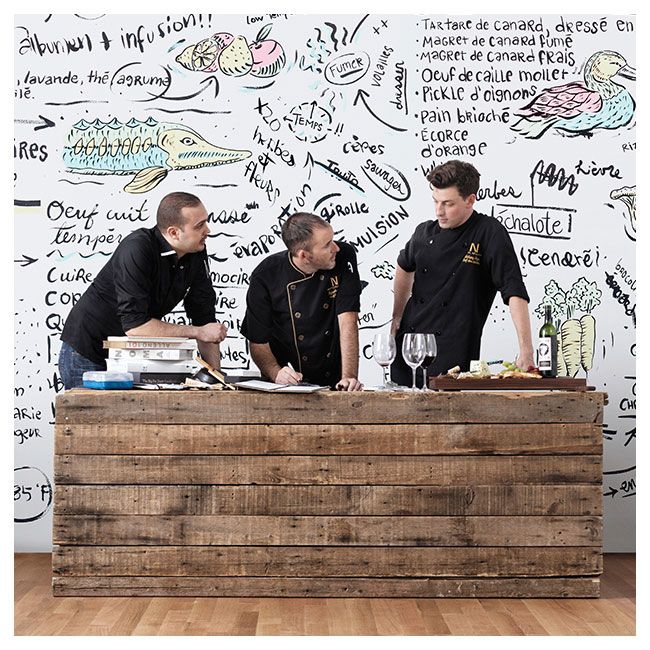 In the Montreal market where competition between restaurants is high, one stalwart establishment known among foodies for its gastronomic delights needed a way to communicate its creativity to new patrons.

Ad and branding agency Carl took on the task for Verses Restaurant with a small but effective campaign that will run in print and on the web for the rest of the year.

“What we are trying to accomplish with this campaign is to communicate the DNA of Verses,” writes Johann Smith, VP creative at Carl in an email to Applied Arts.

“We visited the kitchen, tasted the food, met the staff and the chefs and found out that they all had a real passion about the ingredients, their quality and how to create infinite possibilities by assembling them,” explains Smith. “Back at the agency, while we were doodling different concepts on our giant brainstorming sheet, it ended up looking pretty much like the illustrations in the ad!” 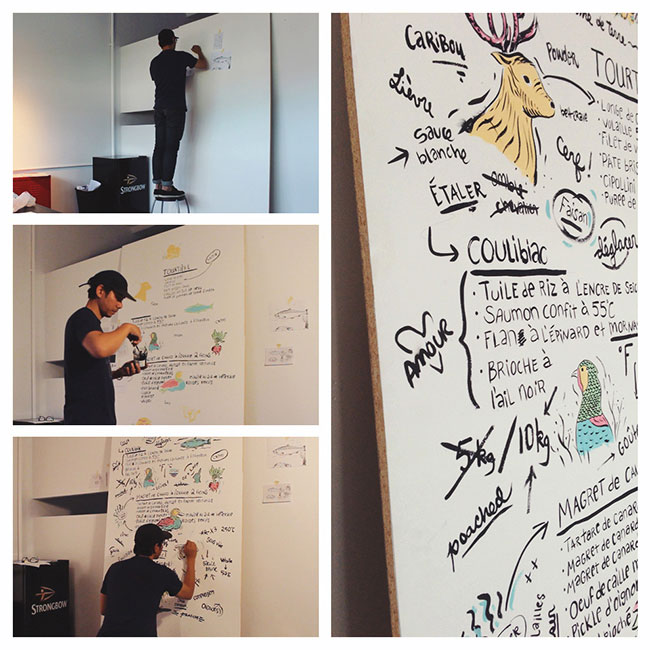 Smith likens the creative process of making an ad to the process chefs go through to craft a menu. “We wanted to express how one dish, or a seasonal menu, could mean a lot of work way before the chefs are in front of their pots and pans,” he says. The team at Carl talked to the chefs to obtain real recipes for the illustrations.

“A reference for us was that huge chalkboard full of equations from the movie A Beautiful Mind,” he says.

Carl commissioned Taïla Khampo, an illustrator experienced in flora and fauna, to create the drawings in a vintage-cookbook style on a panel, which they then blew up in post-production to fill the whole wall behind the chefs.

The ads are accompanied by the tagline “Chefs en la matière” to indicate that creativity and thought are what’s behind the plate. 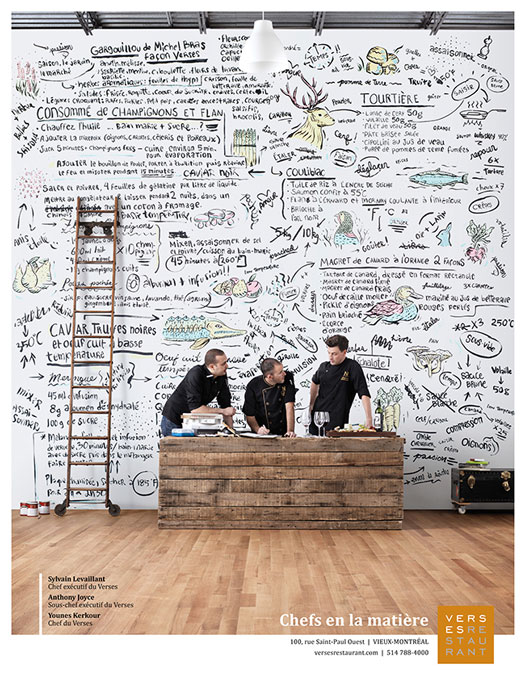