Will Novosedlik on the Future Prospects of Programmatic

Back in 1999, I wrote an article in Adbusters Magazine, at the end of which I described myself as someone who “builds brands by day and tears them apart by night.” It was a satirical nod to the cognitive dissonance of being both a practitioner and critic of the same craft, a condition amplified by publishing in a magazine whose brand is built on a relentless and radical critique of advertising and design.

Lately I’ve been thinking about the relationship between programmatic advertising and its potential for advancing the ambitions of surveillance capitalism. Currently the business of advertising media is scrambling to keep up with the rapidly evolving capability of algorithms to find, observe and collect data on every move we make as both people and consumers, and then to teach artificially intelligent software what to do with it.

In the 2017 documentary film You’re Soaking in it, an executive at programmatic media outfit Varick Media speculated that “In the future, we will probably not have traditional advertising. You won’t need to be exposed to marketing anymore because you will start trusting computer recommendations.”

It doesn’t take a rocket scientist to understand what that means: a world that will make the pre-cognitive marketing scenario imagined in Philip K. Dick’s Minority Report look as quaint as your kid’s lemonade stand. 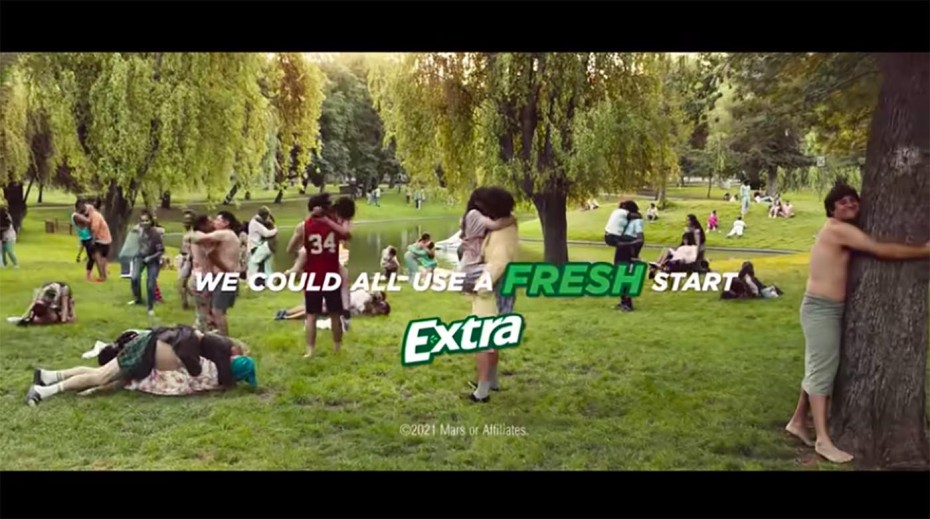 And what of traditional advertising’s raison d’être, which is to use creativity to sell stuff? Let’s take a video that is currently attracting the widespread praise of the creative community. It’s for Wrigley’s Extra brand of chewing gum. The spot effectively leverages the pandemic fatigue we’re all feeling after 15 months of on and off isolation and imagines what life will be like once the virus has been contained and we can all go outside and hug and kiss each other again. The final scene is a burst of joyful hyperbole, with dozens of people acting out their elation on what is literally a field of dreams.

Wrigley is no stranger to using hyperbole to sell its products. In another article, written for MISC Magazine in 2015, I referred to the brand ‘5’ by Wrigley, which “is known for its run of commercials in which people are transported, teleported, and magically transformed by increasingly intense and elaborate hallucinatory experiences, which we are meant to associate with the act of popping a stick of gum into our unsuspecting mouths.” 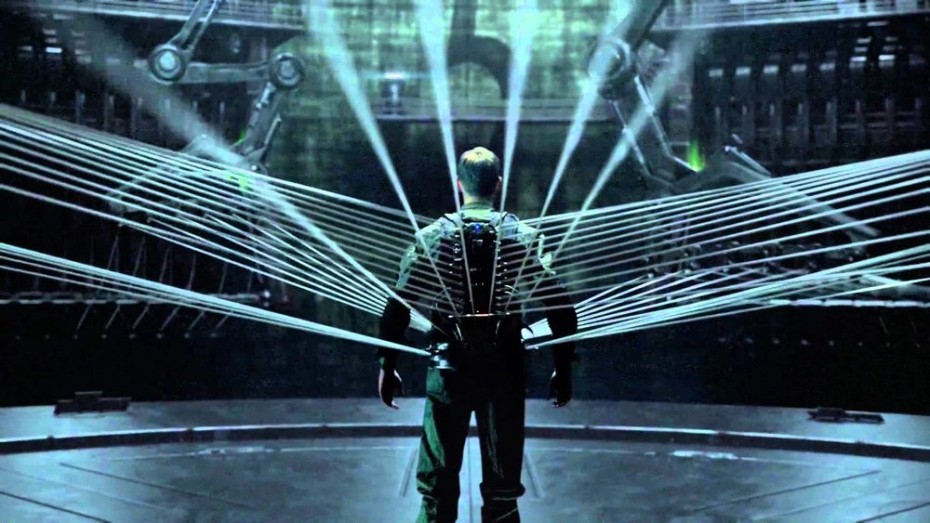 The insight that emerged from this observation was that the more prosaic the product, the more extreme the hyperbole required to sell it. Call it the law of diminishing returns on creative. I invoked that theory in a recent LinkedIn thread which was filled with comments of effusive praise for Extra’s brilliant grasp of the pandemic zeitgeist. One of those comments held the spot up as an example of how “emotionally-driven creativity developed by people who understand how to get to the heart of consumers will begin to supplant the boring data-driven crap that checks boxes and is passed off as advertising.” The comment ended with the rhetorical question, “One can dream, no?”

One can feel both hope and desperation in that dream, but it is likely no more than a quixotic tilt at the algorithmic windmills of surveillance marketing. Big data is here to stay. Which brings to mind another important observation, this one made by art and culture critic John Berger in his seminal work, Ways of Seeing: “the future promised by advertising is endlessly deferred. This is because its truthfulness is judged not by the real fulfillment of its promises, but by the relevance of its fantasies to those of the consumer.”

How could an algorithm possibly discern and understand the nature of a consumer’s fantasies? Here’s how, according to that Varick exec mentioned above: “If emotions are just symptoms of the software running in our heads, it can be quantified.” Yikes. Not even Orwell could have dreamt that one up.

The algorithmic apocalypse is upon us. If the creative community’s only response is to crank up the hyperbole, the battle between math and myth is already over. Welcome to adverdystopia.