Happiness is a Warm Gun 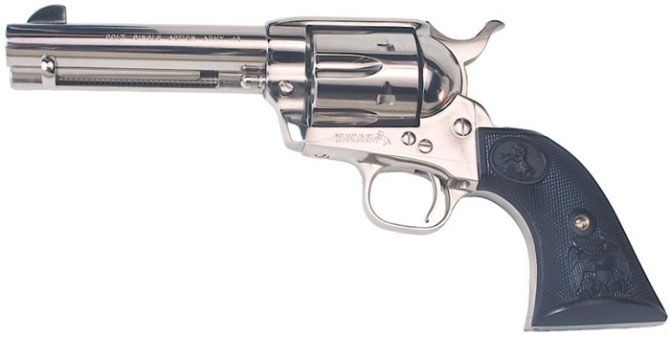 How the U.S. gun industry uses tired tropes to brand itself 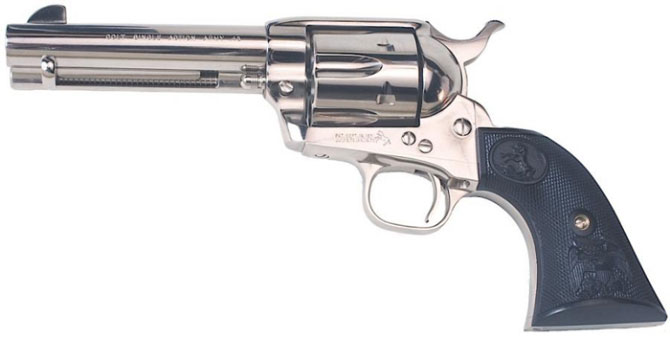 There is an old frontier saying in America: “God created men. But Colt made them equal.” And if that sounds like a tagline, that’s because with the possible exception of P.T. Barnum, Samuel Colt was probably the most gifted brand marketer of the 19th century.

America is home to five per cent of the world’s population, 48 per cent of the 650 million civilian-owned firearms worldwide and 31 per cent of global mass shooters. How did this happen? Part of it can be chalked up to effective marketing, starting with Sam Colt.

His secret weapon? The myth of the American frontier. He went to great lengths to inflate his customers’ romanticized image of the Wild West. Even now, over a hundred years later, the copy uses language saturated with frontier tropes like “winning the West,” and invokes the role that movies have played in keeping us connected to frontier mythology.

You can see the old “cowboy-and-Indian” myth being stoked by other gun brands, as in the Savage Arms ad below. In case the brand name isn’t racist enough for you, it is accompanied by a picture of a native warrior chief next to a headline that reads, “One Shot One Kill”. They might as well brand the product The Indian Killer. 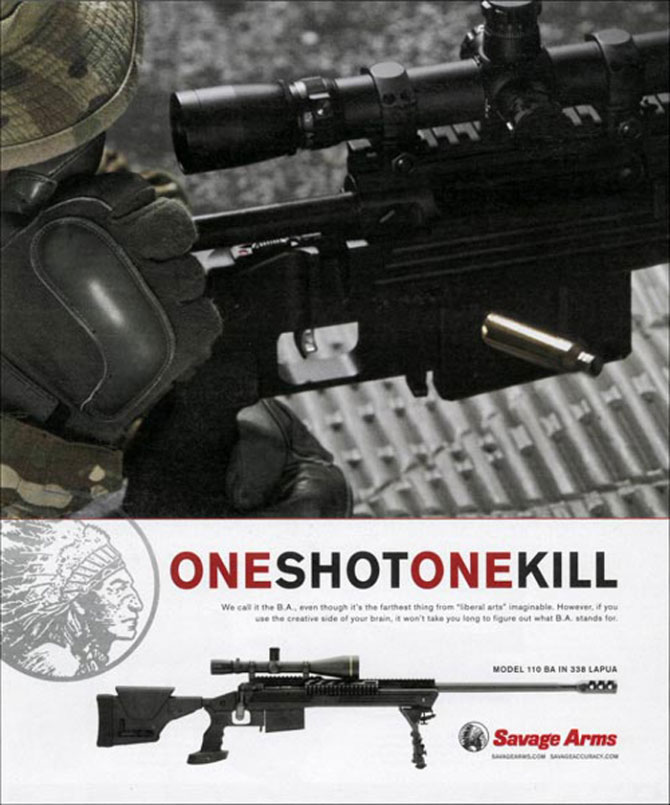 In lockstep with the frontier myth is the appeal to manhood. Bushmaster, the brand made famous by the Newtown school shooting, employs the trope of emasculation to make consumers feel like gun control is for wimps and that you’re just a mamby-pamby if you don’t own an AR-15. 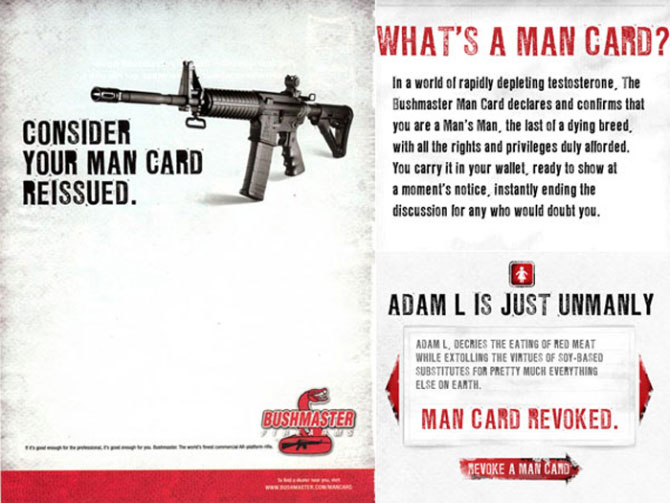 The copy is an indulgence in misogynistic paranoia, conjuring a world plagued by a shortage of testosterone and the shrinkage of manhood, with all its “rights and privileges.” Given the evidence revealed by #metoo and #timesup, it’s safe to say that if anything, the world is awash in testosterone.

Now that gun ownership has been conflated with the sanctity of the American constitution, the Second Amendment has been elevated to the status of a biblical edict, as sacred and untouchable as the Ten Commandments. You are not free unless you have the right to carry a firearm. To support gun control is seen as an attack on the constitution—and on freedom. Though the Second Amendment was only recently reinterpreted to mean that individuals (not militias, as originally written) have the right to bear arms, the Savage Arms ad below makes it sound like the founding fathers knew all along how much 21st-century Americans were going to need their own guns.

And then there’s God. No corner of American politics is immune to the Christian far right, and since gun ownership has been designated a sacred right by the constitution, it is less uncommon to see scenes like the one below, where firearms have become an accessory in ceremonial worship. 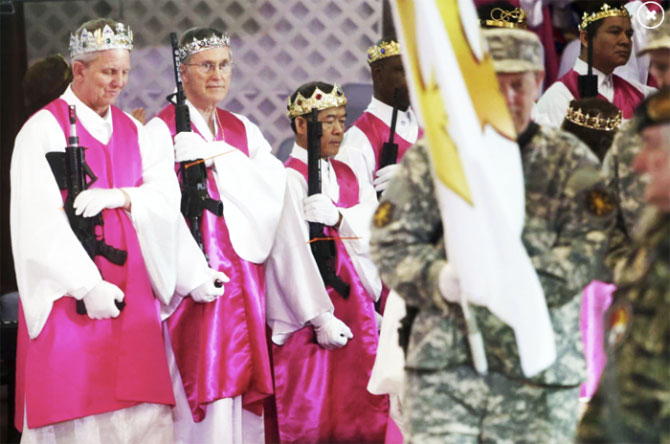 There’s even a former army general, a retired Lt. Gen. William “Jerry” Boykin, who insists that “Jesus is coming back as a warrior, carrying a sword…And I believe now, I’ve checked this out—I believe that sword he’ll be carrying when he comes back is an AR-15.”

Advertising, according to late art critic John Berger, is judged not by the real fulfillment of its promises, but by the relevance of its fantasies to those of the consumer. In the context of gun marketing, truer words were never spoken. Praise the lord and pass the ammunition!