In this time of tight deadlines and even tighter budgets, making ads is hard. And it’s getting harder by the minute. So I’d like to propose something that may seem a little old fashioned. Quaint, even. It’s called… the headline. 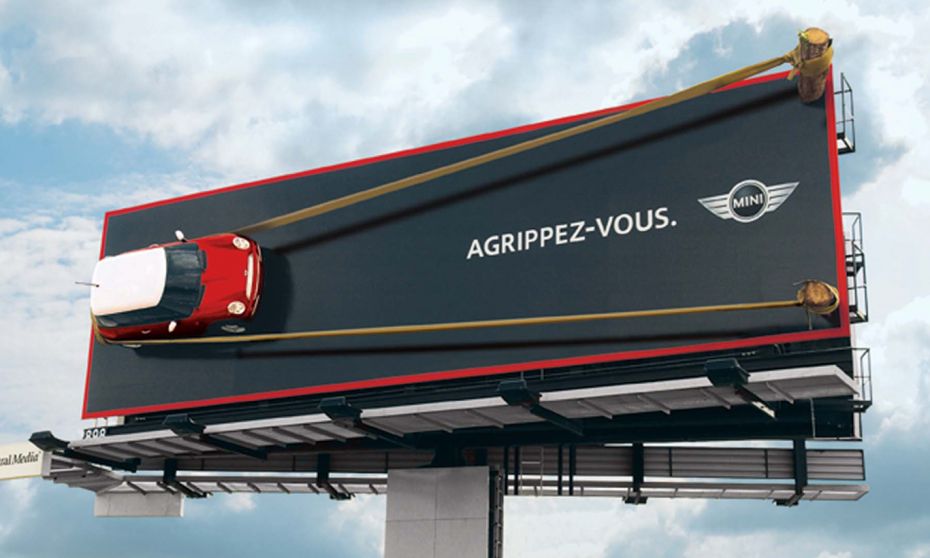 Jane Murray is a freelance creative director based in Toronto

Some misguided, non-word-loving souls might try to convince you that headline-driven ideas are a thing of the past, but that doesn’t mean they are any less effective. A simple thought turned on its side, a compelling argument, or even some clever wordplay have the power to command people to do things they weren’t doing, and think things they weren’t thinking, until they read those words.

In fact, humans seem to crave a clever, well-crafted phrase. Think about church signs: “Honk if you love Jesus. Text while driving if you want to meet him.” Or T-shirts, which are just little cotton-poly billboards that you wear on your body. “I’d rather be someone’s shot of whiskey than everyone’s cup of tea.” Or even bumper stickers on our cars. “Huge Financial Burden on Board."

As effective as they are, clickbait headlines are disposable headlines. To be clicked on and then forgotten, once their only job - to make you click - is accomplished. How depressing.

Yes, headlines are still here. But not always in a good way. A whole industry has popped up that uses the incredible power of the headline … just for clicks. Yes, I’m talking about clickbait. “10 weird ways to…” “5 crazy things you…” and the classic “You won’t believe what happened next…” are all tactics learned from David Ogilvy’s rulebook.

As effective as they are, clickbait headlines are disposable headlines. To be clicked on and then forgotten, once their only job - to make you click  - is accomplished. How depressing.

So, instead, let’s turn to a headline campaign for a real brand that you may remember. When I say ‘The Economist’ you will immediately see white type on a red background. And if you’re really keen, you’ll probably remember headlines such as… ‘I never read the Economist’. ‘Great minds like a think’. ‘Question the Answer’. This all-type campaign continues to this very day – ‘Trump Donald’.

Oh sure, you say. That campaign was started by David Abbott. Arguably the worlds’ best copywriter. I can’t do that.

How about the ongoing Spotify campaign for Out of Home? Spotify crunches data about user habits year after year to make hilariously insightful headlines, which are usually paired with low-fi stock photos. “Dear person in LA who listened to the ‘Forever Alone’ playlist for 4 hours on Valentine’s Day… you OK?” or “To the 1235 guys who loved the “Girls’ Night” playlist this year… we love you.”

In Spotify’s case, when you have a tonne of interesting and constantly changing data to craft ideas from, a headline campaign can last for years, producing dozens, if not hundreds of lines. In the case of my next example though, sometimes you need just one good one.

How about white-labeled grocery staples. Or in this next case, yellow labeled. The campaign currently running for No Name products used their Helvetica Neue 75 bold font, yellow label, and deadpan description of the product inside, and turned it into installation art. The collection booth was labelled ‘Collection Booth: May contain fare collector”. The platform, “Subway platform, with assorted commuters and trains”. It’s a formula that couldn’t have been done by any other brand but No Name, and follows no ‘best practices’ rulebook whatsoever. And that’s why rules were made: to be broken.

In my own career, an off the cuff headline I blurted out during a meeting became an international success and one of the best-known ads I ever worked on – a Mini in a cage with the line “PLEASE DO NOT FEED, TEASE, OR ANNOY THE MINI.” Not exactly Shakespeare on its own, but when placed above a real car in a cage, it worked.

So yes. I may be biased. I’m a copywriter. I love headlines. I love clever phrases, and funny words, and yes, even a bad pun once in a while (did you hear about corduroy pillows? They’re making headlines!). It looks like the rest of the world still loves a good headline too.

So when you’re stuck for time, and stuck for money… and the activation you wanted to do in the city square isn’t feasible, it’s too late in the timeline for a TV production, and your favourite photographer is overbooked and over your budget, consider the humble headline campaign. What will happen next may shock you.