How S8 Turned Cannes into a Creative Playground 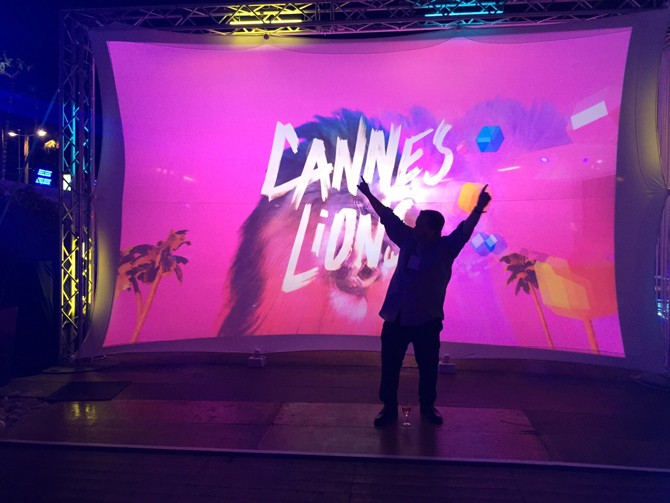 When Toronto creative collective S8 was tasked with producing the filmic montages for the opening and closing galas of the Cannes Lions festival this year, it was a boon not only for the creative team, but the city itself.

“It’s really nice for Toronto to be able to be featured like this on the world stage,” says Gary Thomas, creative director at Smith, a creative and finishing house that’s part of S8. “It’s nice for the ‘little guys’ — the suppliers — to have an opportunity to take the stage every now and again and remind people that there’s great creative talent in all corners of the globe.”

Juan Woodbury, a VP and executive producer at Leo Burnett Chicago and the person responsible for organizing the creative at the Cannes galas, called on S8 to produce the two 22-minute montages after approaching his former colleague Rodney Davis, who acquired the collective earlier this year. S8 is comprised of Smith (which launched a mere six months ago as the amalgamation of production houses Notch, Lollipop, Crush and AXYZ), production shop Alibi, and editing studio Panic and Bob, and all have come together as a group for select projects over the last two decades. Davis recently added Creative Soul to the S8 roster, a creative content firm headed by music and commercial video director Director X.

“[In the past], S8 has always been sensitive about not appearing too unified, as we’ve always tried to maintain the independence of each individual company,” explains Thomas. “This was an amazing opportunity for us to build one great big integrated entity. There were no lines between editorial and production and graphics and post. It worked exactly as it was supposed to. And you couldn’t pick a better creative audience for your coming-out party.”

With five weeks to produce the two mini-films and a two-word brief of “Creative Playground,” S8 wasted no time in meeting to discuss concepts, schedules and production workflow. “We had carte blanche to figure out where we wanted to go with it,” says Thomas. “Cannes is a playground. And the idea that we settled on was classic kid games played by adults. That gave us the narrative thread that could run throughout the two days.” 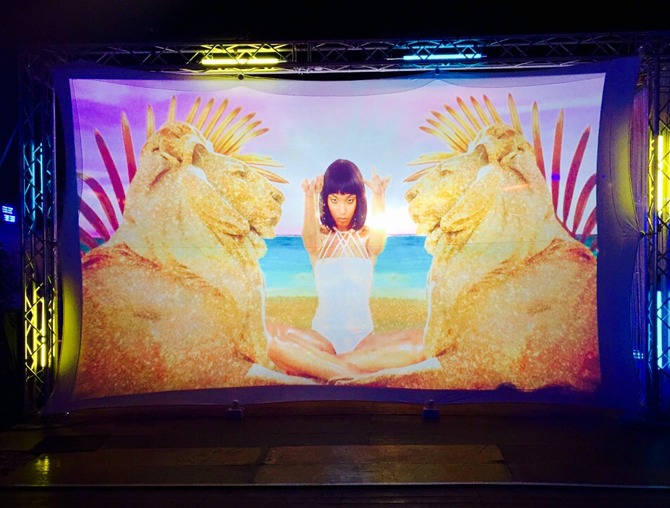 The first film aired on Monday, June 22 on the beach outside the Carlton Hotel (check out the highlight reel at the end of this article), and the second airs Saturday, June 27 at the festival’s closing party. Establishing a fun atmosphere with sumptuous visuals was paramount to both montages, says Thomas.

“We had some sense of the visuals for Cannes — how their site looks and a lot of the presentation material. It’s very fun, bright, Mediterranean, poppy colours. We wanted to bring some of that into our themes without going completely overboard.”

S8 divided the two films into themes, with one representing day and the other night. Each film has seven or eight main “vignettes,” as Thomas calls them, linked together with ambient imagery.

To achieve the playground theme, “We set up scenarios, like a ballroom from IKEA, but in the sky,” he says. “There’s war, playing with sand castles on the beach, skipping ropes, hopscotch. A lot of those really classic games, but we set them on their heads in terms of how they were being played and the people that were playing them.” 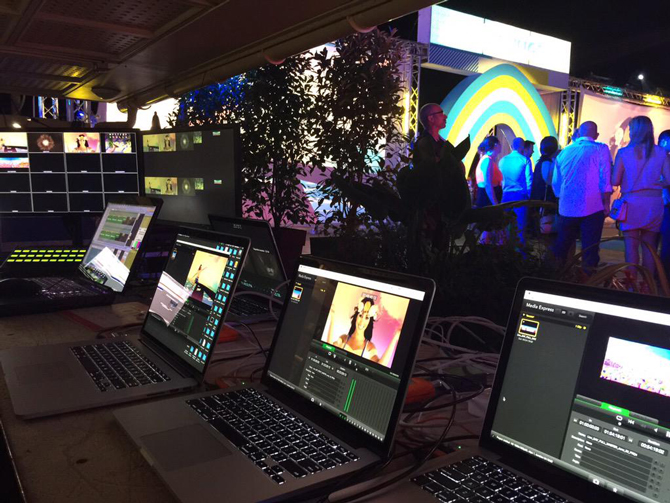 The team shot the material over nine days and used a mix of original video shot on green screen, CGI, composites, animation and some stock footage provided by Getty Images. Models, beat boys, singers, hula hoopers, gymnasts and other stunt artists appear throughout.

“There was a nice mixture of people who were interesting looking who can do beautiful stunts,” Thomas says. “Part of the draw of having Taj [Critchlow, executive producer at Creative Soul] and X is that we had access to their stylists and a lot of the people that they would normally draw on. So it has a high level of production value.”

When the montages debuted on Monday, stunt artists performed and an interactive element produced by Toronto studio nVoid ran on a large screen at the end of a nearby pier. The public can participate with the graphics used in the videos and have their interactions projected onto a live feed.

Festivalgoers can expect a departure from the montages of years past, Thomas says. “We treated each montage as its own film,” he says. “Each element has its own sense of character, and all are compelling in different ways. We approached the project a little differently in that we made it into its own little film festival, rather than just be the wallpaper at a party.”