It's your day to be Robin Hood 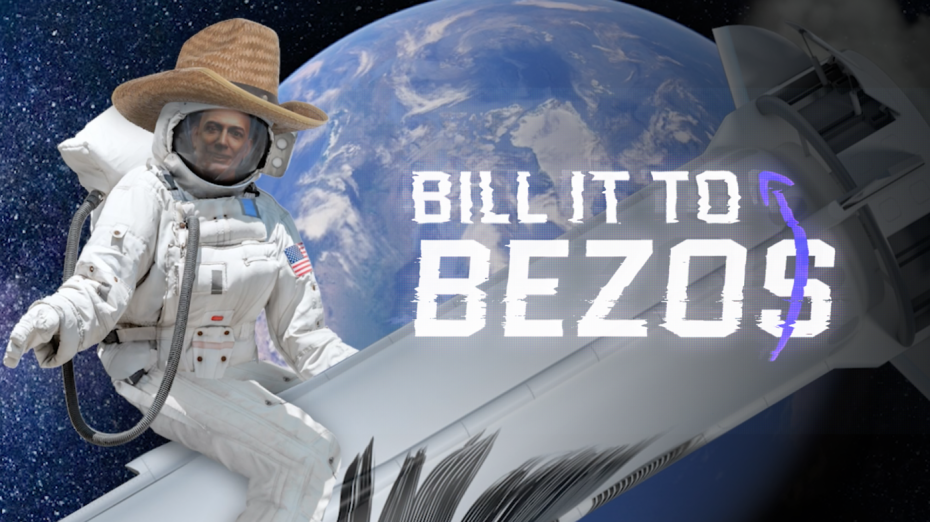 As kids my sister and I played what we called "The Robin Hood" game with the other kids in our neighbourhood. We wore capes and used branches for arcs in our own imaginary 12th century England, fighting for the poor by taking from the rich (no one wanted to play the rich nor the evil sheriff of Nottingham so trees and bushes were stand-ins for them).  It was a feel good game, all of us rejoicing in our team's good intentions - to redistribute wealth and freedom to the impoverished.

Angry Butterfly, a Toronto based agency, created a fundraising platform that will turn YOU into Robin Hood! They recently launched their "Bill it to Bezos" fundraising campaign for their client Jane/Finch centre. They based their idea on a loophole in Twitch (the gamer streaming service owned by Jeff Bezos and Amazon), which allows people to take money from a billionaire and support the Jane/Finch Centre, a community organization focused on poverty reduction, youth outreach, mental health & wellbeing. So to raise funds, they turned the community centre into a verified Twitch streamer. By simply subscribing with Prime, anyone can donate and bill it to Bezos.

How it works: Everyone with an Amazon Prime subscription is entitled to $3.50/month that they can give to their favourite streamer on Twitch, but for the most part, this money gets unused and reverts right back to Amazon (and Jeff Bezos). By subscribing to the newly created JFC stream on Twitch, JFC will be the first ever to raise money for their community in a way that’s 100% funded by Amazon. It costs the user absolutely nothing (aside from the money they’re already paying for their Prime membership), and they get to donate Jeff Bezos’ money from right under his billionaire nose, in a completely legal way.

“When we heard the idea from the Angry Butterfly team, we were both excited and nervous.Once we learned more about how the mechanics worked, we realized it was an incredible and innovative way to not only raise money through the platform, but also generate buzz, and in turn raise awareness (and further donations) for the centre.”

“Our task was to help drive donations, but we knew to really help JFC, we needed to think about it in a different way. Asking people for money is never easy, so when our team came up with a way to garner donations using a method that’s not only free for the user, but brings in one of the most wealthy and powerful men in the world as a foil, helping to spark a conversation around income inequality, we knew we had the makings of something special.”

How to donate to Jane/Finch Centre