john st. Blocks Off Some Time to Party

Gamefruitpulp, a Toronto gamer and YouTuber, has spent the last several years recreating Toronto’s blocks out of, well, blocks, in Minecraft. His 1:1 recreation of the Big Smoke is just one of the many real life recreations in the bestselling videogame of all time. Now thanks to Gamefruitpulp, john st.’s home, 172 John St., can count itself among The Eiffel Tower, Big Ben, and The Great Pyramid of Giza

To celebrate their 20th anniversary, john st. recreated its office in pixels down to the last detail—including its distinctive 650-pound concrete reception bench and the staff’s favourite elevator-riding dog, Doug. With large gatherings discouraged, john st. took their celebration online and into the ones and zeroes version of their longtime home.

“Our location has been very important to us—we’re named john st. after all,” said CEO Stephanie Hurst. “The experiences we’ve shared here —from sneaking chocolates from the reception desk to the random pigeons who like to visit the first floor—have helped form who we are over the past 20 years.”

The blocky building was kept under wraps by agency leadership until July 23rd (the agency’s opening date) until the get-together was ready to get underway. For some new hires this was their first experience of the space in the form of simulation. The experience included the agency’s beloved and long-serving receptionist reminding employees (players?) to fill in their timesheets before sending them on quests like putting out fires in production or searching for lost buzzwords. There were Easter eggs and in-jokes galore, as well as a rooftop party replete with dance floor, fireworks, bar, and agency alumni. 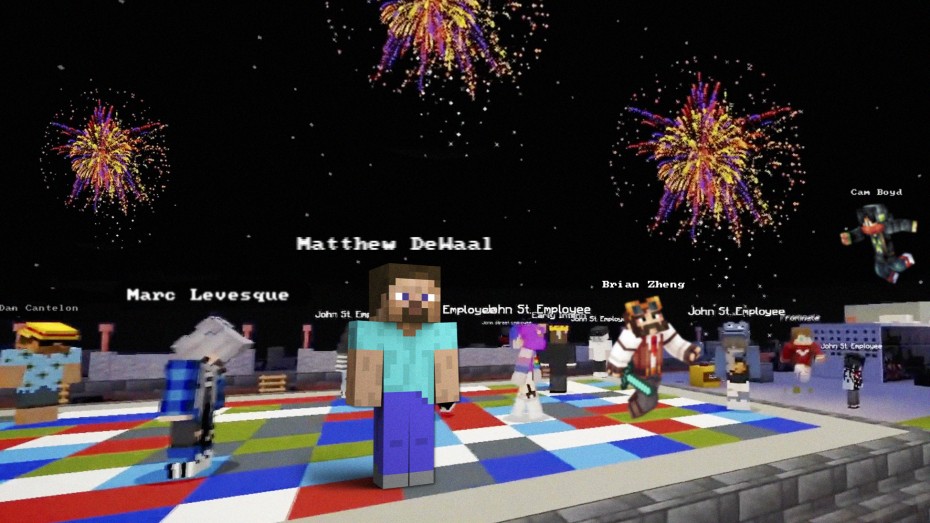 “john st. and the people who have made this agency what it is deserved a big celebration,” said Chief Creative Officer, Cher Campbell. “That’s why we had to find a way to be together when we couldn’t do it in-person and, most importantly, why we had to make it fun. A 20th anniversary is a big deal, but we as john st.’ers have never taken ourselves too seriously.”

“I’ve spent a lot of time recreating iconic Toronto buildings over the past few years, but this was my very first advertising agency,” said Gamefruitpulp. “It’s the perfect addition to the online version of Toronto that I’ve spent so many years completing.”

The building will remain in Gamefruitpulp’s Toronto cityscape, with the exterior exploration remaining open to anyone with a Minecraft Java account for several months.