Expanding the vocabulary of subvertising 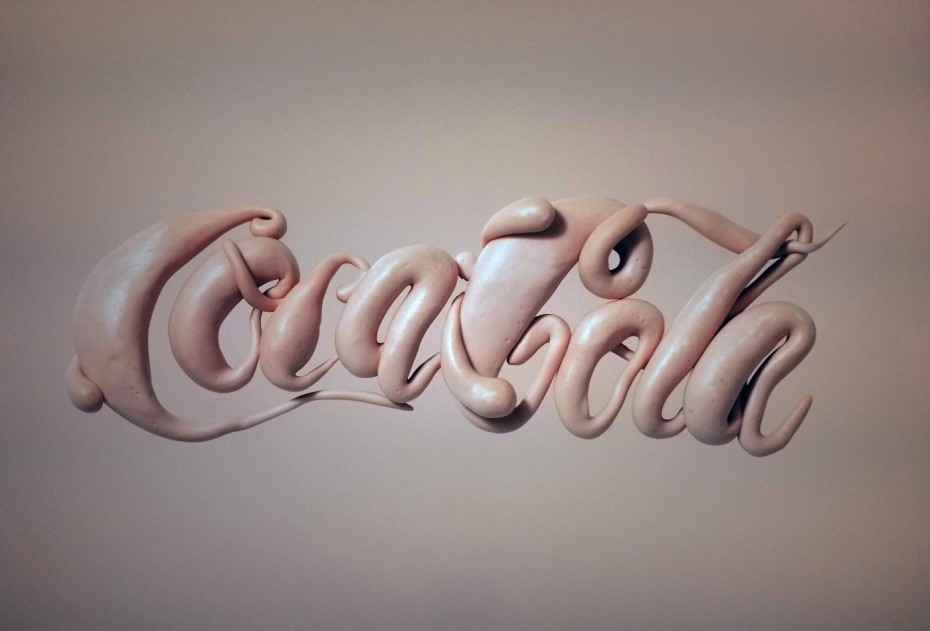 Brand iconoclast Kalle Lasn, founder of the radical Adbustersmagazine and master of the spoof ad described his signature image-making technique as a "rerouting [of] spectacular images, environments, ambiences and events to reverse or subvert their meaning." Indeed, it became a word – “subvertising”- in the lingua franca of Lasn’s ceaseless and unflinching critique of corporate culture.

A short exhibit at Toronto’s Northern Contemporarygallery entitled Off Brand features some interesting examples. It’s beyond cliché to take a corporate logo and reinterpret it to communicate something negative about the company behind it. Just Google ‘beyond petroleum’ and you’ll find hundreds of them. So to engage in this pastime you need to make it interesting. 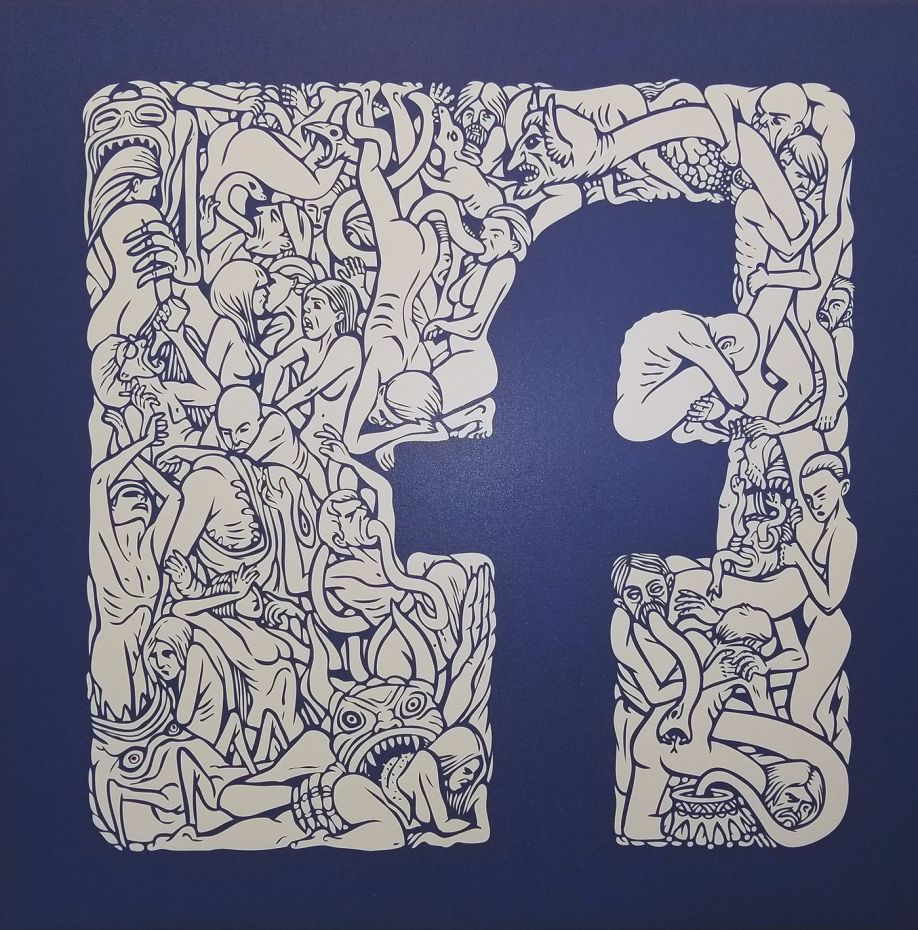 A handful of works in this show manage to do that. Take James Turner’s Envybook, a reinterpretation of the Facebook logo. What appears from a distance to be a graphic pattern surrounding the letter ‘f’ is, upon closer examination, a very graphic evocation of both Hieronymus Bosch and Dante Alighieri. Facebook the brand is represented here as a writhing pile of anguished human bodies, tormented by and intertwined with snakes, dragons and demons. A clever depiction of the social media platform’s massive capacity for bringing out the very worst in human behaviour. 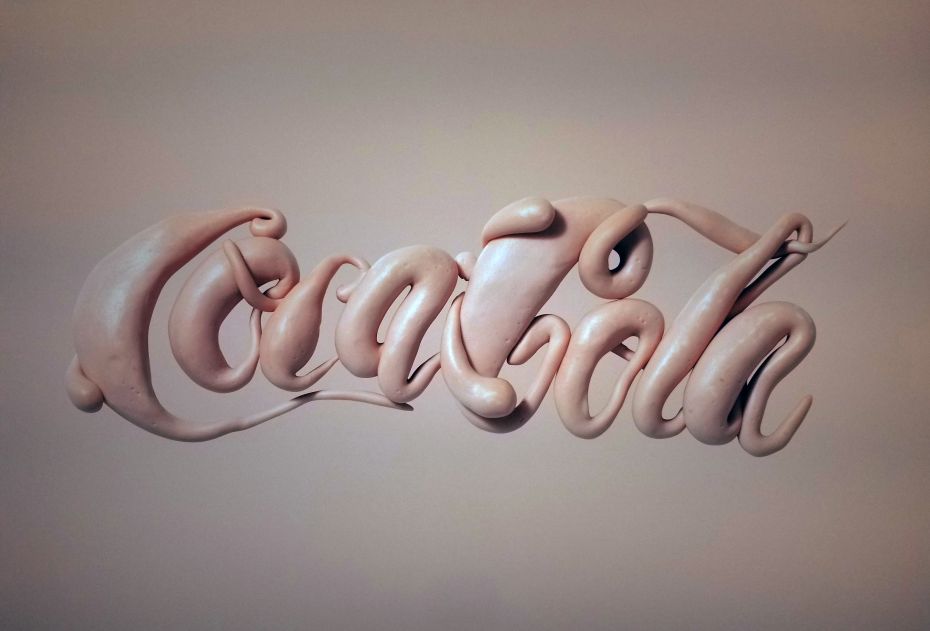 On the surface, Larissa Honeck’s Growth appears to be a pointed comment on obesity, long associated with the overconsumption of sugary soft drinks. But it can also be seen as a critique of the corporate world’s deeply entrenched belief in unlimited growth, which is in and of itself a form of obesity. 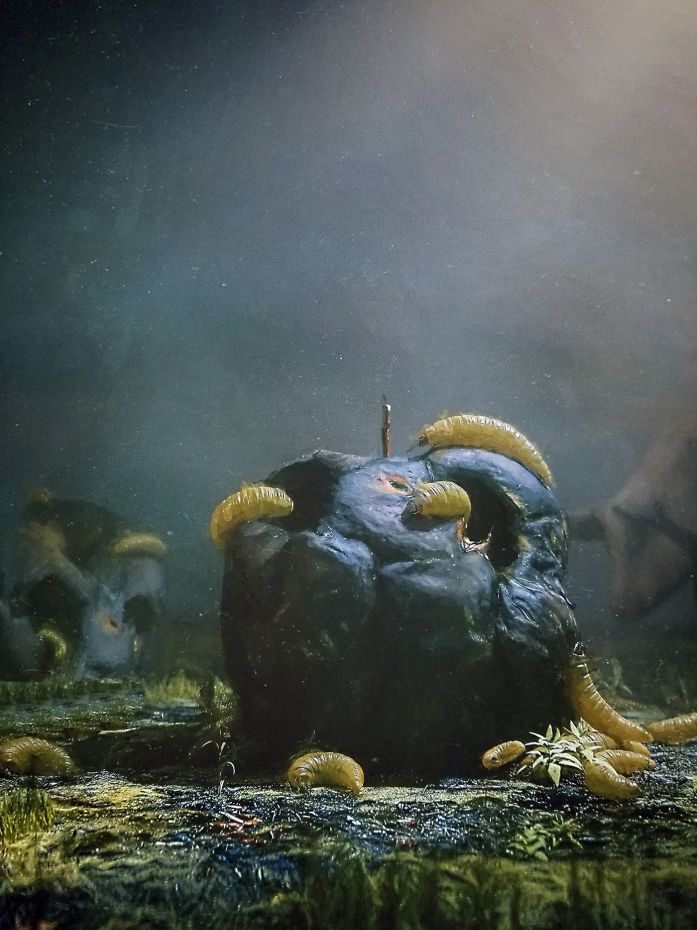 Beeple (Mike Winkelmann), “Made With Love in Cupertino

As a comment on its rotten corporate underbelly - hoarding cash offshore, executing $10 billion in share buybacks every quarter for the last 8 years - and its concomitant diminution as a beacon of innovation since the death of founder Steve Jobs, Beeple’s “Made With Love in Cupertino” repulsively takes the shine off the Apple. He makes it look like zombie fruit festering at the bottom of some Piranesian dungeon. Corporate vanitas never looked quite so sickening. 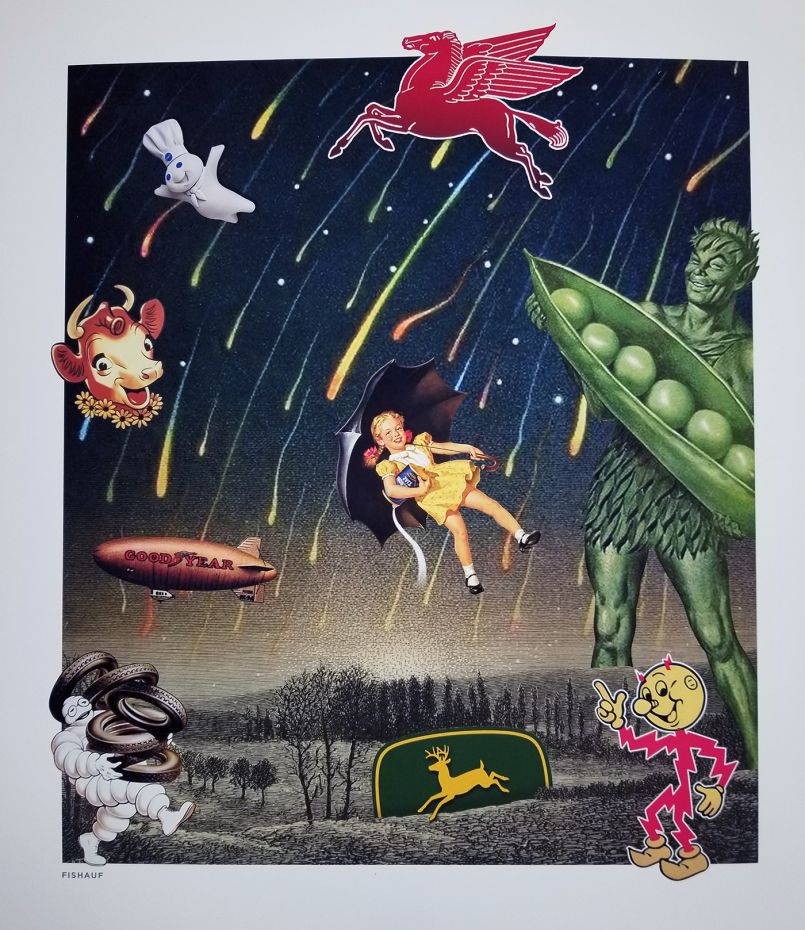 On a lighter note, Louis Fischauf’s Brand Showerpelts us with a lively collection of retro brand mascots torn from the pages of ads and packaging of the ‘40s, ‘50s and ‘60s, interspersed with a shower of fireballs falling out of the sky. If it were in Adbusters it would be an ad about brand toxicity and the environmental blindness of big brand owners. Whether that was intended or not, Fischauf’s deft and ironic use of archival imagery has always made me feel like I am on a very pleasant but mildly spooky acid trip.

As a practitioner with experience on both sides of the client/consultant divide, I always find this kind of Lasnian brand-bashing entertaining. But given its proliferation over the last decade, one tires easily of its propensity for heavy-handedness. Thankfully Off Brand had a few standouts.