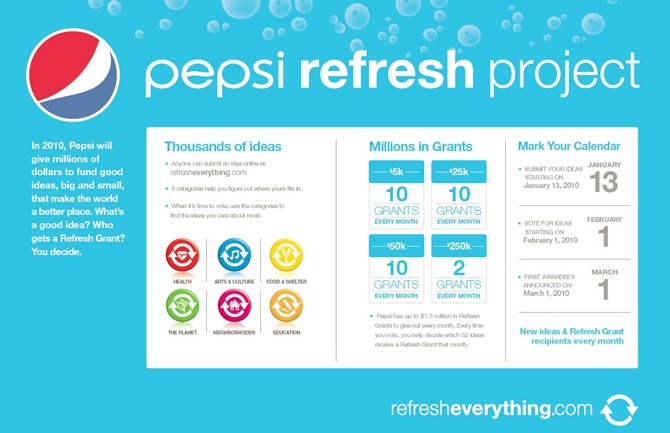 Technology is a powerful force in marketing. Just look how it's blinded us to reality

It's been a busy few weeks for people who question the wisdom of putting technology in charge of marketing. First, the great Dave Trott took on the ambitious task of finding out what the word content actually means. He quickly discerned that it can mean just about anything, irrespective of quality. It is filler, much like the cargo shipped in an 18-wheeler. Like a trucking company, the Internet provides transport, and it doesn't care any more about the quality of what it's delivering than a long-haul driver would. The Internet gives its technology priority over the ideas one hopes will fill it. Which, of course, is a cardinal sin to those who remember traditional advertising at its best.

Soon after Trott's blog post came a lengthy piece by Ian Leslie, recounting the decline of traditional advertising and proposing that it's still very necessary — even though its benefits can't necessarily be supported by big data.

Traditional agencies have sought to reinvent themselves by adopting the liturgy of the digital faith. It is routine to speak of engagement, conversations and loyalty, occasionally invoking big data to suggest that the value of all this activity will eventually show itself in a measurable way.

But if brand engagement has any connection at all to sales, that message never got through to the participants in the Pepsi Refresh Project. 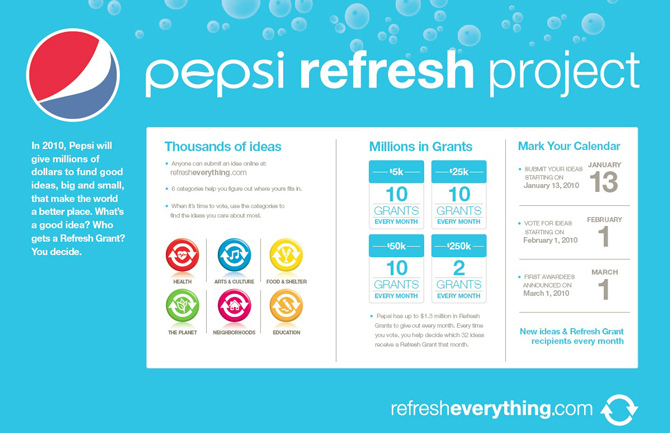 If you were on social media in 2010, you probably got at least one request to vote for someone's baseball diamond or seniors' program or tree planting event. The ambitious scale and cost of the Pepsi Refresh Project forced the brand to cancel its traditional advertising buys, including the annual Super Bowl spot. Initially, the gamble seemed to pay off: The Refresh site collected more than 80 million votes, the Pepsi Facebook page got nearly 3.5 million likes, and the brand's Twitter feed gained nearly 60,000 followers. But the sales figures told a very different story: In the year following their move to digital advertising, Pepsi and Diet Pepsi both lost about 5% of their market share. Correlation certainly doesn't equal causation, but when Pepsi moved from #2 in the market to #3 (behind Coke and Diet Coke), Pepsi executives drew the obvious inferences, and the Refresh Project was scrapped.

The problem is that, for all our talk of engagement, loyalty and brand conversations, we don't have much to support the efficacy of those investments. In fact, the hard numbers we do have suggest that the social approach to marketing is pretty much useless.

This is Professor Andrew Ehrenberg, a German-born statistician who died in 2010. 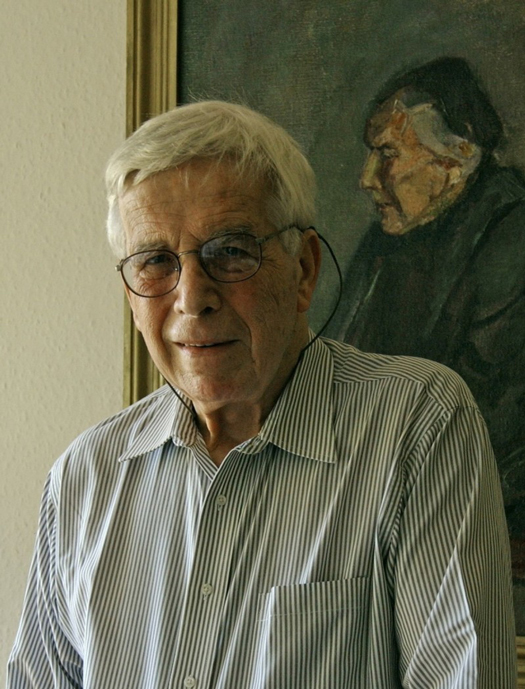 Ehrenberg believed that the methods of physical science are also applicable to the social sciences, including consumer behaviour. In 1984, Ehrenberg published his NBD-Dirichlet model of brand choice (summarized nicely here). Behind Ehrenberg's dense statistical formulae lay simple, commonsensical assertions that will bring no comfort to the fans of Lovemarks. To wit: Most of a successful brand's revenue comes not from loyalists or fanatics, but from occasional users. Thus, most of Coke's sales come from the tens of millions of people who buy it just once or twice a year, buying Pepsi or something else the rest of the time. Consider this chart published by Professor Byron Sharp, a follower of Ehrenberg's: 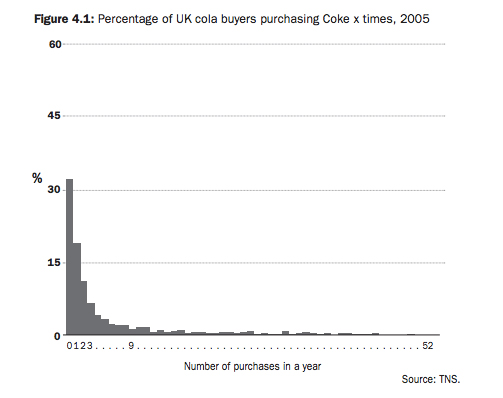 The tall bars on the left represent all of Coke's occasional purchasers in 2005, the ones who are unlikely to engage or do anything else with the brand online. The barely measurable bars on the right show all the passionate Coke loyalists, the daily drinkers, the ones at whom so much digital cash is being thrown. (By the way, Ehrenberg's model shows a nearly identical pattern for Pepsi, and for all kinds of brands in other categories, too.)

So digital media's claim to fame — targeting consumers based on their online behaviour — is, in statistical terms, a waste of money. But if you've ever been pursued online by ads for things you've already bought, I'm sure this will come as no surprise.

To Byron Sharp, advertising works best when it tries not to persuade, but to be remembered. The goal is to take up a bit of data space in the consumer's brain so that you're thought of as interesting when the consumer reaches the shelf. It's simple and logical. And it just happens to be the thing traditional advertising still does really, really well.