Will Novosedlik on the Catastrophe known as Tone Deaf Advertising 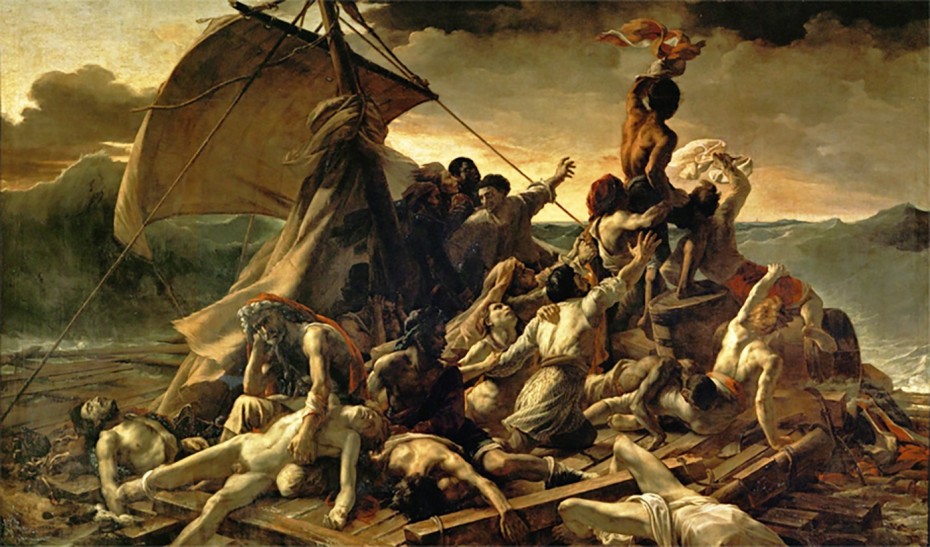 What Gericault, Michelangelo and Julian Barnes can teach us about the tone-deafness of Virgin Voyages’ current social campaign.

In 1819, Théodore Gericault made the above painting, The Raft of the Medusa, long hailed by art historians as the bold and explosive launch of the Romanticist movement in European visual art.

The painting was, as they say in the movies, inspired by a true story, in this case the shipwreck of a vessel called The Medusa 100 nautical miles off the coast of Mauritania in 1816.

As the story goes, the raft was constructed as a means of escaping the shipwreck. It was launched with 150 souls aboard, and after 2 gruesome weeks of exposure, starvation, thirst, murder and cannibalism, its 15 remaining survivors were miraculously rescued by a passing vessel called the Argus. While the story shocked Europe, the painting rocked the art world, seen by critics as an attack on prevailing aesthetic sensibilities as well as a blistering critique of post-Napoleonic politics and culture. 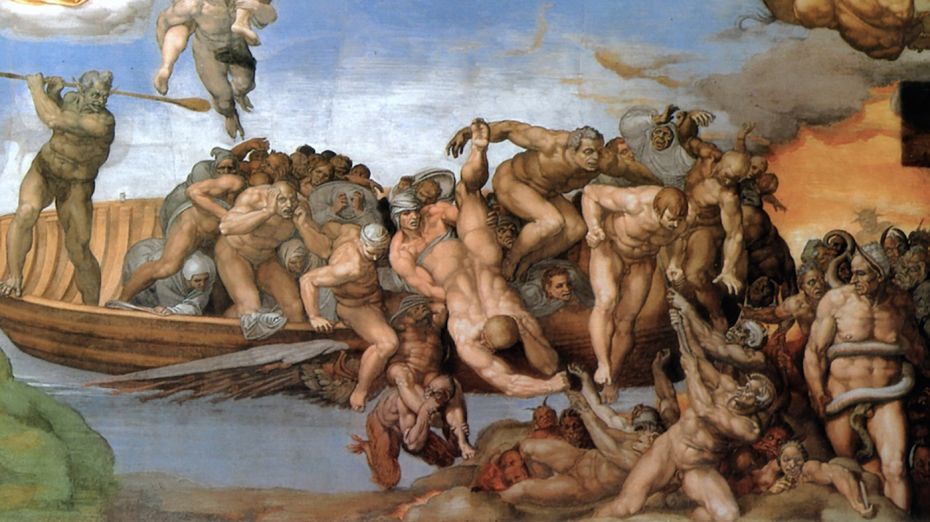 One of Gericault’s inspirations for the work was Michelangelo’s Last Judgment, painted on the sanctuary wall of the Sistine Chapel in 1541. Near the bottom of this massive fresco we see the mythical boatman Charon ferrying souls to Hell, swinging his oar at the condemned to get them off the boat. You can see the same emotional and physical torment in these writhing figures as we see in the desperate gestures of Gericault’s deranged sailors.

In 1989 the British author Julian Barnes wrote A History of the World in 10½ Chapters. It is a collection of stories of seafaring disasters, and it includes an essay on Gericault’s painting. The book reads as an allegory of how the Earth itself and its ‘crew’ of humans is ultimately a ship at sea, exposed to all of the risks and threats of an ocean voyage. 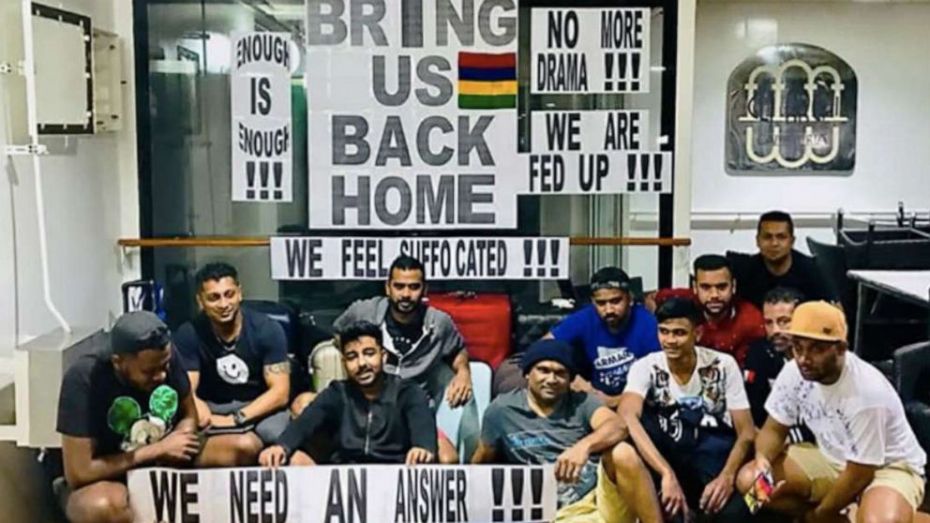 On September 11, 2020 ABC News reported that there were still approximately 300,000 seafarers stranded on their ships because of Covid 19. Thousands of those were stuck on cruise ships. Already known for substandard working conditions, cruise ships are often referred to as ‘floating sweatshops’.

They are also floating toilets. According to a study by the US Environmental Protection Agency, they dump as much as 1 billion gallons (3.8 billion litres) of raw sewage into open waters every year. If that sounds too abstract, a single vessel of 3,000 passengers dumps up to 10 backyard swimming pools-full of poop into the ocean every 7 days. Since the cruise ship industry is the fastest growing segment of leisure tourism, having doubled in volume over the last decade, ships have become far bigger, many now capable of carrying 8,000 passengers. Do the excremental math.

While Covid has certainly shone a light on the dark underbelly of the cruise industry, that hasn’t stopped Virgin Voyages from pelting social feeds with weekly posts promoting the latest addition to its fleet, the flagship Scarlet Lady. Completed in April of this year, just when we were hearing about the hundreds of thousands of cruise ship crews who were stranded at sea, Virgin’s newest sea monster is no doubt costing rear-admiral Richard Branson untold millions sitting idly at quayside. It may be shedding cash like a diarrhea-stricken whale, but how tone deaf do you have to be to sell tickets to a cruise when thousands of people are still dying of the plague daily?

Apparently, Gericault approached his subject with the discipline of an investigative journalist, conducting a minute forensic reconstruction of the event, as well as extensive interviews with the survivors. His research took ten months. The painting took another eight.

Rather than posting from the poopdeck of the Scarlet Lady, maybe Virgin Voyages should take a cue from Gericault and do some listening of its own before launching a campaign in the middle of a plague. /wn