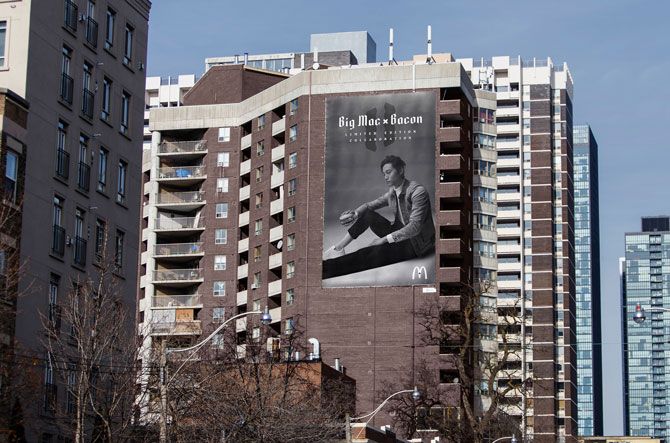 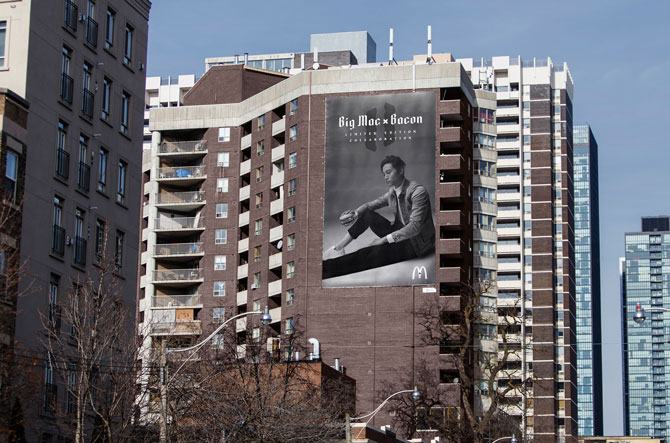 McDonald’s Canada is riffing on millennial culture with its latest “Big Mac x Bacon” campaign to celebrate the 50th anniversary of the Big Mac.

The “limited-edition collaboration” developed by Cossette introduces the iconic sandwich to bacon and takes a cue from hyped-up fashion collabs like Alexander Wang x Adidas and Fenty x Puma.

“The Big Mac and bacon are two of the most talked about foods on the planet. They’re bonafide culinary celebrities,” says Peter Ignazi, global chief creative officer of Cossette. “So when the two get together, it’s the ultimate collaboration. We wanted to position the Big Mac x Bacon to rival the likes of Adidas and Kanye.”

A teaser during the Grammys telecast at the end of January hinted at a big collaboration called BMxB, before the full rollout of the campaign dropped last week. Arty black-and-white ads on TV, outdoor and online pump up the idea of the partnership being one that has major cultural impact. Cossette also developed a custom playlist, a sponsored playlist and ads for Spotify, and is engaging influencers on social media to help spread the word. 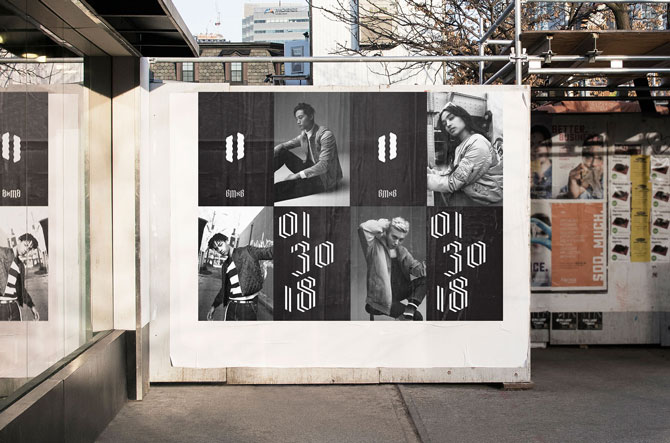 “All the work during the teaser phase really shines for us. It ended up doing exactly what we wanted,” says Ignazi. “There were posts all over social media speculating what was dropping on January 30, and what ‘BMxB’ meant. When the mysterious 15-second commercial during the Grammy’s promised ‘the combination of two greats,’ a few keen viewers thought for sure it was the collaboration between Bruno Mars and Beyoncé.”

He continues, “Sneaker culture takes itself really seriously—hour-long lineups just for a chance to buy a pair of rare shoes you’ll never even wear. But the Big Mac is one of the most widely available products on the planet, and as most people have realized, you can still ask to add bacon to it after the “limited-edition” promotion ends.”

Check out some of the spots below.