Mixing Things Up with Grand Marnier 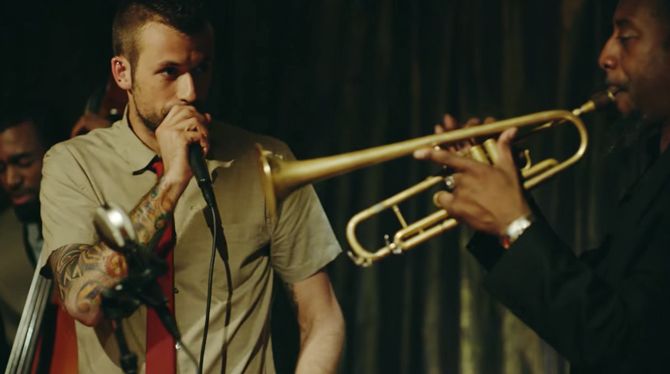 JWT Canada recently created a youthful new online film to knock Grand Marnier off its dusty, out-of-reach shelf in your parents’ liquor cabinet and into the hands of millennial males.

“It’s a really fun project when you take an old brand that has been sold and marketed to the 65+ age bracket and bring it to young people,” says Don Saynor, VP, associate creative director at JWT Canada. “[Grand Mariner had] kind of been doing the same thing over and over again, getting flat growth. It was a major step to change the target.”

But getting the new target on board with a new product didn’t mean starting completely from scratch. “Everybody knows the bottle. It’s on every bar, they see it there, but they haven’t tried it before. There was no distribution problem…it’s just that no one was drinking it,” Saynor says.

His team pinpointed the new demographic as urban males in their late twenties. Part of what would ultimately make the target shift effective is what Saynor calls the “brown spirit trend.” There’s been a rise in young people, specifically “hipsters,” who have acquired a taste for small-batch bourbon, scotch and other whiskies. Grand Marnier falls under the flavoured brown spirits category, along with Jack Daniels Honey, Fireball, and others — popular because “they’re easier to get down,” he explains.

Once they’d determined the target, the idea for the 100 per cent digital “Blend Out” campaign came somewhat naturally. Louis-Alexandre Marnier Lapostolle, the maker of Grand Marnier, was one of the first to blend two spirits together when he mixed French cognac and orange in 1880. “They thought he was a heretic,” Saynor explains. “But he was, oddly, a trendsetter. So that idea of mixing two things that don’t seem to go together to form something new was kind of intriguing to us.”

Keeping this in mind, JWT conducted casting through MassiveMusic New York, screening 30 beat boxers before settling on Rizumik, a Portuguese performer living in New York City who had also won the 2012 American Beatbox Championships. “We had this idea of a beat boxer who was going to transform — that’s how we came up with the first film,” Saynor says. In the final cut of the video, which was produced by Spy Films, Rizumik goes out on the town, floating from a jazz club to a salsa bar to a country bar, and beat boxes to the music at each place. “He’s mixing one genre with another, and [the spot] did really well when we showed it to guys,” Saynor says. “They were, for the first time, interested and intrigued by trying Grand Marnier.”

The rollout also includes full-length online videos of Rizumik at the jazz bar, salsa bar and country bar featured in the final cut, and is complemented by a major sampling campaign — part of which will be a shot program where the brand instructs customers on how to properly drink Grand Marnier.

In conjunction with media partner Havas, JWT negotiated a deal to embed Grand Marnier advertising in a Universal music video. Billboards in the next Avicii video will feature the Blend Out campaign. Saynor also points to an in-the-works promotion with Soundcloud and Montreal DJ A-Trak to remix the music used in the online film. The next full-length installment in the "Blend Out" series will be out next year.

JWT Canada also handles the Canadian Grand Marnier account, but Saynor says the Blend Out campaign will remain in the US market for now. “In Canada, Grand Marnier is used to mix cocktails, but in the US we are presenting it as a shot brand,” he says. He doesn’t rule out the possibility of the concept being introduced in Canada, depending on its success. “All signs right now say that there’s significant traction [on Blend Out]. The industry, and specifically the bar trade, is very pleased.”

Watch "Blend Out" below.