New Campaign From Here Be Monsters 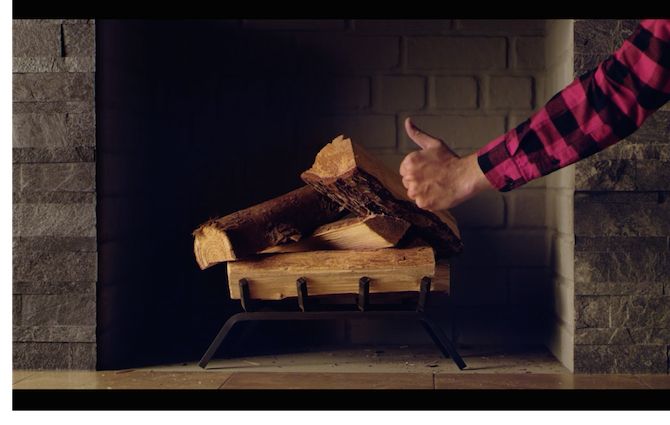 Just in time for the winter season, Here Be Monsters (HBM), an independent agency based in Vancouver, updates a classic holiday tradition for their newest campaign.

Continuing the campaign for their client, Noodlebox, a Southeast Asian noodle bar in Western Canada, Here Be Monsters has created the ‘Fire Makes all the Difference’ campaign.

The feature of the campaign is a 60-minute long video featuring a classic Yule log fire - that never catches fire. It’s what HBM calls the ‘Unlit Yule Log’. Take a look at the video below.

“People are funny creatures,” says Matt Bielby, creative director at Here Be Monsters. “We are utterly captivated by fire. So when we remove the fire we love, we can’t help but sit up and take notice, especially when it comes to something as traditional as the Yule Log video.”

Since fire is so closely intertwined with Noodlebox and their food, removing it is a comical way to show that fire is essential to the company and their brand.

"Noodlebox is always fun, fiery and festive,” says Dustin May, chairman and CEO at Noodlebox Canada. “The mood in the restaurant is always happening; flames are leaping in the kitchen and there’s an excitement in the air. People are drawn to it."

Here Be Monsters also carried out the campaign without the holiday aspect. Take a look at their other videos.

Posters also accompany the holiday campaign, featuring festive Christmas carols lyrics without the reference of fire - “chestnuts roasting on an open book,” is one that can be seen throughout. DSA Media planned the pre-roll ads, social media videos and promoted posts to get the message across. The campaign will run until the end of December. 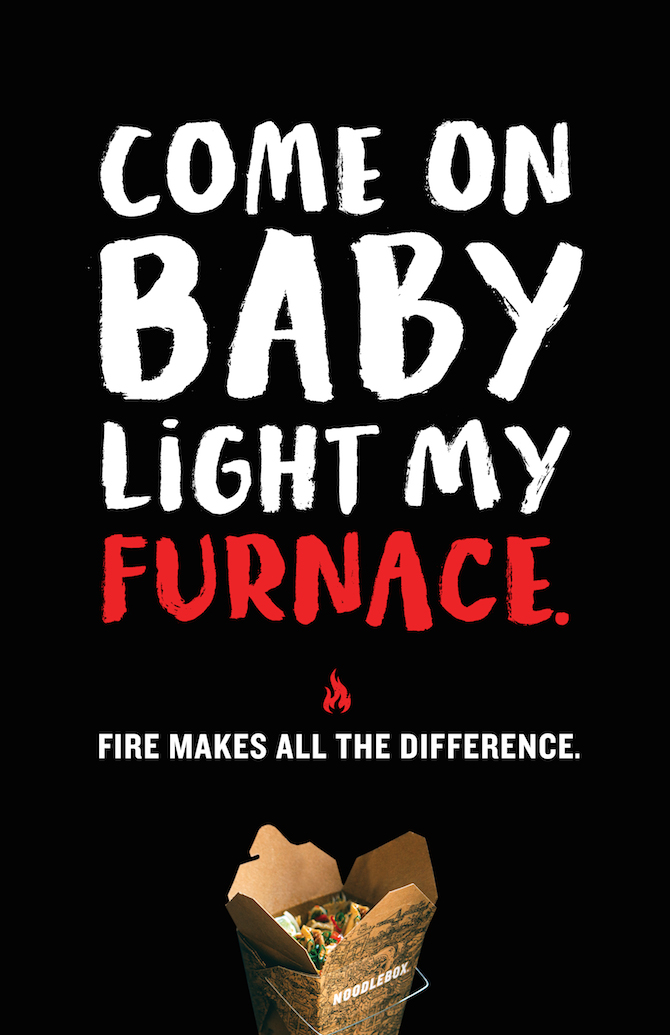