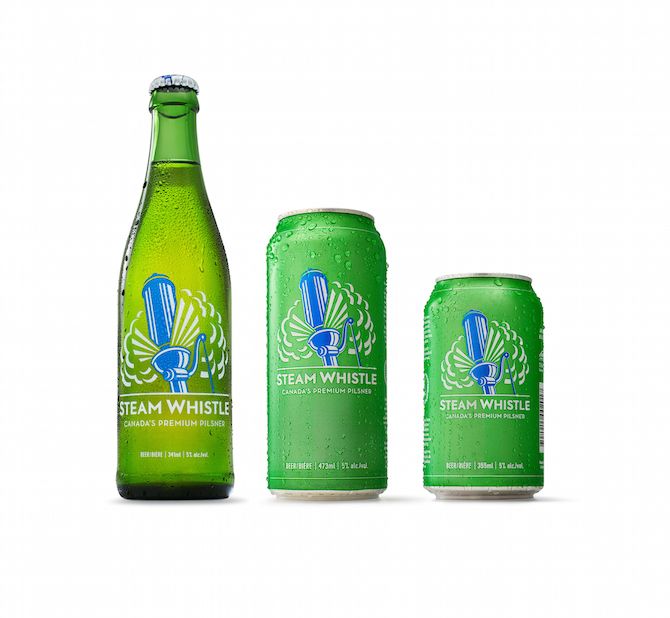 The last time Steam Whistle updated their overall brand design and look, it was the early 2000s. And in those 17+ years, Steam Whistle has grown and changed as a company. Under the direction of senior designer Dan Perrella, the creative team set out to design a new identity. One that would highlight the growth and change of the company and shift Steam Whistle towards a more premium direction. 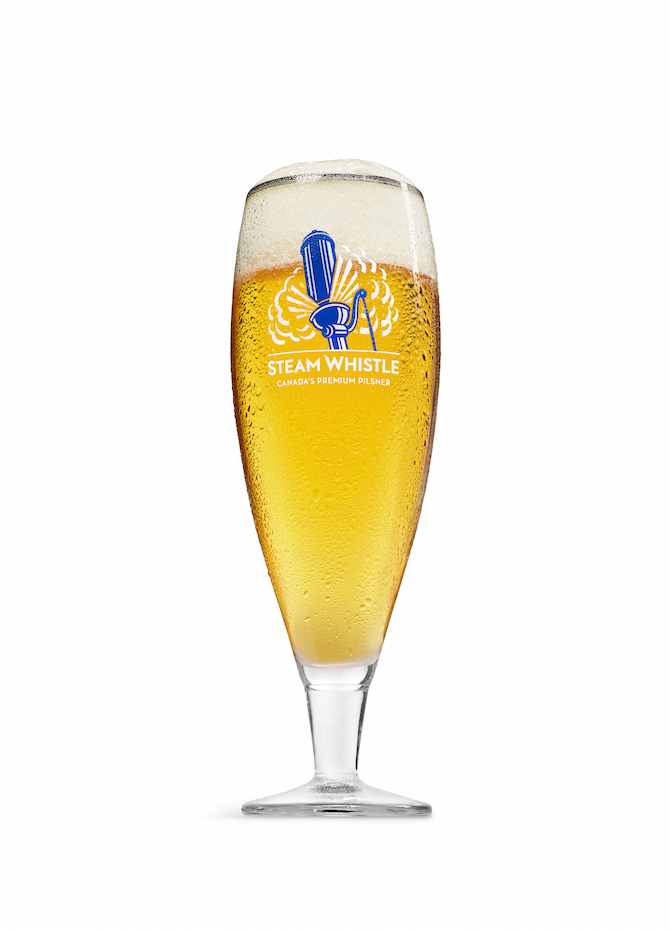 “We realized that we needed to evolve with the changing tastes and styles of our growing demographic,” says Perrella. “[The] inconsistency of brand appearance made it clear to us that it was necessary to consolidate and simplify our brand into a unified identity.”

The scope of the project includes two versions of a logo and primary packaging redesign. Both versions can be simplified to showcase the whistle, which can be used as a stand-alone element. The word mark has been refreshed, swapping the original serif font for a modified Neutraface typeface. The ‘T’ and ‘E’ were also given customized details. 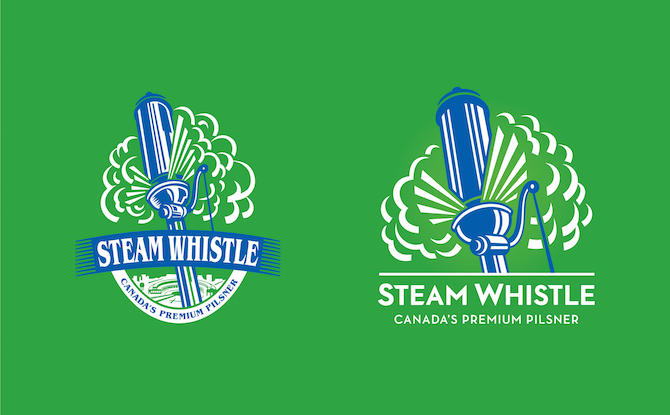 Although this redesign covered many aspects of the Steam Whistle brand, it was important for Perrella and the rest of the team to stay true to their origins. They even paid homage to the original roundhouse illustration, placing a reworked version on beer packs. “It was an evolution not a revolution,” says Perrella. 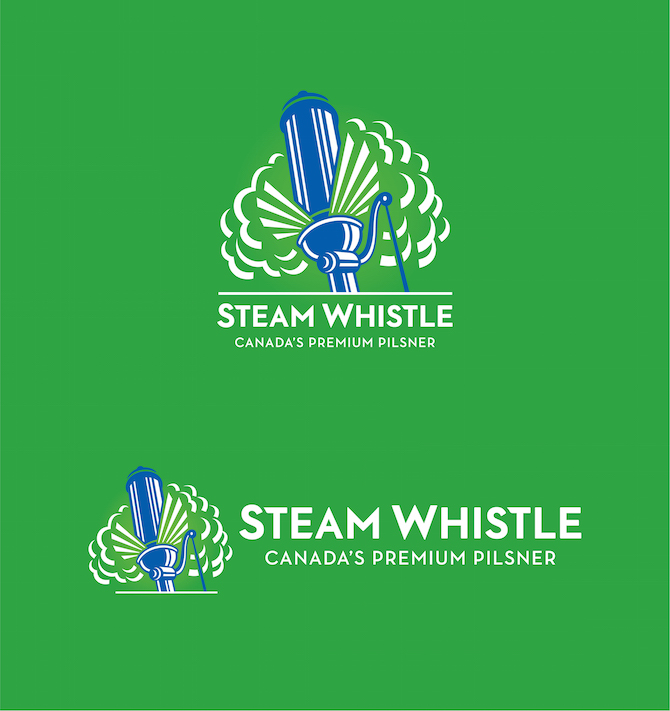 Beer cans and pint glasses were given an extra look of modernism by adding platinum coloured details. Small angled lines were added to the cans to create texture. The new 473mL tall can was seen at the RBC Canadian Open last week, as Steam Whistle was the official beer of the open. 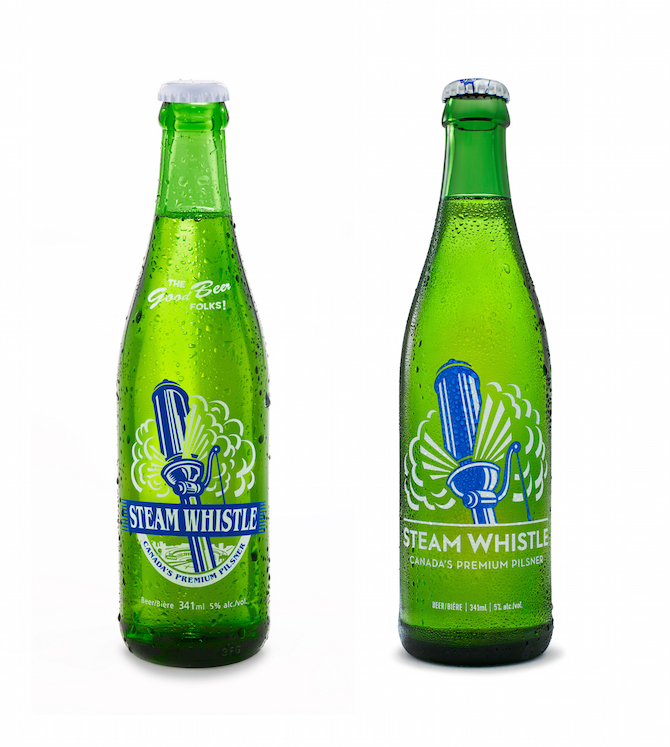 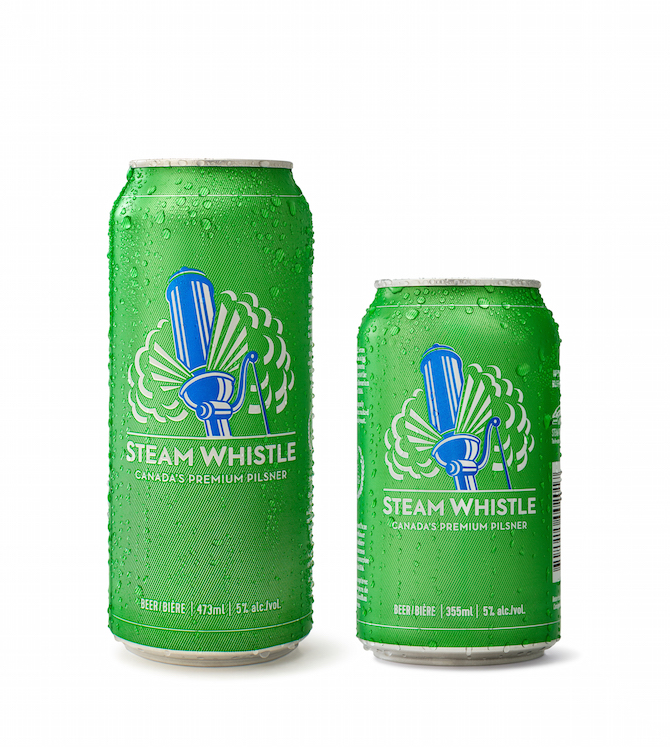 “The look of the new bottle and cans were redesigned to match the level of quality we offer in our premium pilsner,” says Perrella. “We took a minimalist approach and reduced the graphic elements on each vessel to bring the focus back to our iconic Steam Whistle.” 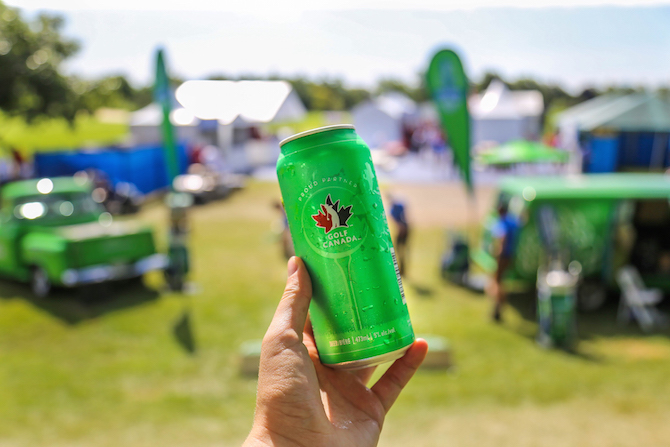